Dave Logan, former recon marine and ex-cop is a man who lived inside the box of government restrictions and red tape for many years. When he had enough of seeing criminals and corruption continue despite his best efforts because of that red tape, he decided to do something about it. He assembled a group of
likeminded men with unique skill sets, cowboys of a different sort, to combat crime in the new wild, wild west.  Deep Six Security exists to fill the gap between the right and wrong side of the law. The men of Deep Six operate just beyond the box. They are willing to do what it takes to keep their home state safe. They are patriots, rebels and most importantly renegades. They are as different as night and day, but they have one thing in common, their love of
God, country and the great state of Texas.

If the six pack doesn’t work, there’s always a shotgun and a shovel… 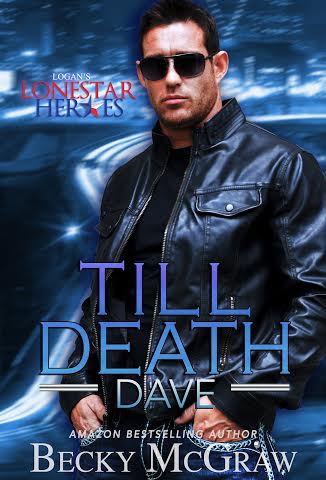 Dave Logan, owner of Deep Six Security, is stunned when former Dallas FBI head, Susan Whitmore, darkens his doorstep accusing him of being the cause of her losing her job. After hearing her situation, Dave feels something he never expects to feel–sorry for her. But he also knows any problems she had at the agency were all her own fault. The woman has a tongue so sharp it could rip a man to shreds, and had many times. There was a reason her agents dubbed her the Barracuda.

Although Dave needs agents in the worst way, and Susan, with an IQ higher than Einstein, better skills and more experience than any of his men, along with a master’s degree in criminal justice, is more than qualified to be a member of his team, he just doesn’t need the drama she and her mouth would bring to Deep Six . Even as his brain said no way though, his damned white-knight complex forces him to offer her a job as his temporary secretary.

Realizing he’s made a huge mistake hiring her, Dave calls in favors to get her interviews to get her out of his office. Before he can get rid of her though, Dave gets a new case only Susan can help him with. A wealthy Dallas oilman and his trophy wife ordered a designer baby from a local fertility clinic, and the surrogate has gone missing with the baby. The couple wants Deep Six Security to investigate the facility and find the baby, but the only way Dave can do that is to get inside. To get inside his only option is to go undercover with Susan, posing as a wealthy married couple looking for a baby. What they find when they get to the spa-like compound is frightening. Payoffs, missing surrogates and young women being used as lab rats are just the tip of the iceberg.

Can two alpha personalities, both used to being in charge, work together long enough to figure out what’s going on at the clinic, or will they kill each other before the bad guys at the facility have a chance? If they’re lucky, perhaps the delicious friction between them will turn into something so hot the place spontaneously combusts. Or if they’re luckier, maybe it will turn into something which might just last till death do them part.

This first book in the Logan’s Lonestar Heroes grabbed my attention on the first page and didn’t let it go.  The rapport between Dave Logan and his staff is perfect with snipe, innuendo, and truths that sometimes hurt.

When I realized Dave was going to hire Susan Whitmore, I just shook my head and thought, he’s doomed..

There are several levels to the case they are working on. Dave has to make some decisions his crew is not totally down with, but go along because he is the boss.  Susan and Dave go undercover to for this case and when they come together, FIREWORKS! In more ways than one.

I would normally add my favorite passage here but you can read the whole thing below in the excerpt.

Five contented PURRS for this Book.

Becky McGraw I can’t wait for the next one!

Keep reading after the excerpt for a Bonus scene not in the book! 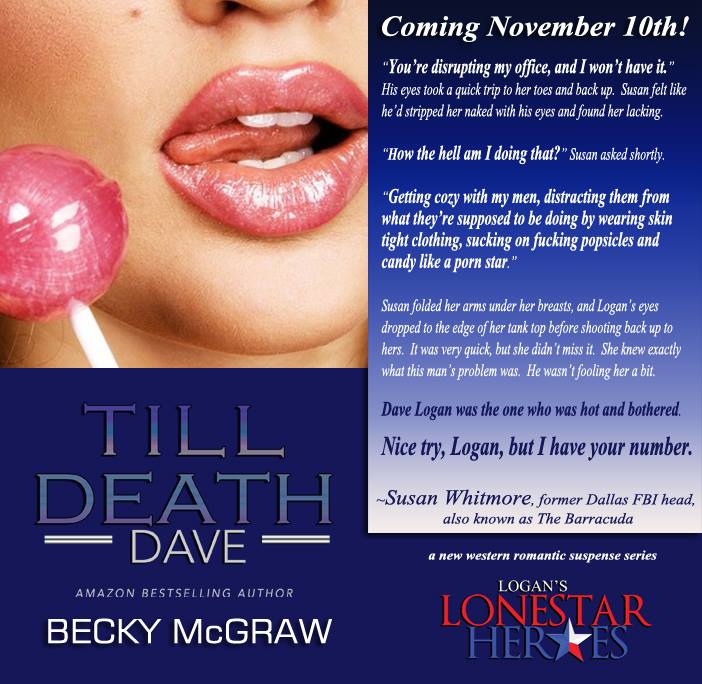 Dave huffed a breath too as he followed Mac out of the conference room. Yes, the sooner he got Susan out of his office the better. He had been avoiding her like the plague, hadn’t seen her since their confrontation over the popsicles, but he knew now his luck was running out.

Against all odds, his men were becoming attached to her and she was obviously encouraging it. The last thing he needed in this office was friction or drama, and he could see it coming with the new Susan Whitmore fan club. Dave just needed her gone, before she embedded herself into his group and removing her would be like extracting a cactus spine.

Just as he rounded the corner into the outer office, Susan walked out of the kitchen toward him. She was sucking on something, but it didn’t look like a popsicle. When she got closer he realized it was some kind of candy. It was also the first time he’d seen her that day, or any day since the day he told her to lose the baggy suits.

Her new uniform of choice was skin tight yoga pants and a tank top. No wonder his men were gaga. Dave just barely kept his own tongue from flapping out of his mouth, as his eyes ticked over her full breasts and down her mile-long, muscular legs to her toes while she walked over to her desk. Dave knew Susan was athletic, and over the years he’d often wondered what her body looked like under those baggy black suits. Well he didn’t have to wonder anymore. Every square inch of her tight body was right there for him to see. There was absolutely nothing left to his imagination. Good God—she was built like a brick shithouse. His body quickly registered that fact too.

Susan paused at her desk and held his eyes as she slowly slid the white stick out of her mouth until a round, pink ball appeared. She stopped to twirl the candy between her lips, which made matters much, much worse. As she pulled the candy from her mouth, it made a sucking, popping noise and Dave bit back a groan.

Susan’s eyebrow lifted, and she smiled. Waving the candy at him, she said breezily, in that husky voice of hers, “Howdy, stranger. Did I catch you before you scurried into your office like a cockroach? Or did you need something?”

Now, that was definitely a loaded question, Dave thought, as he stood there staring at her breasts. He couldn’t help himself from giving his imagination free rein. Unless she was a mind reader, it wouldn’t hurt, and he didn’t think her super brain had given her that superpower. If it had, he was probably a dead man, because with her standing right there in front of him, he imagined her throaty, raspy voice would sound just that way when she moaned as he lifted her hips and shoved his aching cock inside of her body. Her body would make that delicious sucking, popping noise she’d made with the candy when he pulled back out. He’d fuck her slowly, torture her until she begged him to make her come. His name would be a hoarse, almost soundless, whisper on her full
lips when he finally gave her what she asked for. Her body would clutch his dick, squeeze it like a vise, pulling him further inside of her with every pulsation of her orgasm, until he came too. Dave would fuck her all night long in every position he could think of, and some that had yet to be invented. She would have to beg him for a few minutes to catch her breath in that same raspy voice.

If given the chance, Dave would spend all night long, hell a week, giving her exactly what she was asking for by wearing those clothes, sucking that damned candy, and using that breathy whisper. At that second, he wanted that more than he wanted his next breath.

As much fire as this woman had inside of her, he imagined she would be a freak between the sheets. He wanted to meet that freak and teach her a lesson about teasing a man. Tie that freak to his bed and keep her there until he worked her out of his system.

Dave’s chin dropped to his chest, a groan rumbled in his chest and his breathing hitched, as his cock went rock solid behind his fly. He was surprised when he felt a finger under his chin right before it was tipped upward. His eyes met Susan’s curious blue stare and the spell was broken.

“You okay, boss man? You look a little…flushed,” she purred.

With a smug grin, she held his gaze and lifted the candy ball, stuck out her tongue and curled it to twirl the candy in the well, then flicked her tongue over it making little mewling noises in her throat. When she added slow flirtatious sweeps of her eyelashes over her big blue eyes, Dave knew for sure she was playing him, and he wasn’t amused.

Evidently more than smart enough to figure out that his problem with her eating the popsicles was about a lot more than a drip trail in the kitchen. And he was almost certain now that the skin-tight yoga suits weren’t about comfort. This was her bid to pay Dave back for his baggy suit comment. Mind games to teach him a lesson.

Because Susan Whitmore thought she was smarter than him.

She would be the one learning a lesson today. About him. “I need to see you in my office, now,” Dave growled as he turned to stomp toward his office 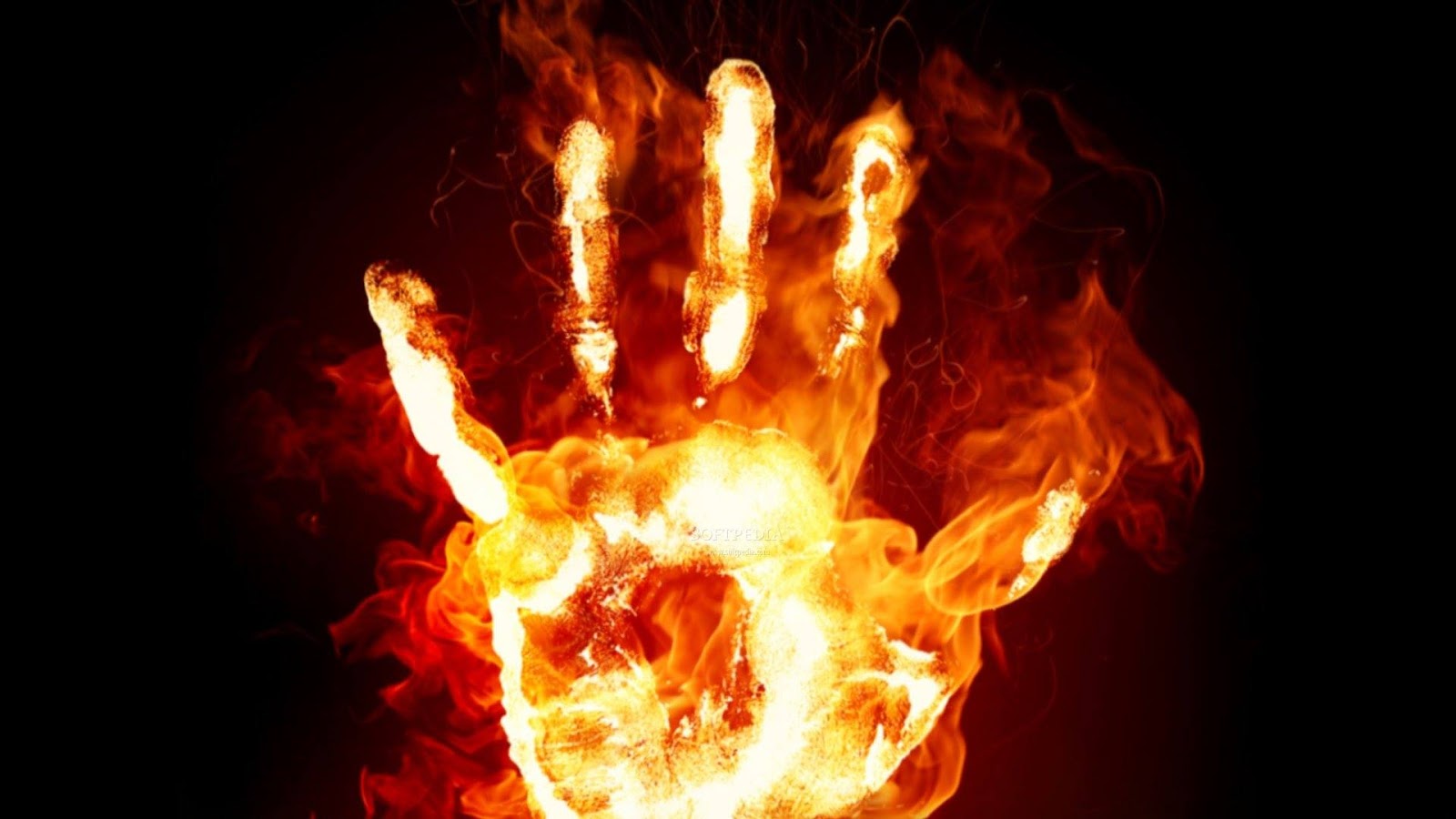 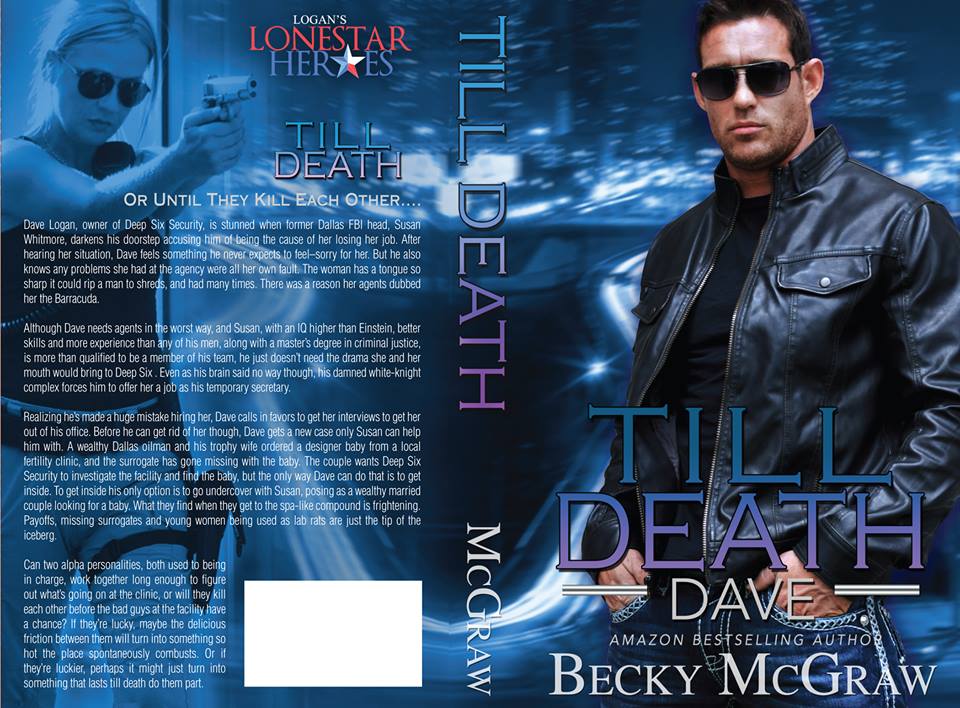 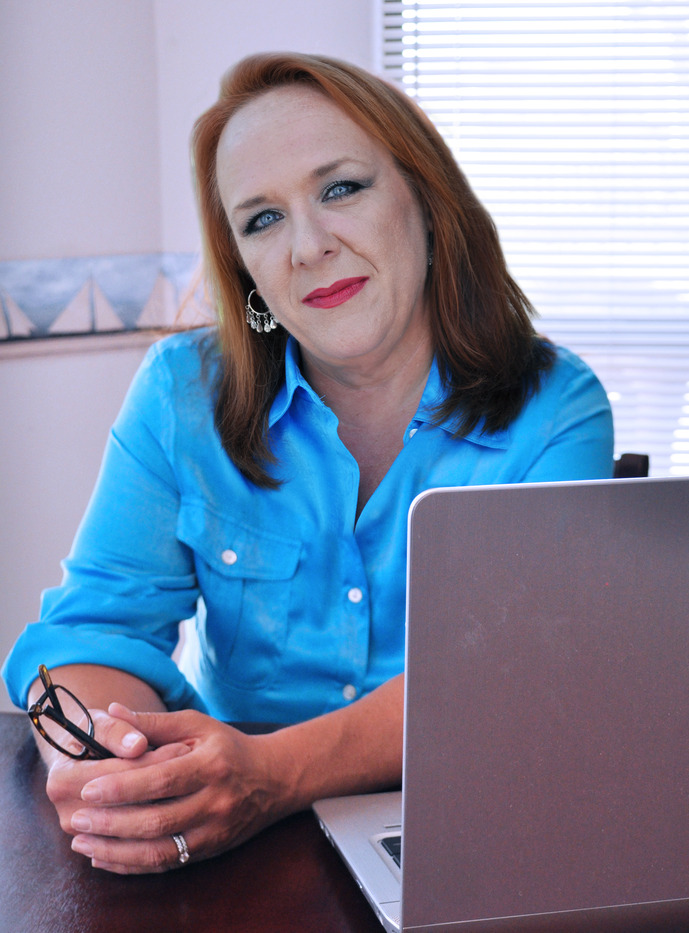 Becky McGraw is a married mother of three adult children, and a Southern girl by birth and the grace of God, ya’ll. One of several career changes transplanted Becky and her family to Indiana where she lived for sixteen years. Presently, she resides in Corpus Christi, Texas with her husband and dog Abby.

A jack of many trades in her life, Becky has been an optician, a beautician, a legal secretary, a senior project manager for an aviation management consulting firm, which took her all over the United States, a real estate broker, and now a graphic artist, web designer and writer.

She knows just enough about a variety of topics to make her dangerous, and her romance novels interesting and varied. Being a graphic artist is a good thing for her too, because she creates her own cover art, along with writing the novels.

Becky has been an avid reader of romance novels since she was a teenager, and has been known to read up to four novels of that genre a week, much to the dismay of her husband, and the delight of e-book sellers.

My Kind of Trouble is the first book released in a series called Texas Trouble.

You can find them on Amazon.com at:
http://www.amazon.com/author/beckymcgraw

You can email Becky McGraw at:
beckymcgrawbooks@gmail.com