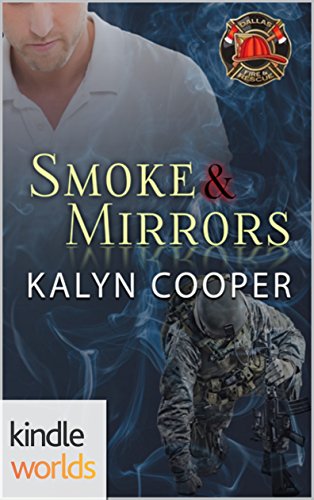 She’s not what she seems. Neither is he. But the terrorist threat is real. So is the desire that smolders between them.

Gwen Shaw overhears refugee teenagers discussing a plot to rival 9/11, but her Arabic is rusty. Besides, who is going to believe the sketchy information from an apron-wearing newcomer, even though she’d recently left the Army as a seasoned officer?

Jonathan O’Neil, new to the Dallas Guardian Security Center, knows a terrorist plot when he sees one on the tempting waitress’ computer. To find out the details of the plan and to stop them, he sets out to seduce her, only to find that nothing is what it seems.

When I started reading this I knew it was going to be something different. Especially with Jonathan’s encounter with a couple of older ladies leaving the diner as he is entering. Giggling right from the start.

Quin and Jonathan were having their first meeting since Jonathan had joined him from the Miami Guardian office. However this was not to be a normal meeting in any sense of the word. Interrupted by a distraught well dressed woman full of accusations and venom as their waitress Gwen delivers their order, this is a favorite scene. It does have adult language but it is definitely necessary.

Quin looked clueless, and Jonathan had no idea who any of these people were or what the hell she was talking about.

Gwen appeared with their food and hip checked the woman out of the way. She set the plates on the table and called out to everyone, “Show’s over folks. Go back to your food and drinks.”

She turned to the woman and Gwen fisted her hands in her hips. “Bitsy, what the hell? You know better than to bring your dirty laundry into my restaurant.”

“Well, I tried to get into their office, but it’s like Fort Knox.” Bitsy opened the gigantic yellow purse and started to dig. “Besides, this isn’t your restaurant. Suze and James will be back soon.”

Gwen cocked her head. “It is mine right now, since they left me in charge.” Under her breath, she added, “Damn it all.”

Jonathan flipped the leather tab that secured his handgun in the holster at his side. If she pulled a gun out of there, he’d be ready. A glance toward the standing cops revealed they’d done the same.

Bitsy lifted her head and wagged a single key on a ring. “This fucking thing doesn’t work anymore.” The irate woman vibrated. “Because if had it worked, I would have killed that husband-fucking secretary of theirs.” She glared lasers at Quin and Jonathan.

There is an immediate attraction between Jonathan and Gwen but he doesn’t act on it right away. He instead becomes a nightly regular for breakfast.

Gwen keeps a close eye on everything in her restaurant. When she overhears some teenage boys speaking Arabic she transcribes what becomes a catalyst for Jonathan to take action. Unfortunately for him that action also leads to what she interprets as betrayal of trust.

A complicated state of affairs as they try to figure out the target of the boys’ relatives. Even as their attraction for each other increases.

A page turner with plenty of twists, turns and action. With a sizzling romance that add some heat to this fiery tale. 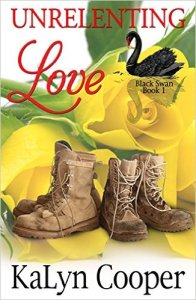 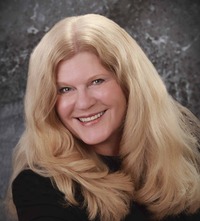 KaLyn Cooper writes romantic suspense based in fact. Twenty-seven years as a military wife has shown her the world and the men and women who protect it every day. Thirty years in PR taught her fact can be stranger than fiction, but leaves it up to the reader to separate truth from imagination. She and her husband live in Tennessee on their micro-plantation filled with gardens, cattle, quail, and a bird dog. When she’s not writing, she’s at the shooting range or on the river.