Join the Tao Pack for the Winter Solstice in Los Lobos 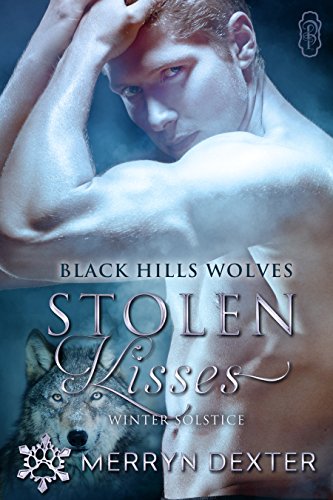 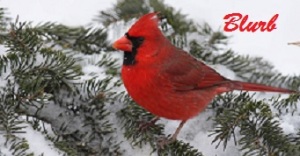 A woman looking for a connection

Following her grandmother’s death, Sadie Burrows-King leaves the only pack she’s ever known in search of family ties. Crashing into Los Lobos, literally, she finds herself face-to-face with a man who calls to the lonely wolf inside her.

A man on the fringes of society

Orphaned wolf, Easton Quaid, survived the cruel years of Magnum’s reign by the skin of his teeth and the kindness of others, of the pack, but not really part of it. His world turns upside down when a new wolf blows into town. It will take every ounce of patience to claim her as his mate.

Set a task in the scavenger hunt, Sadie and Easton must work together. Proximity and attraction lead to stolen kisses and more between the pair. The mating call is strong, but is it too much for her to handle?

A new family, a new pack, and the temptation of a new mate. Sadie had everything she ever dreamed of, right? As the Winter Solstice celebrations get into full swing, old secrets are revealed. Sadie faces the decision of her life. Is she a solid, reliable Burrows, or a flighty, untrustworthy King? It’s not only her heart at risk if she makes the wrong choice. 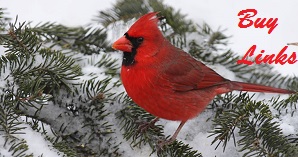 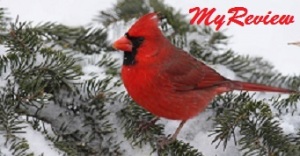 Sadie didn’t enter Tao Pack lands conventionally, she crashed her car before the sensor would have alerted them to he presence. Fortunately she was able to get out of the car and make it to Ven’s gas station. Of course the first words out of his mouth scared the living daylights out of her. This is a favorite scene.

He stopped at the edge of the mat and drew a deep breath. “Who the fuck are you?” he barked then sucked in another lungful of air. “And why do you smell like my mate?”

Mate? Oh, hell no! Her wolf shrank back, and she was inclined to agree. Having just jumped out of that particular frying pan, there was no way she wanted to leap into another fire. She risked a glance up at the intimidating wolf. His arresting looks would turn many a woman’s head, but Sadie was not in the market for a bully.

The glowering wolf folded his arms across his barrel of a chest. “I asked you a question.”

“Hey, Ven. I’m going to take the plow out— Oh, sorry. I didn’t realize we had a customer.”

Grateful for a distraction from the fierce wolf, Sadie turned to the lifeline offered by the interruption. She forced her dropped jaw shut, but couldn’t stop a little whine from escaping. The angry man in front of her might not be her type, but the newcomer most certainly was from the way her heart started pounding.

Tall and lean but with a good layer of muscle showing through the long-sleeved T-shirt clinging to his upper body. Sandy hair growing out of a shorter cut to curl at his nape and light eyes, blue or green, she couldn’t quite tell. But it was the smile etching two deep dimples into his cheeks that really caught her. Warm and friendly, it lit his whole face.

Sadie stepped forward, drawn by her wolf’s need to get closer, to move clear of the amber swirling around her head and catch the scent of the newcomer. Her foot squelched, and she looked down at her soggy, ruined boots. A pool of melting snow soaked the mat beneath her feet, and, just like that, all the tension of her long drive and the accident overwhelmed her. She began to shake, enough to set her teeth chattering, and she clenched her jaw in an effort to stop. Her calves and feet ached from her wet jeans and socks, cold even beyond the raised body temperature her increased metabolism generated.

“I c-c-crashed my c-c-car.” Sadie forced the words past her trembling lips. She was really cold now.

“Are you hurt? My god, you’re half-soaked.” The sandy wolf hurried to her side, draping the heavy checkered jacket he’d been carrying over her shoulders. She turned her face into the fleece collar brushing her cheek. His clean, crisp scent filled her senses and something inside clicked into place. He dropped to his knees beside her, tugging first one then the other of her boots free. Her wet socks followed, and he lifted her bare foot onto his thigh, chafing the skin gently to encourage circulation back into the numb appendage.

He smiled up at her, and Sadie buried her nose deeper into the collar of his jacket, hoping to disguise the flush of warmth glowing in her cheeks. “What’s your name, sweetheart?”

That smile. She’d confess everything to it. Spill her darkest secrets without a second thought. “Sadie King.” A breath. A pause. They were wolves, so logic said she’d found her way to her destination. “Sadie Burrows-King.” The unfamiliar name caught a little on her tongue. It wasn’t hers, not really, but just maybe there were people around who would remember Margarete. “Margarete Burrows was my grandmother. She passed recently, and I learned about the existence of your pack just before she died.”

“Burrows? That explains it.” Just like that, the thundercloud expression lifted from Ven’s face and he offered her, not a smile exactly, but a less-terrifying frown.

“Why your scent reminds me of Caitlyn.”

Sadie tried to fathom what he was saying, but it was hard to think about anything other than the gentle warmth seeping into her foot. She’d never considered her feet to be an erogenous zone, but the pins and needles spreading through her body were definitely more than just her circulation returning. Forcing herself not to look down, she focused on the dark-haired man. “Caitlyn?”

Ven frowned at her. “Did you hit your head when you crashed your car? I told you already. Caitlyn is my mate.” He shook his head.

“I need to make some calls.” He stalked away toward the back of the station. Sadie hoped her abject relief didn’t show too clearly on her face.
Merryn Dexter. Stolen Kisses (Kindle Locations 164-196). Decadent Publishing LLC. Kindle Edition.

Ethan is the wolf in the passage above, he recognizes his mate and he has enough patience not to rush into anything. A reunion with the Burrows family, a near impossible task set for her and Ethan for Gee’s scavenger hunt, and a promise to the Alpha Drew to decide who she is before she asks to become a member of his pack.

A sentimental read as Sadie finds who she is and what she wants. Plus there is plenty of heat between Sadie and Ethan to set the whole town ablaze. We see friends from previous books and more of the children that have been born. Oh and a couple of really great surprises! 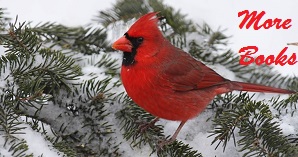 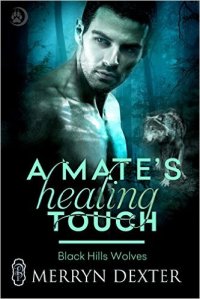 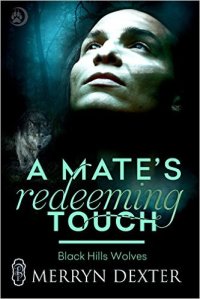 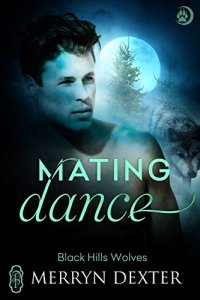 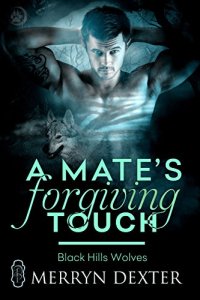 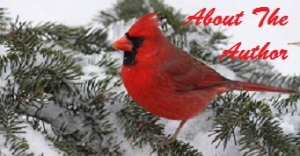 Merryn Dexter is a military spouse who, after a varied employment career (from selling sandals to old ladies with bunions to being a health and safety coordinator for a construction company), is thrilled to be pursuing her dream career as a romance writer. She likes The Winchesters, Spike, Hotch, Loki and watching complicated European Noir. Her hobbies include crying at books, crying at movies, crying at tv serials (there’s a theme!) and believes all stories should have a Happy Ending. 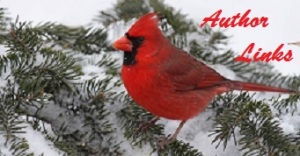