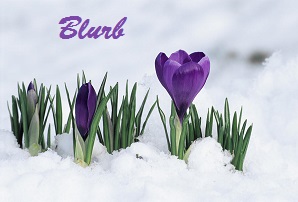 One night. One party of a lifetime. One deadly secret that could end it all.

All hybrids must die.
Not your average alien visitor, Lucas Saar has lived on earth for years, and there is only one reason he relocated to the green planet, to hunt down hybrids. These half-Terran, half-Saarian men and women could expose the existence of his world and his people, something that must never happen. He’s never failed a mission until Alaska, a year before, and now he’s determined to get back in his leader’s good graces by taking down a woman he’s tracked halfway across the globe.

When he discovers his target has signed up for the same dating service he tried to use in Alaska, he decides to use it again as cover to get closer to his prey. After all, the archeologist isn’t hard to look at, and there is something about her he can’t resist. Too bad he has to kill her when the date is over.

No more dating within my profession.
Doctor Nadia Crane is in Egypt, guiding her final class through a dig. She’s had bad luck with men and worse with her health. After a recent physical, her physician has determined her cells are mutating and she could be dying. Nadia signs up for Madam Eve’s 1Night Stand service, in hopes she may experience one night of bliss before she dies. A prearranged evening might get her what she desires, except, Lucas Saar isn’t what she asked for on her application. He’s an archeologist, and exactly the kind of man she didn’t want to date. Worse, her gut is sending up all kinds of red flags.

Now Doctor Nadia Crane isn’t sure if she should jump him or dump him. Only one night will tell.

Lucas believes Nadia is a half breed. Half Saarien, Half Terran. He also senses she is about to come into the change, a condition that he cannot allow. That is his purpose here, to find and destroy the half breeds before they can cause a problem.

She is finishing up on a dig with her archeological students after which she is going to have medical testing done. The doctors have told her there are mutation in her cells and they need to find out what is causing them before whatever it is kills her.

Lucas has been watching her for weeks, waiting for his opportunity. He took the form of a sphinx in the dig area in order to keep his eye on everything around her.

What he doesn’t expect is to find she is a pure bred and his mate.

Now he has to convince her of the truth and also help her show her ex what he will never have again, the last part to fulfill a wish of hers.

The happenings that evolve part from Madame Eve and part from her ex make this not only a very hot sexy read but also one with danger and excitement.

A favorite scene is in the excerpt below, don’t forget to read it. 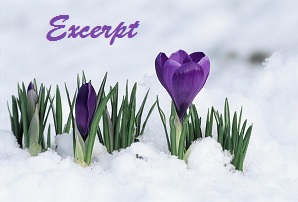 “What the hell are you getting at, Lucas?”“You’re not from Earth. You’re Saarian.”

“No, not crazy.” He let the color of his eyes shift from fiery topaz, to green, bright violet, and back to amber. “And you are one of us. More to the point….” He ran his hand up and down her arm. “Mine.” No, he’d never been one to leash his dominant nature. She’d have to learn to deal with it—courtship or not.

“Mine.” He gave her a satisfied smile.

“You lied to me about being my replacement. Who the hell are you really?”

“Lucas Saar, a Saarian tracker, and you, Miss Crane, are my mate.”

“Huh.” Nadia took the opportunity to ram her knee into his testicles, and, like any other male with a package in the south, he dropped to the floor, completely incapacitated.
“Help!” She ran for the elevator.

Lucas lifted his head from the tile. Help? Was she fucking kidding? His eyes started to water, and even though she’d put him in a bad position and a great deal of pain, he couldn’t help but chuckle. Okay, so she’d thrown down the gauntlet. Nothing like a little pursuit to get the blood pumping. Let the hunt begin. 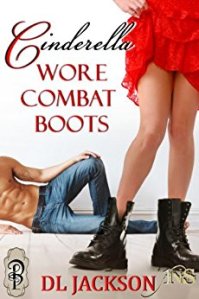 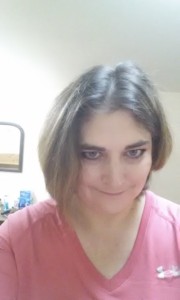 D. L. Jackson is an award-winning author of urban fantasy, science fiction, military romance and erotic romance. She loves to incorporate crazy plot twists, comedy and the unexpected into her worlds. As a U.S. Army veteran, she naturally adores men in uniform and feels the world could always use more. She does her part by incorporating as many sexy soldiers in her novels as she can. When she isn’t writing or running the roads, you can often find her online chatting with her peers and readers. Grab a cup of iced coffee, pull up your virtual chair and say hi. She loves emails and blog visits from her readers. 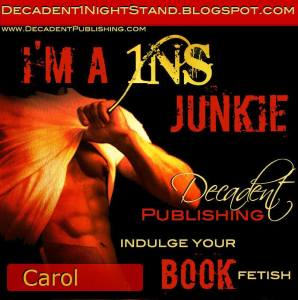