Her heart searched for a melody. Will the love song she finally hears be loud enough to drown out the screaming memories of her past?

Back-up singer Casey lived the old anthem, “work hard, play harder.” When she meets handsome sub-drummer, Sam Wildner on a gig, their attraction is immediate. The two musicians forge ahead in a dizzy rhythm of passion and music, both impressed by each other’s harmonious abilities. When Sam learns of Casey’s family trauma involving her sister’s abusive ex-boyfriend, he commits to being there for her and her young niece who is caught in the middle.

The melody of their love song rings loudly in Casey’s ears as she and Sam navigate the precarious fast lane of jealousy, murder and rock ‘n roll.

Right from the start I am going to issue a warning, this book contains scenes that could be an emotional trigger for those who have dealt with abuse. The scenes are harsh, well written and extremely powerful.

As far as I can see Casey has her life pretty well in order. That is until she meets Sam. For some reason she reverts to previous behaviors and instead of them repelling him, it drives him closer.

An unexpected gig in New York City, takes them on a magical, musical journey. This is a favorite scene.

They walked along a crowded, noisy sidewalk hand in hand. She had no idea where they were headed, anxious to get there so she could finally talk to him. Several blocks later they crossed a busy intersection into an area laden with trees in full, fall splendor.

Sam nodded and pulled her into his side. He slowed their pace under the fall branches and time seemed to wind down once they entered the park. It was bustling with people, but in a more laid back way. They passed several street musicians and Sam always stopped to encourage them with polite applause or a dollar tip in their music case. They paused at an open park bench and sat down. He kissed her hand and turned his body to look at her.

She smiled. “Yes, of course. Why would you ask that?”

“I don’t know. I missed you this morning. And now, you seem… distant.” He tilted his head with a look of concern before he looked at the ground. “I crossed that line we talked about…”

He looked up at her, quickly, as if trying to figure out what she meant. Casey grabbed his cheeks and pulled him in for a long, lingering kiss. When she finished, she looked intently into his eyes. “You’re amazing and I’m speechless about what happened last night. It was probably the best night of my life.”

Sam’s facial expression turned from apprehension to joy in an instant. He leaned in and kissed her lightly on the lips again and rubbed the tops of her thighs with his large hands. “So, maybe I can come to your room tonight?”

His smile rivaled the sun as he grabbed her hand to stand. “Come on. I still have something to show you.” They continued through the gorgeous park, stopping once to curiously watch a young girl play the violin while she hula-hooped. They finally came to an area that had been designated a “quiet zone.” Sam turned to her before they entered and spoke softly. “Strawberry Fields. I’ve always wanted to see this memorial to the Beatle’s legend, John Lennon.”

“Me too.” She nodded excitedly. In all the years she had been coming to New York, she had never been to the famous memorial. They walked hand in hand on a winding, wooded trail flanked by shrubs and mature trees—an unexpected oasis in a city of eight and a half million people. They came to a clearing where a circular, mosaic pathway of inlaid stones had been created. There was a single word in the center of the mosaic, the title of Lennon’s famous song, “Imagine”. Colorful flowers and flickering candles in glasses covered the stones, left behind by Lennon fans. They stood there, lost in their own thoughts about music, love and a life lost tragically too soon. Sam put his arm across her shoulders and held her tightly as they listened to a lone guitar player strumming the chorus of the famous song for which the mosaic was dedicated. It was a beautiful, contemplative place. She felt at peace. She felt…love.

A slight breeze picked up, causing a few colorful leaves to rustle and fall onto the sidewalk. She watched as a large, orange maple leaf danced across the inlaid stones, an homage to the eccentric music legend. Sam brushed her hair out of her face, his fingers lingering on her cheek. She brought her hand up and laced her fingers with his, gazing at him. They were writing their own song. The melody was coming into form with each minute they spent together.

The universe had shifted in the past twenty-four hours. A line had definitely been crossed… and there was no turning back.
KG Fletcher. Love Song (Kindle Locations 838-866). Kindle Edition.

Now all is not a bed of roses for Casey, she lives with her sister Laura and niece Gwyneth (GG). She set this up for their safety, when Laura had to get a restraining order against GG’s abusive father. When he shows up in the picture things get rough.

Expecting Sam to distance himself he instead draws closer and the love and romance builds.

A tale of suspense, pain and a love that can endure. 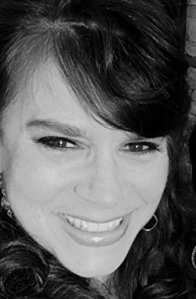 KG Fletcher is the author of the romantic suspense novel, Unexpected released in December, 2016. She is an active member of RWA and the Georgia Romance Writers Association. She was a singer/songwriter in Nashville, TN and a recipient of the “Airplay International Award” for “Best New Artist” showcasing original songs at The Bluebird Café. She earned her BFA in theater at Valdosta State College and has traveled the world professionally as a singer/actress. She currently gets to play rock star as a backup singer in the National Tour, “Remember When Rock Was Young – a Tribute to Elton John.”

KG lives in Atlanta, GA with her husband Ladd and their three gorgeous sons. She is a hopeless romantic continuing her work on her original cabaret act called, “Love” to help promote her romance novels.