Welcome to Yours For The Weekend, one of the twelve books in the Indulgences series where twelve authors offer the stories of people who came to Indulgences Resort to live out their fantasy.
It’s not just a beautiful place, but also, as you will find, has magical secrets. Each fantasy will come to life, taking guests on an adventure that could change the rest of their lives.
Although each book is a standalone, I suggest that you start by reading Indulgences, The Prequel so you can meet the staff of Indulgences Resort. You’ll see some of these characters in every story.
Indulgences, The Prequel by Hildie McQueen

When successful businessman Brody Davidson is asked to be groomsman for yet another friend and learns his ex-girlfriend will be maid of honor, he does what any desperate millionaire would do–he hires a date. Convincing the sexy waitress with mile long legs to agree to play his girlfriend is no easy task, despite his promise to her and himself that it’s strictly business. He’s determined to make all decisions with his head instead of his heart to avoid being hurt again.

No matter how many times Amanda Foster runs the numbers, her final year of graduate school will have to wait. She’s already in debt up to her eyeballs. Though she’s learned not to trust guys in suits, how can she say no to spending spring break at the exclusive Indulgences Resort with a ruggedly handsome guy while getting paid for it? Pretending to be Brody’s girlfriend will be no hardship–as long as she remembers it’s just pretend, but her attraction to him is all too real.

Amanda’s already gotten under Brody’s skin. Can he convince her their deal is far more than business, and that he wants her forever, not just the weekend?

I love this kindle world, a fabulous exclusive resort in a tropical setting. What more could you want to fuel your imagination?This is the April indulgence and it’s one of my favorites.

Brody needs a date for his best friend’s wedding, in order to keep his ex (the maid of honor) at bay. Rumor has it she wants him back and will go to any lengths to get him. But he’s done with her, she cheated on him and only wants him for his money.

Amanda knows she probably shouldn’t agree to the deal to go to a wedding with Brody. She really doesn’t know him she’s only waited on him at the bar. She needs the money for her tuition after her father, once again, fails to him his end of the bargain.

This is a favorite scene where Brody tells her about the indulgence requirement of the wedding weekend.

He cleared his throat, telling himself the sooner he got this over, the better. “I discovered some additional…details we need to resolve prior to our arrival.”

Suspicion clouded her expression. Amanda was no naïve young thing. She was pursuing her MBA at the University of Denver, but she seemed like an old soul. That was one more thing that made him curious about her.

He wondered if something in her past had made her distrustful or if she’d always been that way. It didn’t matter. She was only a passing acquaintance. Nothing more. He certainly didn’t need to know her entire life story in order to convince Christina that he and Amanda were dating.

The plane picked up speed, telling him it was safe to broach the subject. “One of the managers of the resort contacted me. Apparently, the name of the place is more than just a name.”

“They specialize in planning ‘indulgences’ for each guest. Or rather, for each couple.”

He could almost see understanding come over her expression, along with a healthy dose of distrust.

The mention of the popular TV show from the 70’s and 80’s had him grimacing. That was exactly what he’d asked when the manager had called.

“You can’t be serious.” Her husky voice was laced with skepticism.

He paused as the plane ascended, noting Amanda’s lips tighten as she leaned back in her seat. Flying made her uncomfortable, but he appreciated that she controlled her fear. He traveled frequently for business. The sensation of his stomach dropping away was nearly as familiar as the feel of a leather steering wheel beneath his hands.

At last the plane leveled off, heading south.

“Are you saying we have to come up with some sort of fantasy for them to arrange for us?”

Not for the first time, Brody cursed Brian. Of all the places he could’ve held his wedding, did it have to be at Indulgences Resort?

“Did you tell them we’re only coming because your friend is getting married there?”

“It doesn’t matter. It’s a requirement for anyone staying at the resort.” He lifted one shoulder in a casual shrug, hoping to downplay the wrinkle. No doubt she thought he’d arranged this to answer some odd sexual fantasy. The idea of doing something of that nature with Amanda had him shifting in his seat. Obviously, he should’ve picked someone less attractive than the woman seated next to him.

“Well then.” Amanda raised her hand to gain the attention of the passing flight attendant. “May I have that other drink, please?”
Williams, Lana. Yours for the Weekend: An April Indulgence (An Indulgences Novella Book 5) (Kindle Locations 174-178). Kindle Edition.

The decision of the indulgence they would have was a source of amusement to me. Camping… Of course Kenderly will take that to an unusual level.

The ex is indeed a barracuda in a dress, creating trouble wherever she can.

The characters are perfect and the way they resolve the issues at hand delightful. Oh and there’s plenty of sexual tension and scenes to make you quiver.

Sexy, lots of fun and overall a enjoyable read! 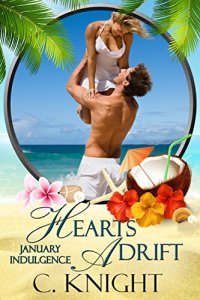 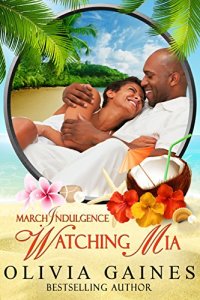 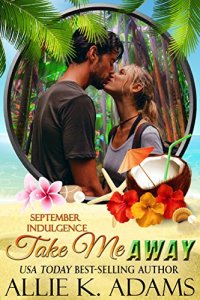 Lana Williams is a bestselling and Amazon All-Star author who writes historical romance filled with mystery, adventure, and a pinch of paranormal to stir things up. Filled with a love of books from an early age, Lana put pen to paper and decided happy endings were a must in any story she created.

Her latest series is The Seven Curses of London, set in Victorian times, and shares stories of men and women who attempt to battle the ills of London, and the love they find along the way that truly gives them something worth fighting for.

Her first medieval trilogy is set in England and follows heroes seeking vengeance only to find love when they least expect it. The second trilogy begins on the Scottish border and follows the second generation of the de Bremont family.

The Secret Trilogy, which shares stories set in Victorian London, follows three lords injured in an electromagnetic experiment that went terribly wrong and the women who help heal them through the power of love.

She writes in the Rocky Mountains with her husband, two growing sons, and two labs, and loves hearing from readers.