Foster Boyd wants control of the family business before his brother’s escapades ruin their reputation. Since he can’t force his brother out, he needs to distract him–or reform him. Where can he find a woman willing to do anything to save his business?

Natalie Stolen was at the top of her game as image consultant to the stars. But when one of her client’s reveals a juicy secret, the media went on a feeding frenzy, taking down Natalie’s career faster than she could say “scandal.” Now in dire straits, she’s been given an offer she can’t refuse…

But what happens when the woman you hired to distract your brother is the only woman you can’t stop thinking about?

Each book in the Billionaire Dynasties series is STAND ALONE.
* The Penthouse Prince
* The Irish Prince
* The Firstborn Prince

Ah so many rules for these twin brothers to follow, and one they have self imposed. However for Natalie, the biggest issue was her attraction to Foster, the older of the two.

Not that shining up the reps of these bad boy billionaire’s was going to be easy. The paparazzi follow them around like flies to honey because they know they’ll get some sort of dirt before the evening was done.

The actual goal was supposed to be distract Foster’s twin but unfortunately it seems he is the one being distracted. It becomes more and more apparent that this is the one woman Foster couldn’t adhere to his self imposed one and done rule.

Even as these guys start doing the right thing and get publicity for the good, Natalie gets thrown into the mudslinging. Not the way she anticipated revitalizing her defunct career.

The rules set by Natalie for the twins and their reactions are hysterical.

Sexy, funny and in my opinion an accurate depiction of the paparazzi. 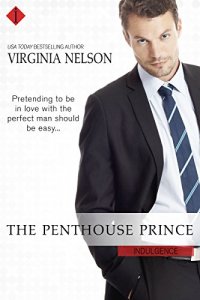 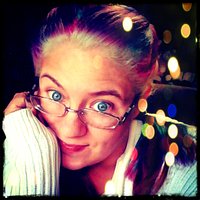 Virginia Nelson believed them when they said, “Write what you know.” Small town girl writing small town romance, her characters are as full of flaws, misunderstandings, and flat out mistakes as Virginia herself.

When she’s not writing or plotting to take over the world, she likes to hang out with the greatest kids in history, play in the mud, drive far too fast, and scream at inanimate objects.

Virginia likes knights in rusted and dinged up armor, heroes that snarl instead of croon, and heroines who can’t remember to say the right thing even with an author writing their dialogue.

Her books are full of snark, sex, and random acts of ineptitude—not always in that order.