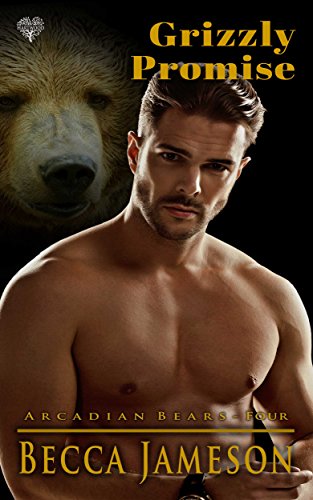 When grizzly shifter Wyatt Arthur arrives in Calgary, Alberta, for a business trip, he finds himself blindsided by the shy, skittish woman he is certain will be his mate. In a peculiar turn of events, she already has a boyfriend—a man Wyatt is confident is not interested in women. With no other options, he returns home, hoping his mate will eventually come to her senses and give him a chance.

After suffering a traumatizing experience as a teenager, Paige Osborn doesn’t date. Ever. In fact, she keeps men at bay by pretending to be in a committed relationship with her human best friend, Gavin Wright. There’s just one problem. Gavin is gay.

Gavin has never been comfortable keeping Paige’s secret from her family, but they have an arrangement. She keeps his sexual preferences confidential, and he keeps her sexual assault from the world.

What Paige doesn’t factor into her life is the possibility that someone might one day cross her path who causes her to waver on her conviction never to bind to anyone, human or shifter.

In a twist of Fate—or perhaps Fate knows exactly what She’s doing—Paige finds herself moving to Wyatt’s hometown of Silvertip, Alberta, to do research for the summer.

Silvertip is not big enough to hide from anyone, and Paige will be forced to face her past and her future. Now she just needs to figure out how to reconcile the two and find the strength to let Wyatt into her heart.

First I have to say I love these bear shifters. In this book we meet Paige who has a complicated past. I do have to say that having read the previous books in the series I knew exactly who attacked her a child.

Wyatt was in Calgary for his family’s brewery, their chance meeting, well almost meeting let him know beyond the shadow of a doubt she is his mate.

Now Paige and Gavin have been a couple, as a mutual convenience, since the day of her attack. A promise to keep silent on his end, and a way for him to stay in the closet.

Thrown together in the small town of Silvertip, where Paige has been assigned to research the longevity of the occupants, Wyatt begins to pursue her in earnest.

The snag, Kelly, a journalist student assigned to shadow her during her interviews. One who is way to perky and gets bored easily.

This is a favorite scene when Wyatt shows up to rescue Paige from Kelly’s shadowing.

“I was thinking more along the lines of not meeting back up today. You can’t follow me everywhere, Kelly. It’s not going to work. I’ll end up biting your head off. I don’t get along well with others.” Especially not annoying others.

Kelly pouted again, cocking one hip to the side and crossing her arms. “I have a job to do.”

“I get that, but you don’t need to shadow me eight hours a day to get your story. I mean, part of the day you surely need to compile your notes or whatever and work alone, right?” Paige hoped she was onto something. “I need time to gather my data too, enter it into the computer, play with the numbers. We both have separate parts to work on.”

That was the moment Paige realized Wyatt was approaching from behind. For the first time since she met him, she had never been so glad to sense someone in her life. When he reached her side and set a hand on her lower back, he was all smiles. “Hey, you must be Kelly.” He extended a hand.

Kelly’s jaw dropped open as she took his hand limply as if she’d lost muscle memory in her fingers. “Who are you?”

“You’re helping me with my research?” She asked into his mind, her gaze still on Kelly’s face, which was slowly turning from shock to flirty.

Unbelievable. The woman was literally batting her eyes.

“I could kiss you,” she returned, realizing too late what she’d communicated.

“There is a God.” He focused his attention on Kelly. “Mind if I steal your researcher for the afternoon? I need her for something personal. I promise to return her to you in one piece tomorrow.”

“That’s how you’re going to help me? By insinuating we’re about to go fuck in the nearest alley?” she shouted into his head.

“Hey, I’m just trying to get you an afternoon off. How you want to spend it is up to you. I’m not opposed to the fucking, but remember it was your idea.”

“Your silent growl is sexy as hell, babe.”

Kelly narrowed her gaze. “She has a boyfriend,” she stated smugly as if she were telling Wyatt something he didn’t know and thereby giving herself brownie points.

Wyatt shrugged. Shrugged. “I’ve met Gavin. I’m well aware. He’s a great guy. Did I give you the impression I was trying to steal Paige from him?” He widened his eyes as if he were shocked by the insinuation.

“So, you’re good? You’ll call Paige tomorrow?” Before Kelly could answer, Wyatt had Paige spun around and facing the other direction. He kept his hand on her lower back and moved quickly down the sidewalk.

The spot where his hand met her jacket lit her on fire. She couldn’t concentrate on anything but how good it felt. Protected. Cherished.
Jameson, Becca. Grizzly Promise: A Werebear Shifter Romance (Arcadian Bears Book 4) (Kindle Locations 1283-1309). Hartwood Publishing. Kindle Edition.

Now aside from the relationship that is developing quickly between Paige and Wyatt, there is another very interesting development.

It seems Gavin is attracted to Dale, the shifter building the deck on Wyatt’s home. Fortunately for him the feeling is mutual. Shifters are far less likely to be homophobic than humans, especially since they can smell the attraction. No closets here.

Lots of crazy things happen in this book and you’ll be turning the pages quickly to find out which secret gets revealed and how.

I laughed, sniffled a bit and held my breath too. I can’t wait to read Gavin and Dale’s story in Grizzly Survival the link is below. 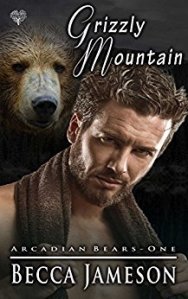 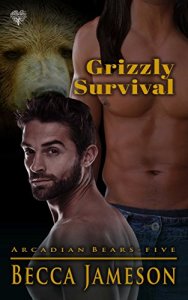 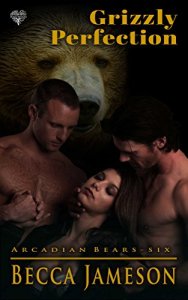