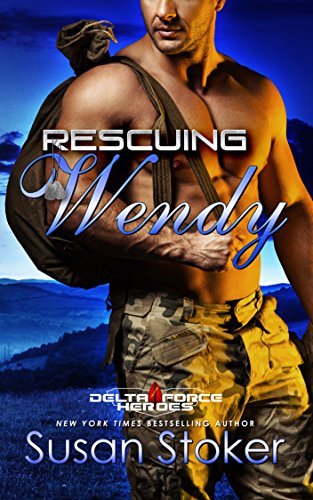 Aspen “Blade” Carlisle is the last of his Delta Force team to find love…and he’s pretty bummed about that fact. Which might explain why he finds himself chatting up a telemarketer as if she’s a long-lost friend. But Wendy is surprisingly easy to talk to, so when they go from occasional calls during her work, to nightly conversations on their cells, it somehow feels right. So right, Blade eventually convinces the funny, sweet woman to meet him in person.

When their first face-to-face meeting gets high-jacked, Wendy Tucker is sure she and Aspen made a big mistake in taking their relationship to the next level. But the man is nothing if not persistent. Before long, Wendy’s allowing the handsome soldier to spend more time with her and Jack, the teen brother she’s raising, than anyone she’s ever dated. Though she knows there are limits to how close she can get to Aspen, no matter how much she likes him. Limits carefully constructed to protect Wendy and Jack from a past they’ve been running from for years.

But dating Blade means having an entire team of Deltas at her back. Which may come in handy not just with Wendy’s past…but also when her brother faces a current threat.

**Rescuing Wendy is the 8th book in the Delta Force Heroes Series. Each book is a stand-alone, with no cliffhanger endings.

Our heroine Wendy has a different kind of problem than the other women in this series. Not to say it isn’t as formidable, just different. Working two jobs to support her and her brother, she gets to know Aspen aka Blade while cold calling as a telemarketer.

From the first time Blade speaks to her he knows she’s different somehow and they now speak often. He however is ready to take this relationship to the next level. He wants to meet in person, in public of course so she feels safe.

Wendy’s brother Jack is a trip, he’s smart, funny and has a protective streak. He paves the way for Blade after the major screw-up of a blind date with Wendy.

This is a favorite scene as Blade begins to win the right to a date.

“What are you doing here?” she asked, staring up at him as she bit her lip uncertainly.

“I screwed up on Friday,” Blade told her. “I’m here to rectify my mistake.”

She immediately began to shake her head. “No, you didn’t do anything wrong. I should’ve—”

“How about we talk about this over a late lunch?” Blade interrupted.

Her brows drew down and she looked confused. “But it’s like, two in the afternoon.”

Blade smiled. “It is. If you’re not hungry, we can do something else. It’s not too hot today. We could sit outside in that shaded courtyard I saw on the side of the building if you’d prefer.”

He saw the indecision in her eyes. And fear. Perhaps that he was here to berate her for leaving the bar on Friday. Wanting only to reassure her, Blade slowly reached out his hand and placed it on the side of her neck. His thumb brushed the skin near her ear as he leaned in and said quietly, “You’ve got nothing to worry about, Wen. I’m not upset with you about the other night.”

He shook his head. “No, sweetheart. I’m pissed off at that bitch who pretended she was you, but I’m not mad at you.”

“I should’ve said something.”

At her words, the worry Blade hadn’t realized he was still carrying around slid off his shoulders like a silk shirt. “I understand why you didn’t… well, at least partly why. Will you sit with me and talk?”

As is par for any relationship things don’t go completely smooth and there is plenty of drama over Wendy’s secret and some angst as well. Plenty of fun and laughter and maybe even a few tears.

More importantly though is the way bullying is handled in this book. Jackson’s girlfriend Jenny and her drama group are being targeted. Jenny in particular because Jackson and his friends stand up to the bullies.

Now you know darn good and well Blade and his team aren’t going to stand by and watch either.

We get to see all our favorite characters in this one, well except for Fish, although he does have a video call with Jack’s robotics club.

Annie is precocious as ever at the performance of ‘The Little Mermaid’ which has Jack’s girl Jenny as Ursula. The things that happen after that performance really amp up the plot.

Needless to say I loved this book. Susan takes on bullying with finesse and class. Plus Susan is a notable tease and at the end of Rescuing Casey she threw out a few bombshells that had many of us gasping. In this book one of the major ones comes to head and boils over. Of course this is just setting us up for Rescuing Mary, is it October yet? 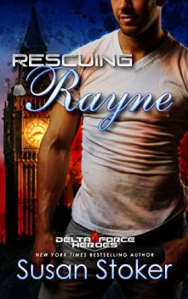 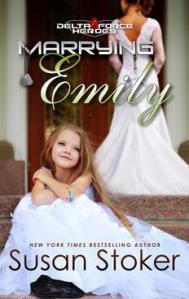 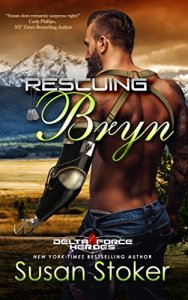