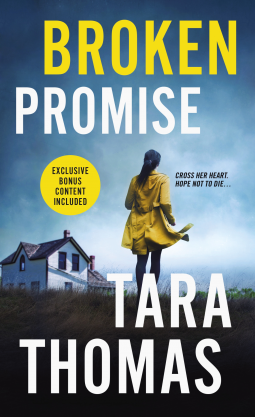 In the sultry streets of Charleston, one family, ruled by its powerful, take-no-prisoners sons, has risen to the top. But a merciless enemy is out to destroy them…and everyone they hold close…
Exclusive bonus content available only in the print edition!

SHE SWORE TO KEEP HER PROMISES.

BUT CAN SHE KEEP THEM SAFE…AND PROTECT HER HEART?

Charleston Police Officer Alyssa Adams made a promise years ago to protect innocent women from harm. Now, she won’t rest until she can reunite every lost daughter with her family. Bring closure to every grieving husband. And, most of all, find out what happened the night her own sister disappeared, more than ten years ago…

As the eldest of the Benedict brothers, Kipling will stop at nothing to protect his family from a threat that aims to destroy them once and for all. But when a long-lost sibling is kidnapped by a powerful adversary, Alyssa is the only one he can turn to to get her back.

As Alyssa and Kipling band together to find their lost siblings, a powerful attraction builds between them that they can’t ignore. As the truth comes to light, will one broken promise tear them apart?

It seems I find a lot of new to me authors by starting one of their series anywhere but the beginning. Such is the case with Tara Thomas. This is the third book in her Sons of Broad series and I now have to go back and read the first two since I want to know the stories of Kipling’s brothers and their relationships as well.

Edge of your seat suspense as this tale unfolds. The case seems to have connections to not only to the Benedict family, but also to the death of Alyssa’s sister.

Twists and turns even as the attraction between Kipling and Alyssa gets steamier. Topped off by an OMG I didn’t see that coming!

Tara Thomas’s love of books and writing started as a child and though she wanted to be an author, she decided a degree in science was more practical. After fifteen years in the pharmaceutical industry, she returned to her first love and hasn’t looked back since.