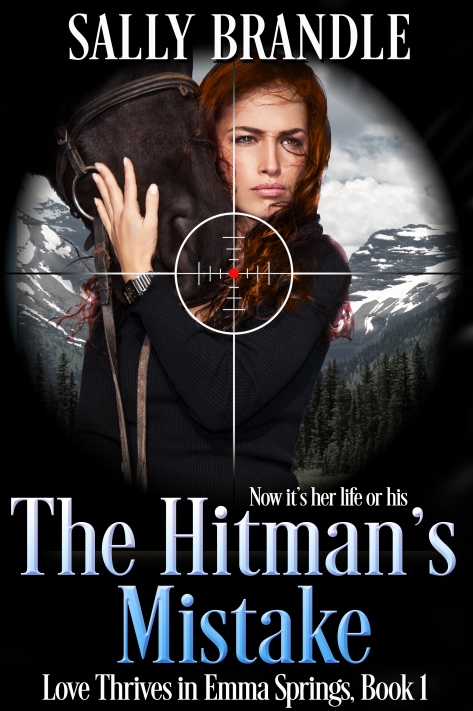 After Miranda Whitley stops crooked cops from assassinating a prominent Seattle judge, she’s next on the hit list, and her survival depends on the buff FBI Agent she’s had one awkward encounter with. But can she find him in time?

The last person Grant Morley expects to discover on his annual supply run to a Montana mountain hermit is alluring Miranda Whitley, nearly dead from a bullet wound in her side. An accidental witness or the cold-blooded accomplice to would-be assassins?

Miranda must convince Grant of her innocence, evade the killers intent on preventing her testimony, and fight her unwanted attraction for the agent…an attraction which seems to be mutual. Fortunately, love thrives in Emma Springs.

Miranda Whitley had been working late when she meets ‘Agent of Interest’ Grant Morley. It was an auspicious meeting since she nearly hits him with a branch she was pruning, and he stepped on her coffee, prompting a dialog for the first time. She learns a bit about the man even if she didn’t get a new coffee out of it. Knowledge that would aid her a bit later that night.

Unfortunately by working late she witnesses the almost murder of her friend Judge ‘Ike’ Gilson. The Judge urges her to leave town and wait to hear from him or his wife, trusting no one, since the Detective that showed up was dirty.

With the help of her neighbor and friend Corrin, she manages to get out of town. Looking for the only person she believes can help her, Grant. Thankfully she remembered he was going to his home town, Emma Springs, Montana.

She secures a room at a ranch where she manages to befriend her mount for a trail ride, Red the mule. Red saves her when she gets shot after separating from the group. Leading to Grant finding her stitching her up and still fulfilling his family obligation to a mountain hermit.

This is a favorite scene when he gets back to the cabin after delivering the supplies.

He relied on a gun as his constant companion. A lump of deadly metal he grabbed out of habit, and a huge part of his life.

Tiny threads of tenderness appeared infrequently. Anger or distrust he couldn’t always hide. She sat on a backless bench and stuck her feet close to the fire. Her fingers began yanking out tangles. It wasn’t good timing to start a romance, no matter how tempting those biceps were. Not with Venom hunting her.

The door opened, sending a frigid draft against her back. “It’s me.” A loud thunk indicated he’d dropped a load of wood into a bin.

Hesitant footsteps came closer. He reached over her and his hip brushed her shoulder, sending tingles through her, awakening unwanted urges.

“Want me to detangle your hair?” he asked.

The room stilled, energy crackling between them. He’d have to tug out snarls, which wasn’t sexy.

He lifted a wooden box from the mantle and took out a carved, wide-toothed comb. The chair scraped across the floor. It groaned from his weight, and his knee brushed her hip from behind.
Grant generated heat stronger than a blast furnace, and strength from him seeped into her. “Forests are peaceful,” she said.

“Poppy used to say, ‘quiet as a plow laid aside at the furrow’s end.’” With competent strokes, he methodically worked from the bottom, teasing out knots.

Gentle pulls sent chills through her body and made her insides as soft as a pool of melted caramel. His fingers brushing her skin sent shivery sensations deep. She’d been wrong again.

His way of untangling her snarls was so, so sexy. An inner glow wrapped her in a warm cloud of pale peony pink, while every female component of hers ached for attention. His attention.

Sparks shot into the chimney.

If she wasn’t on a mountain, held together by stitches, she’d imagine falling against his muscled torso. The one bearing the gun holstered at his hip.

Still, what harm in enjoying a little cat and mouse sparring? After she’d gotten one matter cleared up.

She rotated her head. “So, you appear to know what you’re doing. Does your wife have long hair?”

“Don’t strain my stitching. No wife, or girlfriend. My dad used to make me comb out horse tails before he’d show them at the Spring Round-Up each year. I’ve practiced on long tangles, but yours is the silkiest I’ve worked on.”

His voice had deepened to a low, husky tone. By the soft tugs, he’d begun gliding his fingers down the length of her hair. “It’s like holding a perfect sunset.”

This book grabbed me and held on tight. There isn’t one page that doesn’t hold some kind of suspicion, drama or almost sweet romance.

The rapport between these two is sizzling without going the distance. Plenty of innuendo and snark, mixed with long forgotten sayings.

It’s not so much the who done it, but whether Miranda would live to testify and have a chance at the blossoming relationship. To be honest I’m not sure who I loved more Grant or Red!

Keep reading for more about Sally! 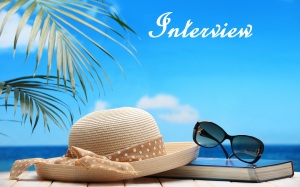 I know the Seattle places are real, but are the ones in Montana or are they based on places you’ve visited?

Correct, the areas in Seattle are real, although I’ve renamed the Seattle Justice Center to the Seattle Justice Building, etc. Its atrium lobby is based on another favorite commercial building. The fictitious town in Montana is a compilation of places I saw there on business travel. I created a Pinterest page with photos for readers to see the splendor.

What’s a typical day of writing for you? Are you a panster or a planner?

I write best first thing in the morning, and can edit all day. Typically (in a perfect world), I get up about 7 AM and write for two to three hours in my jammies. Injuries from two car accidents induce me to pause and swim or go ride Lance (my 28 y/o Quarter Horse) to get my back limber from sitting. I’m a combo pantster/plotter. When a book idea pops into the gray matter, the heroine/hero/villain appear along with the opening scene. I write it and then take the time to fill out detailed character sketches. Next, I use a giant piece of butcher paper to do story arcs and see how they intersect. At that point I fill in gaps and then write from start to finish.

The action and dialogue falls from the sky and into my stories. The emotion, motivation, and inner thoughts require several rounds of edits, unearthed through the skills of a very patient editor.

What genres do you enjoy reading? Do you have any favorite authors?

I read romantic suspense (Jayne Anne Krentz, Cherry Adair), historicals (Mary Balogh), and romantic fantasy (CB Williams and Susan McDonough-Wachtman). One of my new favorite authors is Beatriz Williams. I highly recommend the non-fiction book, The Gift of Fear, for anyone who doesn’t live in a bubble-a great reminder to trust your intuition and pay attention to your surroundings!

Who would you say is your mentor or inspiration?

Local author, Cherry Adair, puts her techniques into workshops and her Finish the Damn Book contest spurred me to complete three books. Jayne Anne Krentz attended a local RWA meeting/cold read session, gave me positive encouragement, and suggested I cut about five pages to open The Hitman’s Mistake at the elevator. Both these NYT bestselling authors and countless others have offered kindness, workshops, and critiques. The Greater Seattle RWA and Eastside RWA chapters host craft classes to increase writing skills. I’ve never met a more supportive group of women. Readers can meet all of us at The Passport to Romance reader appreciation event on October 27, 2018 at The Bellevue Westin.

Do you think it’s important for an Author to be involved in social media?

Great question, and one I revisit daily. Finding readers who get my humor, can imagine intimate scenes, and want a straight forward romance to progress while the characters take on a villain, is a challenge to work in with writing time. That’s why authors truly appreciate blog sites and feel Amazon/Goodreads reviews are better than gold!

If you could be a character in a book, which one would it be, and what part would you play? (Romantic lead, sidekick, etc)

An upcoming book features Elon, a heroine with college age twin sons, who’s going through a divorce. She depends on her rusty welding skills (learned from her grandpa as a teen) to keep a job on Rane Calderon’s ranch. I’d play her. Life’s been twisted into a knot and she’s got to untangle the threads of her maturing sons, respect for herself, and an inconvenient love for her boss-a hunk of Montana rancher with an aversion to females. They’re both near forty and never known romantic love. But love has no expiration date… 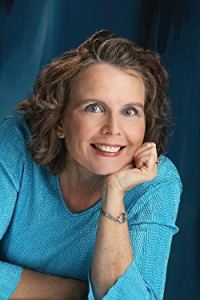 Dodging male offspring and her functionally adept engineer husband, Sally steals away to her office to free non-princess types residing in her brain. Her trusty Australian Shepherd rescue pup, Tallulah, gives her input as the adventures unfold.

Childhood in rural Michigan, family, friends, critters and travel stateside and abroad feed the speed of her fingers to the keys. When stalling occurs, she heads to Lance, her trusty steed stabled close to miles of wooded trails. Off they go for a head-clearing ride in fresh air, or a note session while the big gelding grazes.

In 2014 she won the ECO Romantic Suspense category, and in 2015 finaled in Pages from The Heart, Hot Prospects and the Heart to Heart contests.
She invites you to sit back, get comfy and prepare to drop into her stories.