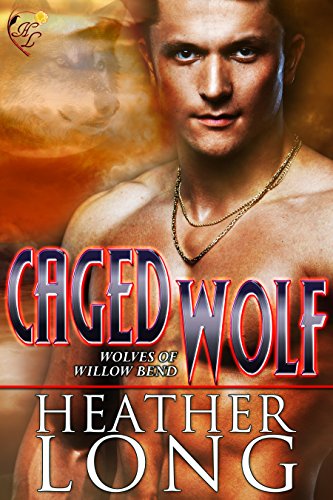 Triplets, the Buckley brothers were inseparable until everything went wrong one violent, bloody night. A.J. Buckley, the eldest of the trio, faced a human trial for a brutal murder. Found guilty, he was sentenced to twenty-five to life. Without argument or regret, he accepted the sentence. After six years in prison, A.J.’s conviction is overturned on a technicality and he returns to Willow Bend to face a new Alpha and fresh charges.

Vivian Knox was the only witness to the murder. She refused to testify in the human courtroom and spent a year in prison on contempt charges. Once released, she worked tirelessly to free A.J., finally locating a loophole in the case against him. Satisfied with his freedom, the last thing she expected was to be kidnapped to the back of beyond where another judge demands she testify to what she saw that night. This time, contempt is the least of her problems.

Only four people know exactly what happened that night and none are talking. When pack law threatens Vivian, A.J. must stake his claim, but his wolf might be too damaged to help him…

Mason is now Alpha of Willow Bend. As such, he is going to right the wrongs done by his predecessor, Toman. Getting AJ Buckley out of prison is the first one.

Armed with new evidence, Ryan heads to court to get AJ out. Succeeding they head to Willow Bend. Unknown to AJ, Vivian is at that very moment being abducted by a couple of familiar characters.

It wasn’t meant to go that way but it did. This is a favorite scene after a confrontation with Mason.

“Can I tell you a secret?” The question caught him off guard and he focused on her.

“Of course.” Hungry for any part of her she would share, he ignored the disarray of his thoughts.

“I didn’t want to be here.” She swallowed, then released her knees and straightened. “I really didn’t. I thought I’d imagined all of this and there’s a part of me that still thinks I am.” Another hesitation, a spike in her fear. What was she trying to work up the courage to tell him? “But if this is another delusion…”

“Another?” A.J. frowned. In her earlier rant, she’d insisted he wasn’t real.

A slow, hesitant nod from her. “I had some issues—have some issues. I—I thought I was losing my mind. I’d go into these…Nathanial called them dissociative fugues. Once I disappeared for almost two days and I woke up in Castlewood, it’s a state park. I had dirt under my nails and leaves in my hair. I had no idea where I was, apparently miles from the road. Took me half a day of hiking to find a person. After that, I started tying myself to my bed at night.”

His heart fisted at the image awaking a slumbering rage. “Did it help?”

Despite expecting her slow headshake, he clenched his fists. “No,” she whispered, a hesitation hitching the words. “No one could explain it. I couldn’t keep a job. A lot of my friends faded away over those couple of years, especially during my contempt confinement. My mother wanted to commit me, but then she…”

She’d lost her mother. She didn’t have to say the words, he saw the stark truth of a child abandoned in her eyes and his heart bled for her. “I’m sorry.”

Vivian shrugged, but sadness was not so easily dispelled. “The fugues got worse. One day I couldn’t take it anymore.”

One day…three years ago. “You tried to kill yourself.”

A jerk, surprise beneath the shame and the sadness. “How did you know?”

Because he’d woken up from a nightmare three years before, and it had taken him two weeks of scouring the obituaries every chance he had to be certain. “What happened?”

“I took some pills—”

He didn’t want to know how truly lost she’d been. The slowly rising rage turned to fury, but he swallowed both. “No, after. What happened after?”

“I called Nathanial. He’d been my court ordered shrink.” She bit down on her lip—again—and he found the action infuriating. She would do injury to herself if she continued. “He got me to a hospital in time for them to pump my stomach then committed me for a seventy-two hour psych hold.”

They’d locked her up? Again?

“It was for my own good,” she said in a soft, nearly inaudible voice. “You don’t have to be angry.”

A rumbling growl was the only answer he had.

“Stop. Nathanial helped me. He was there for me when I received my diagnosis, and he helped me. First with medication, then taking me home and giving me a place to live—”

The man was going to die.

Oh. He relaxed his hands and exhaled. “He’s your friend.”

One nod. “Confidante. Savior. Doctor. But he was never inappropriate, never tried to be more than that.”

Good. Uncharitable as his thoughts were, he didn’t want her looking to someone else. She didn’t need them, she had…Does she have me? Could he be there for anyone?

“I stayed with them for a few months, then got a place of my own. Working on finding a way to free you helped ground me out. I had fewer fugues…”

“But you still have them?” Concern blunted the edges of his fury.

She nodded. “I thought I was having one here. I mean they were all here and then they were gone and I was alone. It wouldn’t be the first time I imagined you.”

This whole situation was fucked up. Standing, he crossed to her and held out his hand. To his immediate gratification, she accepted the aid and he pulled her to her feet. Interlacing their fingers together, he headed for the trail. He didn’t have to see it to know it was there.

“Where are we going?” She didn’t fight following him, keeping pace.

“We’re going to see Emma and Gillian.” The healers would know what was wrong with her or they would figure it out.
Long, Heather. Caged Wolf: Wolves of Willow Bend (pp. 64-67). Heather Long. Kindle Edition.

What Emma figures out and what even Mason suspected came as a surprise to everyone.

These two are meant to be together and AJ has some healing of his own to do, especially with his wolf.

A page turning, tearful read, with some giggles as well. Off to read the next one. I love this series. 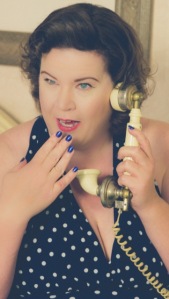