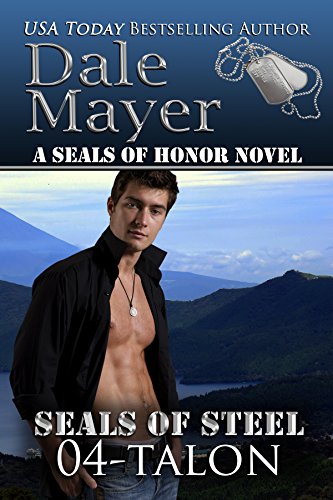 Talon Lore, a former SEAL, has spent the last two years recovering from the damage done when his squad’s truck drove over an antitank landmine. Six other team-mates were also badly hurt, the seventh dead, in what their team leader Badger Horley realized later had to be a trap set to take them out. After his best friend is run down, Talon realizes his murder ties in with the original incident that drove him and his squad hell-bent for revenge.

A year ago, Talon walked away from his girlfriend, Clary Witcher when she’d given him an ultimatum he couldn’t win. Clary is the sister of his best friend killed in the hit-and-run. Determined to tell Clary in person that her brother’s death was no accident and keep her safe from those now targeting her, Talon struggles with the haunting prospect of a reunion.

Clary has never forgotten and never forgiven herself for chasing the man she loved and still loves away with her stupid, take-it-or-leave-it threat. Her brother’s death is a tragedy she’s barely dealt with when Talon shows up with answers that only beg more questions. He won’t leave her side, certain her brother wasn’t the only target. But Clary has learned one thing from her time away from him: Love–not trouble–needs to be Talon’s reason for staying with her…even if sending him away means jeopardizing her own life.

Okay, confession time. I started reading Laszlo and realized I never read Talon. Horrifying I know, I was doing so well staying in order! So I searched my kindle library found it and started reading.

With the discovery that the accidents that have happened really aren’t accidents, Talon and Laszlo head to San Diego to talk to Chad’s sister Clary. Now Talon and Clary have history, he left her because she wanted him home for dinner every night and he wanted the Navy. Those two things just don’t go together.

Clary had moved on, but that didn’t work either. Her marriage ended in divorce right before her brother died. With Talon showing up after not showing for Chad’s funeral she is angry. The information they share with her cools her anger but leaves her wary.

This is a favorite scene when Clary learns more.

He stared at her but wouldn’t say anything in his defense.

She’d done that to him too. She used to rail at him when he’d done things wrong, and he’d never defend himself. He would just stand there and stare at her, wait for her to finish. She’d always felt better afterward, and then she would immediately feel worse because, of course, he never would stand up for himself. He would never give an explanation.

“Why couldn’t you have told me?” she asked, bewildered.

“Because,” Laszlo said, “he didn’t want you to see him as anything other than what he was before—strong, capable, determined, physically fit, whole.”

She sagged in her chair, realizing just how hard it must have been for these men to have dealt with the accident. And, if Talon had lost an arm and a foot, she glanced over at Laszlo and asked, “And the others? Were they as badly hurt? Or was just Talon so badly injured?”

“All of us were badly hurt,” Laszlo said quietly. “Some of us lost organs. Some of us lost limbs and organs. All of us lost muscle, tissue, bones, and all of us gained metal plates, metal screws, something added somewhere. All of us went through tremendous heartache, frustration, depression. Most of us hit the suicidal wall at one point. Only revenge kept our team leader, Badger, coming back from the brink.”

Talon picked up the story. “And now that most of us have healed enough to live a more or less normal life, and we have now realized that our incident was quite likely not an accident, we all have a purpose again. But with that purpose comes an understanding that all of us were directly affected and, in another way now, have been further injured with the loss of friends and loved ones. And we’re undertaking the difficult job of letting people know.”

“Maybe you would rather have been left in the dark,” Laszlo broke in. “I wasn’t sure what you’d rather know. I pushed Talon to come and to tell you because we ourselves would prefer to know.”

“Of course I want to know,” she said warmly. “And, yes, thank you for coming and telling me. It doesn’t make it any easier. In fact, it probably makes it worse, but at least I know Chad wasn’t being stupid in the parking lot or unaware. He really had no chance.”

“And I have to admit,” she said, feeling a huge weight come off her shoulders, “maybe it releases some of my guilt.”

“Because I was having trouble with somebody at the time, and I told Chad about it. He said he’d check into it. And he was dead three months later. At the time I was terrified it was related to him checking into my problem. And, since my problem stopped when he died, I figured that was just more proof that I had a hand in his death.”

Talon leaned forward, his arms resting on his knees. “What are you talking about?”

She gave him a quick glance. “I thought I had a stalker. I kept looking around, and somebody always seemed to be there. A Lexus that kept following me. I didn’t know what he wanted. I finally told Chad about him, and he said he’d see if he could find out who it was.”

“A black Lexus was following you?” Talon asked.

She frowned. “I didn’t tell you the Lexus was black.”

“No, but we suspect the driver of a black Lexus was connected to your brother’s death.”

She sat back. “Do you have a picture of the killer?”

Talon reached in his pocket, then stopped and glanced at Laszlo. “I left mine in my pack. Do you have a copy?”

Laszlo pulled several photos from his pocket. He handed the printed images to Clary.

“This is a man we only know as John Smith.”

“Right, great name.” She tapped the paper with her finger. “This is one of the guys. But it’s not the second one.” She shuffled through the photos. “Don’t you have a picture of the other one?”

Both men stared at her. In a low voice Talon asked, “Who’s the other one?”

She frowned. “He’s the man who started stalking me. And then this guy stepped in. I crossed paths with them at a coffee shop. They were having a conversation. When they realized I’d seen them, I didn’t see the other guy anymore, and this one took over. Honestly it was the most bizarre thing.” She watched as Talon and Laszlo exchanged a hard glance.
Mayer, Dale. Talon (SEALs of Steel Series Book 4) (pp. 30-33). Valley Publishing ltd.. Kindle Edition.

Clary offers more insight than just about her stalker, she also adds more to the reasons to further investigate Mouse.

Suspenseful, dramatic, emotional, with a gradual build up to a second chance. 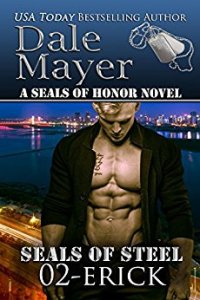 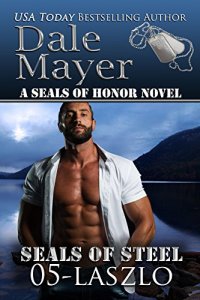 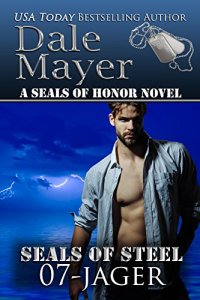