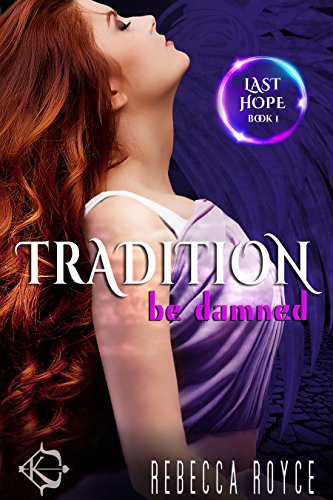 It is the end of days…

Taken from her family at birth, and raised by the mystic Sisterhood, Anne understands she will fight the demons for the rest of her life. Often referred to as the Weird Sister, Anne longs for a life she knows she can never have and dreams of her five guards affections although she believes they hold her in disdain.

She couldn’t be more wrong.

Bryant, Mason, Garrett, Kieran and Milo see Anne for who she is and they’ve loved her every day they’ve known her, although they can never see her face. Fate has chosen them as her beloveds and when the already destroyed world falls apart, they will see they are meant to be…and that maybe all hope is not lost at all. Maybe it is just the beginning.

In this post apocalypse world some females are born with a special gift. This gift is the reason they are taken from their parents as infants and raised to accept their gifts. Fighting and eliminating the demons that are rampant just about everywhere is their purpose. They are Sisters of the Rising Sun.

Sister Anne had been born to Sister Katrina’s biological sister. However, she has never been given preferential treatment.

As this story opens we meet Anne’s guards. The guards are numbered 1-5. On this assignment, she has a new 5. Her 1 had completed his ten years was paid and sent home. This meant all her other guards moved up and 5 was new.

After a particularly difficult assignment, and a bit of a misunderstanding Anne’s number one tracks her down in the kitchen.

I’d seen the insides of the barracks when I was twelve, having been sent out to bring supplies for a sick guard. They weren’t going to freeze to death, but neither were they going to be warm and snuggly.

I shook my head. My thinking was the problem. Sisters didn’t worry about things like the comfort or lack thereof their guards endured. Sisters assumed their guards were fine. I finished the bowl and shoved it down with more force than necessary. What was wrong with me?

I sank to my knees. Alone in the kitchen was a good place to right myself. Why was I this person? Okay, I could kill demons, even at half-strength, but in every other way possible, I wasn’t right. I shouldn’t be a Sister. I wasn’t cut out for it. Did Sisters ever quit? No one had ever indicated such a thing was possible. I knew retirement might become an option at age forty or older, but what did they do with defunct twenty-two-year-olds?

I wiped the escaping tears from my eyes, then rose to my feet. A knock on the kitchen door caught my attention, and I moved quickly to answer it.

One stood in the hallway. He dressed casually, not geared up to fight anything. Instead, he had brown pants and a gray hooded shirt on. One looked like the men I saw on my ventures out of the sisterhood. He’d fit in outside of here, which was great since he had four more years to go and then he would be one of them. He could then actually use his real name.

“Hello, Sister Anne.” He rocked back on his feet. “I was told you were in here. I asked one of the initiates to go get you from your quarters and ask if you’d speak to me. They said you were in here. As it’s acceptable for Guards to be in the kitchen, I came over.”

He was right. The kitchen could be a common area. On a few occasions, the guards came in to get something themselves, which was why we had to use our hoods in the common area.

“How can I help you?” That was the correct response. I would only make them from now on.

“Well.” A muscle ticked in his jaw. His blond hair, still pulled back in the bun, looked messier than I was used to seeing it. Dark circles marred his lovely face. “I haven’t been able to rest for a week. I’m afraid we hurt you, emotionally. That would never be our intention. Even Five. He’s new, and honestly, for as incredible a fighter as he is—which is why I sought him out for the position—he has foot-in-mouth disease and wants to throw himself over a cliff for the way his words seem to have wounded you.”

I wanted to laugh at the description, but I didn’t. Sisters didn’t laugh at things Guards said. I was going to be correct. I had to be.

“I …” I didn’t even know how to respond. “I worry I am the cause of embarrassment for the five of you, and as far as I can tell, you are all the best of the best. I don’t want you to wish you worked for someone else. This is a decade of your life. It must feel like jail, an incarceration you agreed to in order to move your families out of the Deadlands. But I’d rather it be pleasant and not all horrible.”

His eyes widened, and he fell to his knees. “My lady—”

One shook his head. “You certainly are. Sister Anne, this is not a jail. Being with you, seeing what you can do and how strong and brave you are … it makes me want to be stronger, too. You treat us with such respect. It’s a gift from the divinities that you are my Sister.”

My heart raced. I’d never been spoken to like this in my entire life nor had I ever expected to be addressed so. “Please rise, One. I wouldn’t have you on your knees. You are an amazing man. There is never a need for you to lower yourself to me. I’m a woman, a peasant, who happened to have this strange gift. I should be thanking you more than I do, but I can’t figure out what is right and what makes you all want to run for the hills. Day after day, you go out there and might die to keep me, a woman you hardly know, alive. You’re brave beyond my knowledge to express. But I do everything wrong with the five of you.”

He raised his eyes to mine and rose. “You are our Sister. What you do, therefore, is inherently correct. Always. And I know that Mason, Garrett, Kieran, and even Milo feel the same way. I’m sorry; that’s Two, Three, Four and Five.” He reached out to touch the side of my gown by my arm, gently. He tugged on it slightly. The gesture seemed almost like he did it unconsciously more than anything else.

I lowered my voice. “What is your name, One?”

He smiled and nodded his head. “I’m Bryant. And I am always at your service, Sister Anne.”
Royce, Rebecca. Tradition Be Damned (Last Hope Book 1) (pp. 28-31). After Glows Publishing. Kindle Edition.

I love the rebellious Anne as she learns more about her guard and falls for each of them.

We meet Danielle, a Sister who doesn’t dress or act like one and her guards are the same yet different. Anne’s goal was to eliminate demons at the mines, and she will, just not when or how you think it will happen.

There is loss, pain, reunion, suspense, simmer to sizzle heat and so much more! 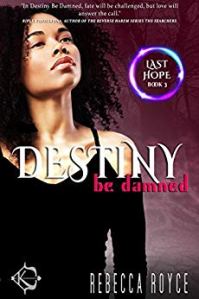