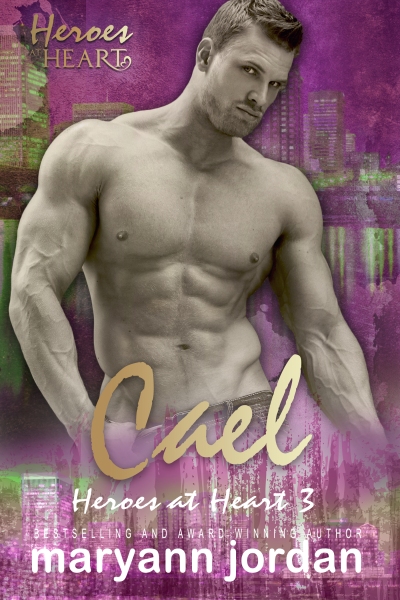 The true measure of a man is not in the mistakes he makes…but in how he handles those mistakes.

Cael Holland devoted himself to his friends and family, but when his niece becomes ill, he steps up to share the burden. Out on the town one night, he runs into her. The woman with the long hair that captures his attention. A woman, after his own heart, not looking for commitment. They agree to a night with no names and no regrets.

But one night isn’t enough and as they become closer, more secrets abound between the two than not knowing each other’s names.

Regina, at the worst possible time in her life, falls for the man of mystery. Their passion cannot be denied, but as their secrets are uncovered, is passion enough to carry them through?

Author Note: Subject matter is similar to what you would find in an R-rated movie. Please be advised, for 18+ readers.

Grab your tissues now, you will definitely need them.

Cael’s niece Cindy is fighting lymphoma, so much for a little girl. He visits everyday, reading to her until she falls asleep. This gives his sister Kathy and her husband Tom, time to get a meal together.

When a flu outbreak hits, he’s unable to visit, not wanting to go home, he finds himself going not to Grimm’s but somewhere he won’t be recognized.

This is a favorite scene when he first sees Regina.

Standing to stretch his legs he was able to easily observe the crowded room, bodies moving around. A flash of color crossed his vision and he blinked, willing his eyes to focus. Looking down the bar, a woman was standing with her back to him, tall, with a great ass in a tight pair of jeans. Her hair, though, that was what really drew him in. The thick, silky tresses hung down in soft waves to the middle of her back. The length alone would have snagged his attention, but the color enraptured him. The reddish-blonde strands appeared to glisten like copper and gold in the lights of the bar, shimmering with each movement her body made.

His feet propelled him forward of their own volition until he was directly behind her. Now close, he could see that the strands were actually multi-colored…yellow, gold, red, auburn. All combined to give the effect of a magical halo floating around her. Shaking his head in wonder, he peered down at her, seeing that, while she was tall, she was also wearing heels, bringing her head to where it would just tuck under his chin.

Her right hand was resting on the bar, long fingers and perfectly manicured nails tapping in time to the music on the wooden surface. A sudden image of her hands on him caused a jolt to shoot through him and his cock twitched. She was alone, but staring toward the back of the bar. He looked in the direction she was staring but did not see anyone she might be with.

The bartender sat a drink on the bar, making a witty comment, and she threw her head back in laughter, turning just enough that he could view her profile. Porcelain skin with a smattering of light freckles across her classic nose. Her cheeks held a rosy glow and her summer-sky blue eyes were framed with thick lashes, darker than her hair. Lips with a hint of pink gloss captured his gaze and the desire to taste them had his breath leaving his lungs in a rush. Giving his head another shake, he could not remember the last time he had such a visceral reaction to a woman.

Just then she turned to take a drink, lifting the glass to her lips, when she caught sight of him and jolted. Her gaze landed on his massive chest and a gasp left her lips. Her eyes widened as she slowly lifted them, finally leaning her head back a bit in an effort to see his face. Before she had a chance to speak, his lips curled and his face relaxed into a friendly smile.

“Hey, beautiful,” he said, unable to think of another greeting.

Cocking her head to the side, she met his grin with one of her own. “Is that your best pick-up line?”

Chuckling, he shook his head slowly. “Just calling it like I see it and you are the most beautiful woman I’ve ever seen. In. My. Life.”

Regina’s mouth opened, but the quick retort died on her lips. She stared at the handsome had more muscles than she had ever seen. Eyes roving his body discretely, at first, his wide shoulders and thick arms filled out the navy shirt he wore, the rolled sleeves straining at the seams.

Her gaze traveled down the length of him, blatantly now, taking her time. His waist tapered to trim hips, his jeans fitting perfectly. The crotch was well worn and his thick thighs filled the denim material. His large, heavy boots were the perfect ending to an exquisite masculine package.

Licking her lips, she allowed her eyes to slowly lift, taking him in again. “Wow, you must be a Brobdingnagian.” A sly, secret mountain of a man standing in front of her. At five feet, eight inches, she usually stared men in the eye when wearing heels, but this man made her feel small. He had to be six and a half feet tall and smile curved her lips as she began to turn away, lifting her drink to her lips and taking a healthy gulp.

Rising to the challenge, he replied, “So you think that Jonathan Swift had me in mind when he wrote Gulliver’s Travels?”

Her eyes widened and her smile broadened. “A well-read man. Now that is sexy,” she purred.

Quoting Gulliver, he said, “‘My hours of leisure I spent in reading the best authors, ancient and modern, being always provided with a good number of books.”

Her smile morphed into a full-blown grin as she finished the quote, “And when I was ashore, in observing the manners and dispositions of the people, as well as learning their language; wherein I had a great facility, by the strength of my memory.”

Tapping her finger on her chin, she declared, “I think I’ll call you Titan. That’s easier than Brobdingnagian. You’re definitely more than just a giant…you’re more of a mythical warrior.”
Jordan, Maryann. Cael: Heroes at Heart (Kindle Locations 452-487). Kindle Edition.

What starts as one night, no names, quickly become more. A weekend followed by a week of meeting up after work.

When she disappears after meeting Cindy, Cael has no idea why. They haven’t revealed their true names so he finds himself at a loss. So many twists and turns to get these two where they need to be.

Miss Ethel, the brothers by choice, the family, a sacrifice and more blend into a heartrending story of faith, hope and love with a sizzling attraction, that is loosely based on the story of Rapunzel. 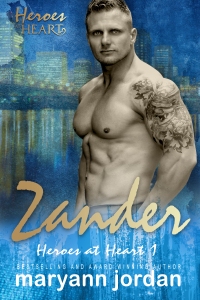