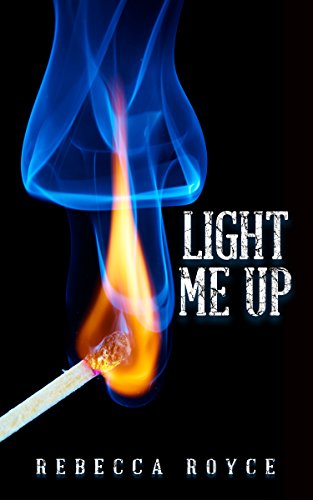 Light Me Up
By
Rebecca Royce 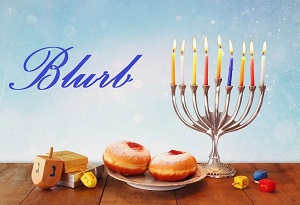 Ruth has been a vampire for sixty-five years after being assaulted by a vampire during World War II while her family hid from the Nazis. One night, she is drawn to a house where they are celebrating Hanukkah and the candles are burning in the window. There, she meets a man, Benjamin Fox, who is immune to her vampire charms. Ben is thirty-five years old and dying of a heart problem he’s had since he was a child.

Together, they will form a friendship that could be so much more if either could allow it. But when Ben is about to succumb to his illness, Ruth must decide whether to give in to his wishes and make him a vampire too. She is, he’s decided, his ultimate Hanukkah gift. 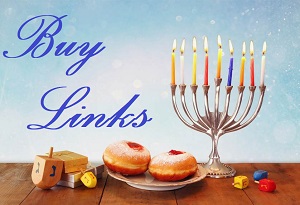 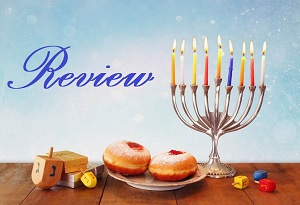 While I call this my Christmas Countdown, Hanukkah is also celebrated this month. In fact it starts at sundown tonight. So light your menorah, and begin the festival of lights with this fun tale.

Ruth was turned in to a vampire during WWII, she was being transported most likely to a concentration camp when everything went to hell. She doesn’t remember the how, and really it doesn’t matter anymore. She is what she is. On this particular night she is drawn to a window where children are lighting the menorah.

Benjamin has come to his family for Hanukkah, it is most certainly his last. His heart is failing and he wants to enjoy this holiday with his parents, sister, her husband and their children, but most of all his grandmother.

Now usually when Ruth approaches someone, they fall into thrall, not so with Benjamin and hearing his struggling heart she knows she can’t feed from him. Instead they have a conversation, this is a favorite scene.

Ruth stopped her approach and regarded him. How had he known she was there? She hadn’t made a sound he would be able to hear.

Shrugging, she decided she didn’t care. She’d wanted to see him, and she was going to. He wouldn’t remember his encounter unless she wanted him to. Being a Vampire was convenient in that way.

Pitch-black hair fell around his eyes, covering up the top half of his face so his chocolate-brown eyes were barely visible. His frame looked thin, even with welldefined muscles shaping his expensive clothes. Only the dark circles under his eyes gave any outward evidence of the illness within.

“Hello.” She spoke first because she knew he would not. Prey never did.

“Hi.” His voice was low and musical. She wondered if he sang.

“What is your name?”

Ruth spent so little time speaking to others, truly less and less as the years went by, that she still held the accent of her human youth. Anyone who listened would think she was a Polish immigrant. This suited her fine. She never stayed in the company of anyone long enough for them to care.

“My name is Ben.” He cleared his throat. “Benjamin Fox.”

She stared into his eyes for a moment, and a strange longing hit her stomach. How nice would it be to be just a girl meeting this young man on the street? But longings were for people with futures, something she did not have, since she was dead, and something she suspected he had run out of.

“Are you aware you are sick?”

“I am. I have been nearly my whole life. I was born with a heart defect. It’s gotten worse. There isn’t much time left.”

Well, that answered her question. She reached up and touched the side of his face. This period of time, the moments when she could speak to him, ask him questions and get the answers to anything she wanted to know, she thought of this as the ‘enthralled time.’ It didn’t last forever.

Eventually, his human mind would push through, and his fight or flee response would take over. Most Vampires didn’t bother to speak to their prey. They ate, decided whether or not to kill the subject, and moved on.

Usually she didn’t talk much either, but since she wasn’t going to feed off Ben —it most certainly would kill him considering his health issues— she thought one conversation wouldn’t hurt anything. Tonight was such a different experience for her from start to finish. She might as well make it a doozy.

“What are you doing here tonight?”

“I came to see my grandmother. The whole family is gathering. It’s going to be my last holiday. I have weeks left at best.”

Not that long, but she wouldn’t tell him that. As a giver of death, she was acutely knowledgeable on the subject. Benjamin Fox had days.

“Do you celebrate Hanukkah for all eight nights or just the first few?”

He shook his head. “I’m not very observant, wasn’t raised that way, but Grandma does. I wanted to make sure I saw her this year.” He paused. “Do you?”

Startled, she wasn’t sure she heard him correctly.

“I asked if you do all eight nights?”

“No.” What had just happened? He shouldn’t be able to think clearly enough to ask her questions, not while he was enthralled. “Not since I was a human.”

He raised a black eyebrow before he snickered. “Since you were a human? What are you now? A snake that walks instead of slithers?”

A very interesting relationship starts from this initial conversation, and develops into a most unusual love story. Of course the whole thing can’t go smoothly so throw in a Vampire hunter for an interesting plot twist. 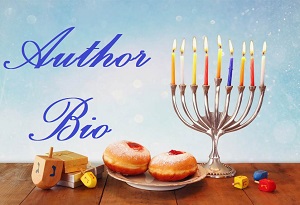 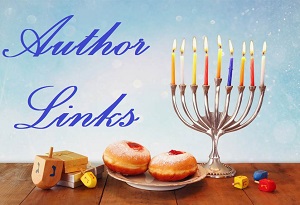 One thought on “Christmas Countdown! Light Me Up By Rebecca Royce”