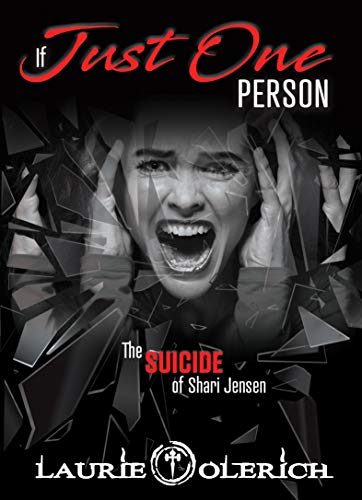 If Just One Person
By
Laurie Olerich

Content warning: This story contains a first person, brutally honest expression of depression and despair, as well as a graphic depiction of a suicide.

It didn’t happen overnight. My downward spiral started years ago. Once upon a time, I was happy and young and pretty. I had my whole life ahead of me and a heart full of bouncing optimism that kept me smiling and cheerful. That was 20 years ago though. Things have changed. Now?

I’m furious at everything and everyone.

The anger’s building and I can’t turn it off.

It’s only a matter of time before I unleash it on someone who doesn’t deserve it.

So lately, I’m thinking more and more about cashing out before I get any more twisted and bitter. I really want my friends and family to remember me with some love in their hearts. If I open my mouth and say what I feel, they’ll never look at me the same way again.

My suicide will be hard for them to understand, though I’m not convinced it will bother them for too long.

And at this point in my depressing life, I don’t care.

I’m going through the motions. Trying to get through each day with my sanity and liver intact. Money’s tight so the liver’s got a good chance of staying healthy since I can’t afford scotch anymore. Sanity? Well, now. That’s another thing entirely.

So, this is me. Shari Jensen.

Shari Jensen could be your sister, your mother, or your best friend. She’s everyone and no one. She’s an ordinary woman suffering from depression. She’s middle-aged and divorced. She has a dysfunctional family and forgetful friends. She appears strong, but deep down inside, she’s screaming for help.

Her story is hard to read, but it’s a reminder that even apparently strong, successful women can feel lost and alone behind the mask they wear for the world. It’s a reminder that just one person can make the difference between life and death.

This is a very hard book to read. It tells a lot of truths, and while not everyone can be helped, if you don’t try you will never know.

From feeling alone, to an emotional creation of a best-friend, this is a heartrending tale. The story is told from Shari and Linnea’s points of view and takes us on a journey through depression, anger, bitterness, and despair.

As depression can be rampant especially at this time of year, I ask you to pay attention, really listen and reach out. Sometimes all it takes is ONE PERSON!

Thank you Laurie for saying the things that are hard, here is my favorite quote and the resources for help:It takes just one person to make a difference.

Just one person to save a life.

Just one person to heal a wounded spirit.

Will you be that one person?

Resources:If you’re a veteran, or know one who’s considering suicide, please call the Veteran’s Crisis someone. You can also chat online at VeteransCrisisLine.net/Chat or send a text to 838255. Help is out there!

Please take that final step to reach it. If you or someone you know needs help, call 1-800-273-8255 for the National Suicide Prevention Lifeline.You can also text HOME to 741-741 for free, 24-hour support from the Crisis Text Line.

Outside of the U.S., please visit the International Association for Suicide Prevention for a database of resources.
Laurie Olerich. If Just One Person ARC with watermark Laurie (Kindle Locations 880-888). Kindle Edition. 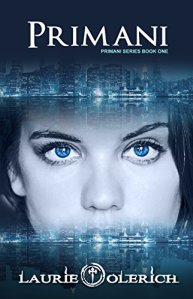 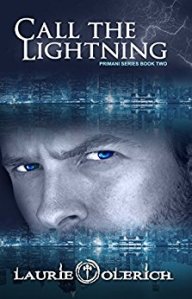 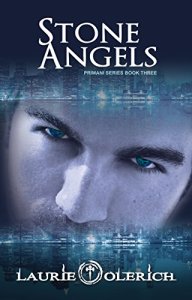 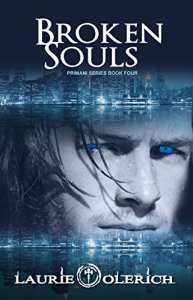 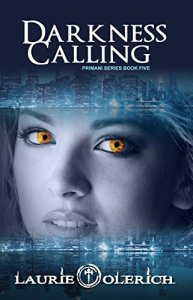 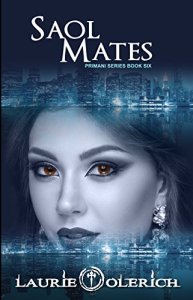 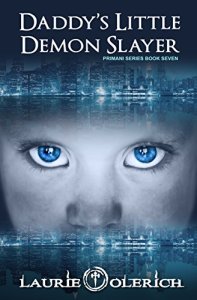 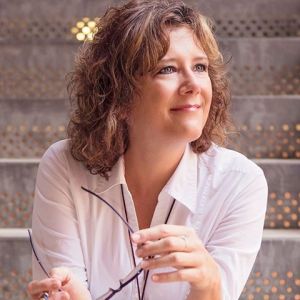 Laurie Olerich is the author of the Primani and Demons After Dark series. Part romance, part paranormal, part adventure…Three things she can’t live without!

Laurie spent most of her life in the Northeastern United States and in Western Europe. She now lives in San Antonio, Texas, with her son and Dalmatian muse Rambo. In an attempt to re-live her wild and crazy younger years, she lives vicariously through her characters by setting their adventures in her favorite city, New York, and the mountain forests of New England as often as possible.

Before diving into a writing career, Laurie dedicated 20 years to her country by serving in the United States Air Force. Much of her time was spent around men with guns and cool toys…this explains her obsession with both.