Ten years in the Navy, most with the elite brotherhood of SEALs, Axel Svenson “Swede” has dodged so many bullets, he knows his luck will someday run out. With younger blood pushing to take over for the older guys, and an injury that marks him for discharge, he takes the plunge into the civilian world. Since desk jobs aren’t what he’s cut out for, he checks on the pet project of one of his former teammates—Brotherhood Protectors. Providing personal security to rich people sounds like a walk in the park compared to where he’s been.

Prospective bride, Allie Patterson, thinks she’s marrying the man of her dreams. He’s rich, he’s handsome and mysterious—everything a woman should want. Until his secrets threaten her life. After several near misses, Allie reluctantly allows her fiancé to hire one of her brother’s bodyguards. The big, sexy, tatooed SEAL assigned to protect her is the kind of guy women drool over, and makes Allie question her decisions. Perhaps she’s marrying the wrong man for the wrong reasons. But her brother’s gruff friend can’t possibly be Mr. Right. Together, they traverse a dangerous journey to get Allie to the church on time…and alive.

Set for medical discharge, Axel ‘Swede’ Svenson travels to Montana to join with Hank ‘Montana’ Patterson in his new endeavor. Providing security and bodyguard services is the name of the game for Brotherhood Protectors. Axel has also recommended someone he became close to in rehab, Bear. Although not a SEAL, he is Delta and this would be right up his alley too. Axel’s first assignment is to protect Allie Patterson, Hank’s sister. She is getting married and the groom has received threats to her safety.

Allie Patterson is a stubborn, much like her father and brother. She is determined to get married, nothing and no one is going to stop this wedding from happening. Not even the groom, who manages to disappear on business right after his barn burns to the ground.

Allie puts her bodyguard Swede through his paces the first day at the ranch and in spite of herself she feels more than a little attracted to him.

This is a favorite scene the second day on the Patterson Ranch.

Swede was glad the horse knew what to do. The work wasn’t hard. In fact, it had a certain rhythm that bred a sense of calm.

Georgia shouted from the house that Allie had a call from the caterer.

“This horse is about done. You can turn her out into the pasture and then bring out another horse. Just stay clear of Diablo, the black gelding in the last stall. He’s a work in progress, and he hasn’t quite got the hang of anything.”

“No one, yet. Like I said, he’s a work in progress. In other words, he’s too wild to handle easily.” Allie waved at Georgia. “I have to go. No need to follow me. You can keep an eye on the house from the corral, and I really doubt anyone will attack me there.”

Swede nodded. She was right. He had a good view of the house and the road leading to it from the corral.
As Allie hurried inside, Swede couldn’t help but follow her progress. He told himself it was part of his job, but the truth was the way her hips swayed in her jeans was completely mesmerizing.

The horse he held on a lead tossed her head, pulling Swede back to the task at hand. He walked her through the gate into the pasture and unhooked the lead.

She pranced away and joined the other horses already grazing.

Glancing back at the house and drive, Swede returned to the barn and walked along the stalls, most of which were empty now. One mare stood placidly, watching him as he passed her and walked down the line of stalls to the end.

When they’d been cleaning, Allie had led Diablo Diablo in and out. She’d also taken charge of brushing him.

As Swede neared, the animal stuck his head over the top of the gate and nickered.

“So, you’re a real ball-buster, are you?” Swede spoke softly and reached out a hand to rub the gelding’s nose.

The horse pawed at the dirt and tossed his head as if saying yes.

“How hard can it be to walk you around a corral?” Swede snapped the lead onto Diablo’s halter and opened the stall.

As soon as the latch was free, Diablo hit the door, knocking Swede backward. He staggered and held on tightly to the lunging rope, while being dragged out of the barn by the bolting horse.

When Swede got his feet under himself, he dug his heels into the dirt and slowed the horse.

Diablo reared and jerked the lead, but Swede held steady and started talking. Soon, the horse stopped fighting and settled on all fours.

Ruger stepped up beside Swede as if to show his support.

Diablo lowered his nose to the dog, and the four-legged creatures sniffed each other.

“You’re not so bad, just a little spirited.” He raised his hand slowly to stroke the horse’s nose. “See? I’m not here to hurt you.” The gelding tossed his head as if to disagree. “Ruger wouldn’t be beside me now if I hurt him. He trusts me because he gave me a chance. I gave him one, too.” Swede continued to talk to the horse as he led him into the corral and closed the gate behind him. Still holding the lead close to Diablo’s halter, Swede walked the horse around the outer circle. He kept a running monologue going, to calm the animal.

Ruger stood outside the pen. Every time they passed the dog, the horse looked his way.

After walking around the pen for five minutes, getting the gelding used to the environment, Swede picked up the pace and settled into a slow and steady jog.

Diablo matched his pace and trotted alongside Swede. Slowly, Swede lengthened the lead, still running with the horse, but putting more distance between them. Whenever Diablo slowed, Swede clicked his tongue and jogged faster, encouraging the horse to keep moving. When the lead was long enough and Swede was standing in the middle of the corral, the horse slowed. Swede clicked his tongue, and Diablo broke into a trot.

After several more circles around the corral, Swede let Diablo come to a stop. He pulled in the lead until he could rub the horse’s nose. “You’re a good boy,” Swede soothed, running his hand across the horse’s nose and up to scratch his ears. Then he swept his hand along the gelding’s neck to his back.

Diablo pawed the earth and whinnied, swaying on his hooves.

Swede scratched the animal’s back, side and around to his belly. He moved his hands up to the horse’s back again and laid his arms over the top, scratching the other side, while leaning his weight on the animal.

Diablo tossed his head, but didn’t move away.

Holding onto the lead rope, Swede grabbed hold of a handful of Diablo’s mane and swung his leg over the top of the horse. He leaned forward and wrapped his arms around Diablo’s neck, speaking to him the entire time, fully expecting to be thrown, but hoping it wouldn’t happen.

Diablo backed up and then moved forward, whinnying.

Ruger whined behind the rails of the corral, capturing the gelding’s attention.

Diablo trotted to where the dog stood and lowered his head to sniff.

Swede molded his body to the horse, still rubbing his neck and speaking softly.

Seeing Diablo and Ruger greeting each other with their noses, Swede slipped off the horse’s back and patted his neck. “See? It’s not as bad as you think.”

When Swede straightened, he noticed he had an audience. “Damnedest thing I’ve ever seen.” Eddy leaned against a corral panel, his arms resting on the top rail.

“That horse doesn’t like anyone,” Lloyd Patterson said, scratching his head.

“And to beat it all, Swede never rode a horse until yesterday.” Allie joined the two men at the fence, a smile tilting the corners of her lips.

“You’re lucky he didn’t take you for a ride.”

Swede rubbed Diablo’s neck. “I think he just needed a friend.” He tipped his head toward Ruger. Diablo and Ruger sniffed at each other. Ruger’s tail thumped the ground.

“The man we bought him from said he had another gelding raised with Diablo,” Mr. Patterson said.

“You might want to check and see if he still has him,” Allie said. “Seems Diablo needs a friend.”

“Why? Swede’s dog seems to be doing the job,” Eddy said.

“And why feed another horse?” her father added. “It’s cheaper to feed a dog.”

The more time Allie spends with Swede the more she questions her motives for marrying Damien. She is also determined to go through with the wedding. No matter what anyone says.

Swede needs to protect Allie from the escalating attempts on her life and at the same time keep himself from falling deeper for this tempestuous female.

A roller coaster ride of excitement, lust and emotions as they figure out who is after Allie, and bring him to justice. 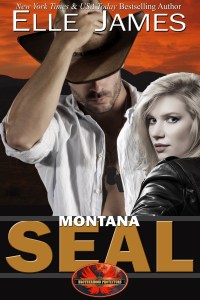 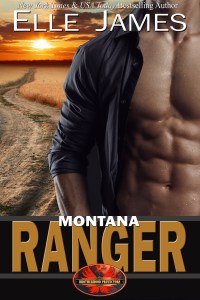 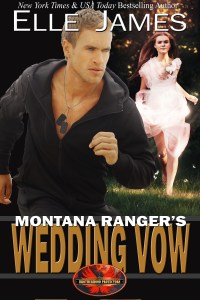 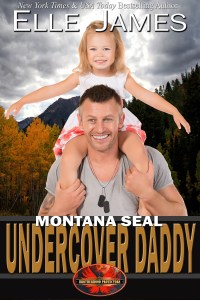 Award-winning author Elle James grew up as an air force military brat. She received her work ethic from her rock-solid father, her creative streak from her artistic mother and inspiration from her writing partner and sister, Delilah Devlin.

As a former member of the army reserves and a current member of the air force reserves, she’s traveled across the United States and to Germany, managed a full-time job, and raised three wonderful children. She and her husband have even tried their hands at ranching exotic birds (ostriches, emus and rheas) in the Texas hill country. Ask her, and she’ll tell you what it’s like to go toe-to-toe with an angry three-hundred-and-fifty-pound bird and live to tell about it!

Her adventures in the army and air force reserves, and the wild antics of her life on a small ranch in Texas give her fodder for mystery, suspense and humor in her writing. Elle writes gothic, paranormal mystery for the Harlequin Intrigue line and paranormal romantic comedy for Dorchester Publishing. A former manager of computer programming and project management professionals, Elle is happy she now has the opportunity to pursue her writing full time.