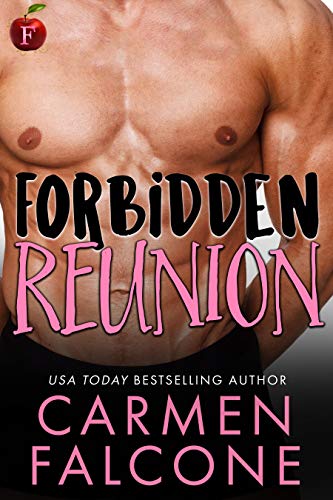 Engaged to one man. In love with another.

Savannah Buford needs to call off her engagement—to a nice reliable man who loves her. He asks her one last favor—to secure a client that could possibly save their PR firm. She agrees to help, only to find out the man in question is Kylian Chevillard, the French devil who broke her heart eight years ago.

Kylian needs a PR person to help him reopen his beloved resort in Hawaii. But when he accidentally learns about Savannah, he can’t pass up the opportunity to meet her again and see for himself if she still stirs him up inside. Their reunion proves he’s not done with her, and he’ll do everything in his power to win her back—and this time, for good.

Technically only Kylian and Savannah’s first encounter would be considered forbidden, since Savannah had already decided to end her engagement but Daniel didn’t accept it.

Kylian and Savannah have history and one that didn’t end on a high note. Both of them have matured greatly since then and while the attraction is still there, the question becomes should she take a chance again. His proposal for her to take on the PR work for his newly renovated hotel in Hawaii grabs her interest and has her wondering what could be.

Daniel. His blood heated for a completely different reason—he curled his fingers into a ball, doing his best not to find the man and punch him vigorously. The way he’d touched Savannah’s elbow. If she had seemed mildly interested in her fiancé, he’d respect their relationship.

However, she’d inched away from Daniel. Shit, she didn’t like his touch. Why? Was she in trouble? Why would she keep Daniel as a fiancé when she didn’t want him to touch her? “I’m re-opening a resort in Maui. I had to close most of it because of a flood a few months ago. When it happened, the former resort manager didn’t comply with a couple of safety policies. The authorities found out and bad press followed.” He sighed, the damage caused by the torrential rain still vivid in his mind. Only a small section of rooms remained open, and he had decreased his marketing efforts until they found the right person to represent the hotel after the remodeling.

“Why me? I mean, I’m sure you have all kinds of connections.” The wind changed directions and Savannah tried unsuccessfully to brush some loose strands of silky hair from her face. He palmed the round glass.

Because I want you. Why couldn’t they try, try and see if they worked the second time round? Determination bolted through him. Older, smarter, and without insecurities from the past. Also, he no longer had the responsibilities of being the head of the family he had when he’d met her—he no longer had to take care of his mother and his brother. I am free.

Resolution lit inside him, fast-tracking his cells. Merde, could this work? He’d screwed Savannah over in the past, and a “sorry” wouldn’t cut it. He had to show her he’d changed—and quickly, before she married that man. Despite their history, Kylian would never fight for a married woman. He wouldn’t mess with anyone’s vows.

Until she made them though… it was fair game. She would be his again, and this time, he wouldn’t let her go like he had before. “I wronged you in the past, and this is a way to make up for it. I know working with me will give your firm a boost.”

Savannah lifted her chin. “I see your self-esteem hasn’t changed much.”

“A lot has changed… and some, fortunately, has not.” Kylian put his glass down on an empty table, and stared out at the darkness in front of him for a quiet moment. He turned to face her again, and she moved her head quickly, like she had been watching him. Warmth washed over him, a thrill of excitement racing down his body. When was the last time he’d felt like this? We aren’t finished. Maybe they never would be, and he owed it to them to find out.

“Whatever that meant. I know who you are under this fancy suit.” Savannah placed both hands on her waist.

“I didn’t know your memories of me were still so vivid after seven years,” he said, with a gravelly voice.

Savannah’s hands dropped to her sides. “Eight years.” She narrowed her eyes. “And you know what I mean. The past is long gone, which doesn’t change the fact that I am highly qualified to represent your chain. So yeah, I’m in.” After all, this would be a professional deal. Nothing less, nothing more.
Falcone, Carmen. Forbidden Reunion. Kindle Locations (184-205). Kindle Edition.

Aside from not being able to keep their hands off each other, there is also Savannah’s doubts about his intentions. Kylian has much to atone for.

A fun read, with white hot sizzle and great descriptions of the resort and the islands. Now I want a nice tropical drink with an umbrella. 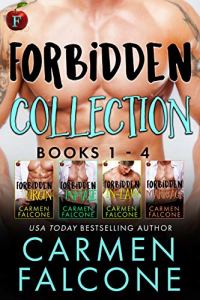 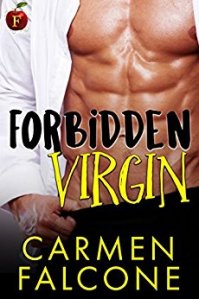 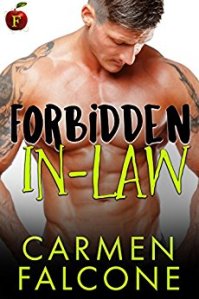 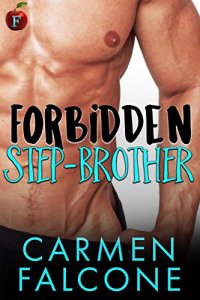 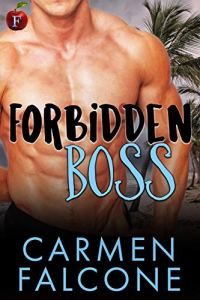