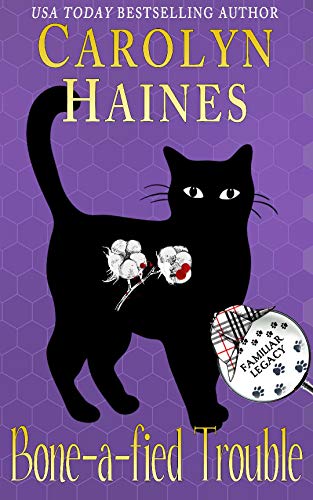 Trouble, the Sherlockian feline, falls in with Pluto, another cat with a yin for detective work, to find the missing Trudy Wells. But the cats aren’t alone. Tabitha Kingsley, posing as a psychic medium, has come to the Mississippi Delta to find her missing sister.

In a world of wealth and privilege, Tabitha must discover the truth of what her rebellious, sometimes law-breaking, sister was really up to. And she must trust Roger to help her.

Trouble and Pluto aid the bipeds in finding the answers—to Trudy’s vanishing act and also to the path to trust.

I love a mystery and I love cats, add in a touch of romance and it’s book perfection.

Trouble is a visiting cat with a knack for solving mysteries. Pluto is the cat of a local detective who is off with the Sheriff her significant other on vacation. When Trudy the receptionist at Long Agricultural Products disappears, her cat Vesta does also, only to show up at the Long residence.

Tabitha is Trudy’s sister and when her calls are ignored she decides to find out what’s going on. Pretending to be a medium she manages to infiltrate the Long home, Charline and Samuel aren’t a problem but Roger is definitely skeptical and Tabitha needs to win him to her side.

Tabitha had to struggle not to laugh out loud. Charline Long had gotten her nephew’s goat in the most effective way. With kindness.

“I believe dinner is served.” Raj dodged the subject of a picnic. “Now let’s enjoy the food that Nancy prepared for us.”

They went to the dining room and Tabitha was impressed with the simple goodness of the food. She hadn’t expected soul food at Long Hall but the peas, cornbread, and pork loin were all delicious. She noticed a pretty yellow cat sitting in the dining room window. “Is that your kitty?”

Roger frowned. “No, it belongs to one of our employees. It would seem she’s abandoned the poor creature.”

“May I take it some food?” Tabitha had plenty of left over pork roast.

“Of course. I suppose I should bring her inside. The nights can be cold.” Charline went to the window and opened it wide for the cat to come inside. The little marmalade didn’t hesitate. She hopped right into the room and went for the dish of food Tabitha put on the floor. “I love cats,” Charline said. She looked at her husband. “It seems she’s chosen us.”

Samuel started to shake his head, but he sighed instead. “If she chooses to stay, keep her. My grandmother loved schnauzers. They’re wonderful dogs but so active. She installed the topiary. Suellen was more of a cat person. Charline loves all animals.”

“We haven’t had a cat since Suellen’s pet passed away several years ago,” Charline said. “She adored that cat, Sheba. We all did.” She walked behind her husband and put her hands on his shoulders, leaning down to kiss his cheek. “Thank you. I miss not having a pet.”

“What about the black cat that was here when I arrived?” Tabitha asked.

“There’s no black cat living here,” Samuel said. He turned to Charline. “Is there?”

“He was sitting on the stairs. I saw him clear as day,” Tabitha insisted.

Tabitha was caught off guard. She was positive the cat had been flesh and blood, but she couldn’t say so, repudiating her skills as a psychic and medium. “Of course, it could be a spirit cat. Just another sign she’s here and wants you to know it.”

“He’s one spirit cat with a good appetite,” Charline finally said. “I fed him in the kitchen earlier. I do believe he’s flesh and blood.”

“Maybe the cats are an omen,” Samuel said.

Tabitha had other thoughts. Maybe the orange feline was Trudy’s pet cat that she’d adopted. Trudy had sent a photo of the little female she’d found at a dumpster on a back street in Zinnia, and this kitty looked exactly like Trudy’s Vesta. But what was the cat doing at the Long plantation? Logically the cat would be in the rental where Trudy lived. There was no cat there— Tabitha had looked for the animal, knowing it would be confused and scared at Trudy’s absence. But then, two weeks was a long time to be on her own. Maybe she had sought solace and shelter in a place that was familiar.

Tabitha quickly learns that Trouble and Pluto would be a help in finding the clues needed to locate her sister.

There are many twists and turns in this tale, as Roger aka Raj finally starts aiding in Tabitha’s quest. A bit of romance to add to the intrigue and a surprise I truly didn’t see coming!

I am now going to the beginning of this multi-author series another book by Carolyn. I also must investigate to see if Pluto has a series. 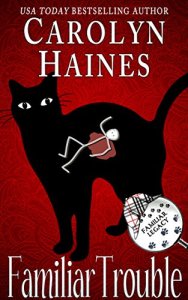 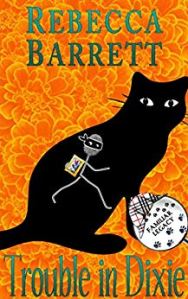 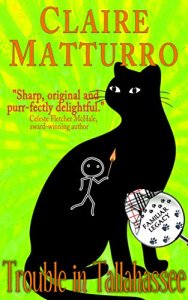 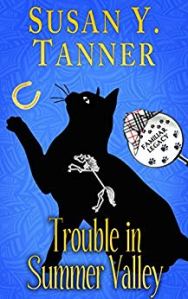 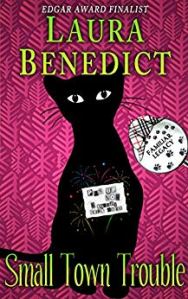 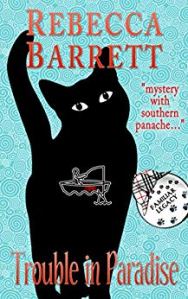 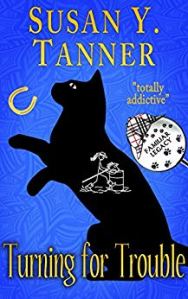 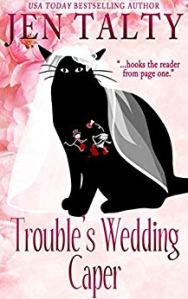 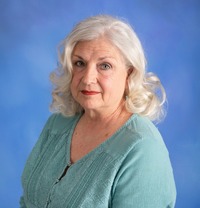