Wyatt’s SEAL Team rescued Emily when she was held hostage in Saudi Arabia. He’s spent the last five months subtly courting her friendship, after she moved stateside to start a new life.

Emily struggles desperately not to let one horrifying night define who she is. Learning how to step away from the pain and panic is a battle every day, but she will never give into the darkness.

Emily’s family is still stationed in the Middle East, and things begin to heat up. She is determined to help them, especially when she finds out that her teenage sister is planning on going into the lion’s den to find out information on a terrorist plot. As the situation spirals out of control Emily turns to Wyatt for help.

As Wyatt gets things under control overseas, Emily thanks God for Wyatt’s strength, friendship and ability to protect her family. But now she realizes her feelings run deeper than friendship and she starts dreaming the impossible. Will she ever be strong and worthy enough for this man? Is it possible that he could be her loving hero?

Emily is an Ambassador’s daughter who had been kidnapped in the Middle East. She’s back in the United States healing and starting life over.

Wyatt was part of the team who rescued her and he has been volunteering with kids along with her. There is an attraction between them but Emily has a long way to go before she is ready for a relationship. Fortunately Wyatt understands and is very patient. Planning an ice cream date after dropping the kids off, Wyatt needs to wash up after cleaning out the van.

The door she was leaning against opened slowly so she moved. “Wyatt, I said I wasn’t coming in.”

“Well, you’re not staying here in the truck.” His expression was…She couldn’t get a read on his expression.

“Please, can you leave me alone. Please?”

“I have a deck. You can sit out there, it looks over the kid’s swings. I just don’t feel comfortable having you sit out here, okay?” He held out his hand.

Emily ignored it. She unbuckled her belt and grabbed the handle on the truck and stepped on the runner of the truck and carefully got to the ground. She didn’t look at Wyatt. She heard him sigh.

“It’s this way,” he said as he closed and locked the truck.

She noticed that the crepe myrtle trees were pretty as she walked beside him toward his townhome.

Darn it! She should have held her ground.

When had he crawled so deeply into her life? How had she let this happen? She peeked up at him under her lashes.

Oh yeah, he was hot. He was nice. He was funny. He was easy to be around. That’s why she’d let him in. Wyatt was just such so sexy. She’d never felt like this about a man before.

She stopped in her tracks as shivers racked her body and she broke out in a cold sweat. What was she thinking? The idea of a man touching her was abhorrent.

Was somebody saying her name?

She felt a hand on her upper arm, she shook it off and fell backwards into the grass next to the sidewalk. She scuttled backwards like a crab. She couldn’t see, but she knew she needed to get away from that hand.

“Stay away.” She tried to yell, but her words came out weak and hoarse.

She pushed into the ground with her elbows and heels, trying to get away from the voice. “Don’t hurt me,” she begged.

“Miss Emily Hoag, this is Petty Officer Wyatt Leeds. I’m not going to touch you.”

She heard a commanding male voice. It sounded safe.

“Emily, it’s me Wyatt. Remember? Emily, you’re safe. No one is going to hurt you.”

Emily stopped moving. Nobody was touching her. She slumped back on the soft grass and opened her eyes, she looked up and saw a blinding blue sky. Her heart was beginning to beat at a normal rate.

“Angel, you with me?” Wyatt asked softly.

Damn it. Again? When would this end?

Her eyes filled with tears. “When will this end? It’s been two months since something like this has happened.” She couldn’t turn her head and look at him. She just couldn’t.

“With everything Brant was saying today, and me telling you what I found at the back of the van, it’s no wonder it triggered something. You need to cut yourself some slack.”

After long minutes she turned rolled her neck and looked at him. “I’m a mess.”

“No, you’re not. I’m pretty sure they have some kind of official name for this. It’s a complicated term. Hold on. Let me think.”

“Hmmmm. It’s not mess,” Wyatt’s expression was puzzled, but she knew he was going to be a smartass. “Maybe tangled,” he mused. “Nope, that’s not it. Maybe it’s a kerfuffle.”

“No, that doesn’t sound right either.” Now his eyes were twinkling. “How about a hash-up. A goat-fuck?”

Slowly he put one finger under her chin and his expression turned serious. “Why don’t we admit you’re still suffering from Post-Traumatic Stress Disorder, and that you’ve come a hell of a long way in a short amount of time, and skip this mess bullshit? How about that Emily Lynn Hoag? Huh?”

Darn it. He was right.

Emily watched as he hesitated to help her up.

“Oh, for goodness sakes, help me up,” she sighed. “I’m through with my panic attack.”

He still watched her carefully.

“Look, it’s part of the job. You just observe things, okay. You were a tutor for how long?”

“Could you turn off being a teacher? Let me answer that for you. No, you couldn’t, because you’re a natural teacher. I see it with the kids at the center. Part of my job is observing, I don’t want to touch you until I know you’re totally comfortable.”

Emily pushed up into a sitting position and wrapped her arms around his neck. “Thank you,” she breathed into his throat. “Thank you for everything.”
Caitlyn O’Leary. Her Loving Hero (Kindle Locations 199-239). Kindle Edition.

Panic attacks are the least of Emily’s worries as things in Oman, where her father is assigned, become unstable. Emily’s sister Carly and her friends have stumbled upon something and she calls for advice. In turn she asks Wyatt for help and what they find well lets just say this is where things start getting really interesting.

From the US to Oman this story is fast-paced and action-packed with suspense and lots of romance before the heat. 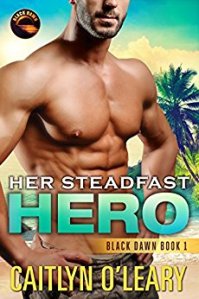 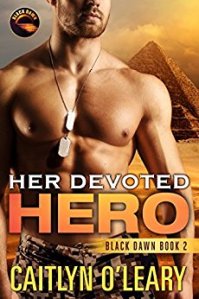 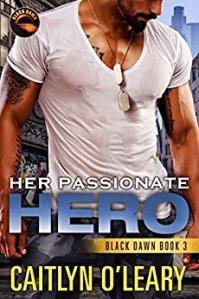 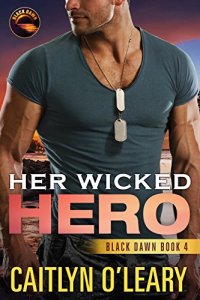 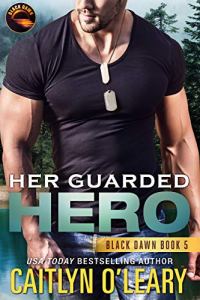 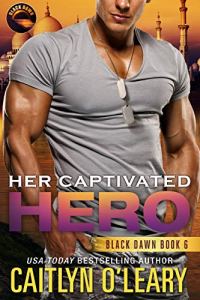 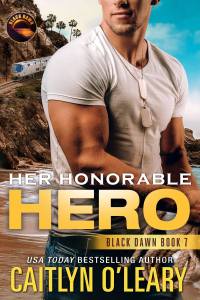 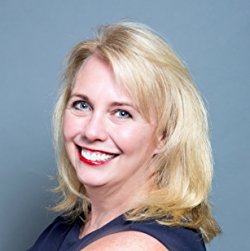