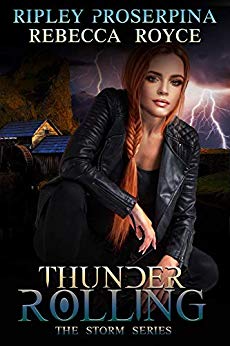 The world around Whitney Lake keeps changing, but with John, Isaiah, Nick, Brandon, Dante, and Carson by her side, her foundation has never been stronger. Together, they are building a sanctuary for the survivors of Roanoke—the living and the newly Uncontrolled.

Still figuring out their newfound powers, and the connection which binds them all together, the guys don’t hesitate to do everything they can to protect the woman they love.

Whitney may have brought her guys to life, but when she falls ill, they are left scrambling. Will her men pay any price to save her, or will the storm that brought them together, tear them apart?

This book had me holding my breath and sniffling quite a bit.

After the destruction of Roanoke, Whitney, who told everyone to run, is now running out of energy.

Zero has become a refuge and with so many new arrivals there are problems every day. What they didn’t realize was the circuit that binds them was also now killing Whitney. The energy the guys are pumping through to her is preventing the natural healing that a fever does.

This is a favorite scene as they come to understand the implications.

I held her tighter, adjusting her slightly. Sleep was the best thing for her.

John walked over, bringing me a chair to prop my foot on because I hung half-off the bed. No one said a word. Like me, they seemed content to just stay there right with her, for as long as she needed.

Whitney’s eyes danced beneath her lids. I liked to think she was deep in a recuperative sleep, dreaming about strawberries and ice cream and shopping malls. Happy things.

Not: did we have enough food to go around? Or: was her brother about to find our safe haven?

All of us perched around her room.

In between staring at her, I stared at my friends.

Arms crossed, John stared at Whit like his power of disapproving facial expressions could ward off whatever plagued her. He wasn’t calm, though he would have liked us to think that. Lawyer, remember? I was excellent at interpreting body language.

Dante paced, his attention never leaving Whitney. What did he see when he looked at her that I didn’t?

I studied her again. Her skin was pale, and her orange freckles stood out. Usually, she had a pinky glow. She said she was “red,” but I loved the flush of color. It was like she was always running. Or excited. That color was a sign of the way she approached life: energetically and joyfully. So to see it missing…

A crash from the corner of the room startled me, and I jerked.

“Shit!” Dante said, rubbing his knee. A second later, I jerked again, this time when a zap of static shot through my body.

“I didn’t mean to,” the man replied. His tan face was ashamed as he straightened.

Worried, I examined Whit. “It’s like her body is over-reacting to our injuries.”

“Like an autoimmune disorder,” Dante said and then winced. “Sort of.”

“English!” Nick said and then when Whitney shifted, repeated in a quieter voice. “English.”

“Autoimmune disorders happen when a person’s body overreacts to something. A trigger of some sort. And in the process end up attacking the person’s body.”

“Like an allergic reaction?” Brandon asked. “No,” Dante said. “This is when the body attacks itself. It breaks down blood and tissue.”

“Could it result in a heart attack?” John asked.

“Yes,” Dante answered. “Tissues become inflamed… It’s possible.” He shook his head. “It makes sense. Though I never came across something like this before. Not in all my studies.”

“Oh, you mean your weird-ass experiments with the Department of Psycho Killers?” Nick asked.

“Yeah,” Dante answered, voice devoid of sarcasm. “That one.”

“Dante, run a battery of tests on us, and then we start scavenging. If we’re sick, if we’re hurt, no more relying on this fucking circuit to help us. There are antibiotics out there. Fuck—find some Band-Aids. I don’t want to take any more out of Whitney if we don’t have to.”

Nick stood. “I’ll go. I’ve always been good at finding things. Breaking and entering.” He held up his fists and then narrowed his eyes. “Or was it Law and Order?” He shook his head. “Cagney and Lacey? Whatever. Let me get Isaiah. He hates to admit it, but he can find shit, too.”

“Shut up.” John stared hard at Whitney, like he could see under her skin. “And go.”

A thought dawned on me. Dante was smart, brilliant beyond belief but he wasn’t a doctor of medicine, even though what he knew would probably rival one. We needed an actual doctor to look at her and there were some in the general population.
“I’m going to go find her a doctor.”

Brandon nodded. “That’s a good idea. Our childhood doctor and his wife are around somewhere. I’ll come with you and look.”

John walked toward me. “I’ll lie down with her, stay until you guys come back.”

She squirmed on the bed but didn’t wake. Our beautiful girl was so exhausted. We were going to kill her if we weren’t careful, and I couldn’t imagine a life without her in it. If she went away, there would only be darkness where she’d been. A big, gaping wound I’d never be able to heal.

I loved her. I would not lose her. Not to death or the Infection.

None of us had said it, but considering the state of things, what were the chances if we lost Whitney she’d wake up belonging to Dex?

As Whitney’s fever climbs higher they knew they had to find more help. With the summons from Dr.Karlton, the evil one working with Dex, Dante makes the decision to go to him and get Whitney cured.

The depths of the evil, the pain they all feel, the love and devotion, all had me turning the pages. I certainly didn’t see what was coming, at least I was in denial.

I am so glad the next book is coming out real soon, I need more! 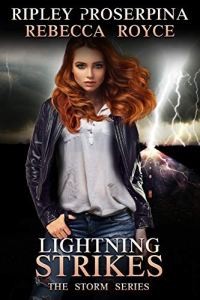 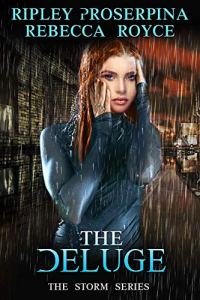 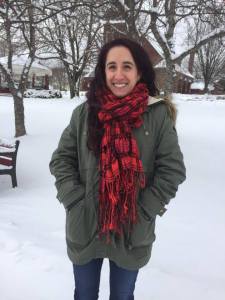