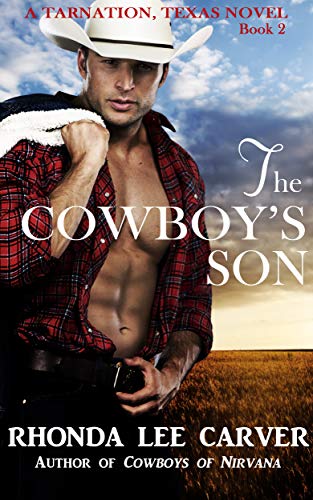 The stipulations of his father’s will might dictate his actions, but nothing can control his heart…

For years, Lexi Lock has done the right thing, even referred to by her friends as a hopeless romantic. She believes in soul mates, passion and saving herself for the man of her dreams. And then sexy in Wranglers smiles at her and she has a new appreciation for tough and dirty.

Ash Colt is a snarly mess. He’s stuck in Tarnation dealing with his brothers who are strangers, a ranch that isn’t his, and needing a wife…fast–thanks to his father. The sliver of heaven in all the chaos is his neighbor who makes the view from the depths of an inferno seem pretty darn good. She isn’t marriage material…she’s too sweet to marry a Colt…but flirting never hurt anyone.

That is until he’s changing diapers and wearing spit-up…

A baby left on his doorstep with a note attached to his shirt leaves Ash elbow deep in daddy duties. He’s taken care of plenty of baby animals in the past, but a human baby requires something Ash isn’t sure he’s capable of.

Until his beautiful neighbor comes to his rescue…

This series is so much fun. The Colt brothers just recently met, two sons from their father’s marriage and three with his girlfriend. They are trying to adjust to not only living together on the huge ranch Grinning Spurs, but also running the businesses and other investments their father has stipulated in his will.

Ash and Brennan have a bit of feud going on since they both found themselves attracted to the veterinarian CC. Ash is over it but there is still friction between them. Seems they are a lot alike.

Lexi has a kennel, she does grooming and boarding for the town’s pets while owners go on vacation. After being cajoled by her family and friends she puts together a welcome basket for her new neighbors, the Colt brothers.

As a result the brothers elect Ash to go thank her in person for the lovely gift.

ASH SMILED, REMOVING his gaze from bright blue eyes over mud-streaked cheeks to the T-shirt that looked like she’d taken a mud bath. So, this was Grinning Spurs’ closest neighbor? He’d give Tarnation one thing in its favor. The women were interesting…and attractive.

He saw several expressions flicker across her face before she tucked her plump bottom lip between her teeth and shook her head. “Damon, you’ve been a bad boy,” she chastised, but her voice was so soft Ash doubted the dog understood her frustration. She eventually brought her gaze up and met his. “He has a habit of running away.”

“Thank you for catching him.”

“I really can’t take credit for that. I was standing here and he came right up to me.”

“I would have spent the next hour searching for him,” she muttered.

“He would have eventually come back. When dogs are hungry they return.”

“True. I’ll take the leash now.” The corners of her mouth played with a smile. “Can I help you?”

“Colt. My neighbor. Did you and your brothers get the basket okay? I came up there earlier and I didn’t want to disturb anyone by knocking.” The Boxer sat down next to her feet.

“Actually, that’s why I’m here. I wanted to come and thank you personally.” It wasn’t quite the truth, but he couldn’t tell her that he’d been strong-armed into coming.

“That’s nice of you, but really you didn’t have to come over. I mean, I’m grateful that you did—” Her eyes flashed something akin to embarrassment. “You know, because of Damon. This boy is getting a bath whether he likes it or not. My assistant, Dolly, didn’t show up today so our schedule is a bit off. Right, Damon?”

“Did he get sprayed?” The scent was strong.

“Two days ago when he raced off he went head-to-head with a spunky skunk. Believe it or not, he smells better after several baths in special soap. His human said this has happened before, a run-in with a critter. You’d think by now he would have learned his lesson.”

As if the dog knew he was being talked about, his ears perked and he lifted his chin.

“Seeing that Damon here has a relentless desire to escape, how about I help out? As a thank you for the basket.” The words were out and he wished he could fish them back. Although he had work to do back on the ranch, he felt somewhat sorry for the woman who was covered in mud that was now drying and cracking.

“You want to stay and help?” Her thin brows lifted.

“Sure. I’m in no hurry to get back to the ranch and muck stalls.”

“Okay, but I can’t guarantee this will be any more fun than ranch work.”

He could have disagreed with her. Back home he had his brothers to deal with. Here he had nice scenery. She, or rather the dog, led the way into the backyard and his gaze naturally drifted to the soft sway of her hips. He liked how full they were, and how the frayed ends of the shorts landed on the roundest part of her tanned thighs. Her hair was piled on top of her head and strands had come loose at the nape of her neck. The breeze caught her scent and carried it to his nostrils—a sweet, cotton-candy scent that made the hairs on his arms stand. He swallowed and tore his gaze to the grass that was a bit too high. He had enough on his plate than to admire the pretty neighbor.

Dogs watched him pass from the enclosures. Several made whimpering sounds and a few others stared in fascination.  “Looks like you have a full house.”

“During the summer months we’re always packed. Everyone is taking vacation and owners like to keep their pets groomed so they don’t get too hot. Considering I’m the only groomer and pet motel within a reasonable distance, business is good. Which is a Godsend, of course, but when both of my workers don’t show up, it puts me in a pickle.” She smiled which cracked the dried mud on her cheeks more.
Rhonda Carver. The-Cowboys-Sonfinal-with-toc1-1 (Kindle Locations 418-449). Kindle Edition.

This is the start of a very nice relationship. That is until a baby is left for Ash, on his doorstep, by someone he doesn’t remember.

A complex tale, with suspense coming from several angles. It seems the Colts aren’t the only ones with problems. Lexi has her share with her mother and sister.

Plenty of laughter and a simmer to sizzle relationship fraught with many hurdles.