You might think you know what lurks below,
… but do you really?

A kayaking incident off Seattle’s shores sends Whimsy into a coma, where her nightmares are a revolving repeat of her drowning. She wakes to life on an isolated island, involving her strange savior, two dogs with unique identities, and voices, sounds, emotions that aren’t hers alone.

To a mystery that makes no sense …

Samson heard the cry to save the woman washed onto his shores, and the dogs were already on the job before he arrived. But he had no idea how much impact this woman would make in his life … and his brother’s.

However, the mystery is so much bigger
than him and her …

Plus another element is involved. A research group has been illegally conducting tests on the tectonic plates, … with unexpected consequences … deep beneath.

This is one of those stories that once you finish reading, you have to stop and breathe. The thing is the tale is not all that far-fetched with today’s technologies and frankly is downright scary.

Whimsy Connor, our heroine, is a newly minted PhD. She’s out kayaking with her fiancé Mark and another couple of friends to unwind before deciding her next step. That’s when all the chaos begins.

A violent squall hits the sound, and no matter how hard Whimsy tries she can’t seem to make it to shore. She loses the kayak and then her lifevest in the turbulent waters. Then the unusual happens, something helps her and she’s hearing voices.

On his private island, Dr. Samson Cartwright not only has a lab where he is studying some strange occurrences within the sound, but it is also his retreat from the boardroom and the city. His dogs King and Queen are as much part of the island as they are his home. The storm has messed with his satellite connections, causing him to stop his work. It’s the sudden pain and screaming in his head that has him running into the storm with the dogs.

Samson Cartwright fiddled with the dials of his ham radio, trying to get reception but finding only a noisy buzz filling the air. “Damn weather.”

His dogs, King and Queen, barked in agreement. The storm had knocked out the power, and, of course, Samson’s satellite internet was hit-or-miss at the best of times. But given that he was here for as much peace and quiet as possible to do his research, the slow spotty internet was sufficient for his needs. Except for now when, absent the internet, he needed his radio to work for sure.

He rubbed the back of his neck, a pricking there quickly turning to an ache that then slammed into a throb without pausing.

His groan ripped free. He got up, gasping as the cry ripped into his mind. He clasped his head, desperately trying to handle the influx of noise and pain.

Through the din, he heard the urgency. The screams ordering him to obey. Unable to move, he yelled, “Stop!”

But the voice didn’t. It got worse— louder, more demanding— until Samson was crippled, slowly crumpling to his knees. “Stop,” he roared. “I can’t help if you do this.”

Samson stood, shuddering as his body slowly recovered. Then, understanding the urgency, he raced outside, thankful he was mostly dressed. The sky was dark, the rain had gone from a light soaking to the ugly promise of so much more. The storm crackled above— the sky would open soon, and walking would be treacherous. Running off an island cliff, lethal.

But he had no choice. The noise in his head started up again. He needed it to stay calm before it killed him as he navigated the rocks. He couldn’t function when that voice took over. The rain pelted his head, blurring his vision, making the rocks slick under his bare feet.

The cliff edge loomed in front of him. The dogs, silent this whole journey, stopped on either side of him. Then turned and headed along the cliff edge. He trusted their senses over his. He could barely see for the gray sheets of rain blinding both his long and short vision, and the lightning cracking overhead gave him a partial but eerie look at his world in intermittent flashes. It was late afternoon, yet it looked like minutes from midnight.

The more dominant dog and the more psychically connected of the two, King led the way to the beach. Queen, her nose in the air, was the better physical hunter. And much more compassionate. The beach was too far away for Samson to see if anything was there yet.

Samson made his way to the outcropping that jutted into the sound. The waves rose and crashed over the rocks, soaking him. The noise was deafening as Mother Nature unleashed her fury at the world, and, boy, was she pissed. He squinted at the angry waves that churned close to him. Then noticed … movement. A darker mass in the water. But was it just something harmless the storm had swept in or something else?

And, if something else, … what? He’d been searching for months now, not finding what he sought.

“Focus,” roared the voice in his head.

“I am,” Samson shouted against the storm, but the wind picked up his words and tossed them behind him. In the distance he heard Queen howl.

She was never wrong.

Samson turned, slipped and slammed into the rocks. He straightened, used the rocks to stabilize himself and moved as quickly as possible toward the beach. There, close to the rocks, a rag-doll form was pushed forward with the tide, then pulled back as the sound refused to give up her prize.

The dogs reached the form first. Both dove into the water, grabbed hold and backed up, dragging the form with them.

Samson hit the beach, running now on sure footing to the dogs’ sides. He reached down and scooped the tiny woman into his arms. Enough water twisted around his ankles that he had to fight its pull to drag him and his burden back into the water. Farther inland on the beach he laid her down. He collapsed at her side, reaching for a pulse. There wasn’t one.

The dogs whined beside them.“And?” the voice roared through Samson’s mind as he started to work on her. Finally she coughed up water several times before collapsing again.

“You need to keep her that way,” the voice roared, splitting the words into white noise as they crashed through Samson’s mind. “She’s important. Don’t lose her.”

For the first time since this latest intrusion had started, the noise in his head disappeared, replaced with a sense of peace.
Dale Mayer. Deep Beneath (Kindle Locations 229-265). Valley Publishing.

As Whimsy recovers there are more strange occurrences, and when they head back to the mainland things intensify.

So much in this book, from theft, to abilities that aren’t easy to explain. As Whimsy’s memories return, there is also an unknown entity.

Her meeting Jamie was fortuitous for Samson, and the relationship between the three of them is both interesting and informative. Although the growing emotions between Samson and Whimsy are destined to become romance.

I am loving this series, and I can’t wait to see what Dale comes up with next. I’m beginning to think her mind is a very scary place to be. 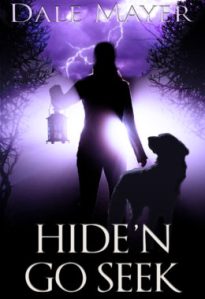 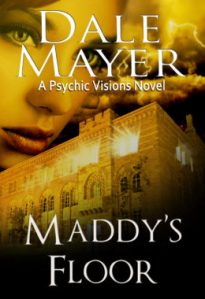 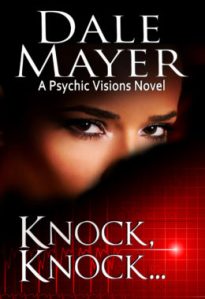 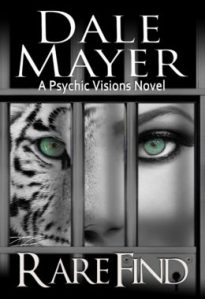 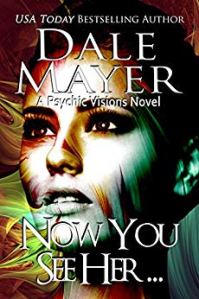