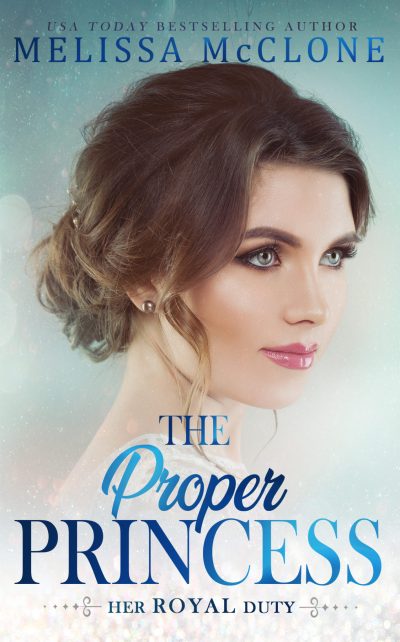 She’s been a proper princess—
but she wants to rebel.

After the death of her fiancé, Princess Madeleine knows a loveless, arranged marriage awaits her. She’s resigned to her fate until she meets her intended husband. Crown Prince Enrique is gorgeous, but he comes on way too strong, says the wrong things, and fumbles with apologies. He’s more court jester than Prince Charming. How can she marry him?

Enrique might be self-centered and lack social skills, but he’s trying to do better—for himself, his country, and his future wife. Despite their royal union being a political necessity, he wants his marriage with the captivating Madeleine to be a love match. He’s willing to do whatever it takes to woo her. How hard can it be to win his princess bride’s heart?

Nearly impossible, he discovers, because Madeleine seems unwilling—or unable—to give him her heart. On their wedding day, instead of exchanging vows, will the royal couple say goodbye?

Princess Madeline is still heartbroken five years after her fiancé’s death. Now circumstances are such that an arranged marriage is necessary to save their kingdom.

Crown Prince Enrique has had many marriage contracts go awry. The one with Princess Juliana ended with her marrying his brother. Thanks to Parliament he now must wed to ascend the throne. His father needs to retire and is abdicating, but has managed to find another contract. All he can envision is his brother and Jules taking the throne. He’s failed at completing an arrangement so many times because of his feeling of not being able to love.

After messing up royally (pun intended), Enrique calls Jules for advice. His brother Alejandro and Jules have been invaluable in helping him change to be more flexible and personable. He has to apologize and can only hope it is accepted.

She stood with her shoulders pressed back and head held high. Proper princess posture. “You mentioned touring the grounds earlier.”

“I did, but first, I must apologize.” Enrique forced the words from his dry throat before realizing he was still putting on an act of what he thought she wanted him to be. He took another breath, allowing his posture to relax. “I’m sorry for offending you earlier. I wish I could blame what I said on nerves, but that wasn’t the case. I’m known for saying the wrong things. Not just at the wrong time. Pretty much all the time. I’ve been trying to do better, but I still have a ways to go as you saw today.”

A beat passed. Then another.

He forced himself not to shift his weight between his feet. She was the offended party, not him.

Enrique waited for her to say more, but she didn’t. “May we begin again?”

He extended his arm. “I’m Enrique. Crown prince or court jester depending on the situation.”

A smile tugged at the corners of her lips. She shook his hand. “I’m Madeleine. Proper princess and tour guide extraordinaire.”

His hand was larger, but her grip was stronger than he imagined it would be. Her skin was as soft and smooth as it looked.

She drew her arm to her side, and he missed her warmth.

He stepped out of his room and closed the door behind him. “Lead the way, tour guide.”

As Madeleine headed down the wide hallway, she motioned to various doors they passed. “This is the family wing. There are four guest suites besides my family’s rooms.”

“Do you host many guests?”

“Around the holidays, mainly. There’s also a summer celebration that is popular. Most guests stay on the other side of the castle, though.”

Her expression didn’t change, but she no longer frowned. That was progress.

She opened a door to a landing and stone staircase. “This will take us to the ground level.”

On either side of the steps were walls of rocks put together like puzzle pieces and held in place by mortar. The castle oozed character, as if part of a movie set.

“Is this original?” he asked.

“Yes.” She didn’t slow her pace. “The exterior looks the same as it has for centuries albeit maintained by the staff and updated as necessary.”

He ran his hand along the rocks to his right. The stone was worn smooth. “If these walls could talk.”

She glanced over her shoulder with a surprised gaze. “They might have stories to tell. This was the escape route for the royal family when the castle was attacked. That happened a few times with past generations.”

“When we are on the island, I’ll show you what my family used.”

“I— I’d like that.” Her voice was hesitant, but that was better than disgusted. More progress.

The staircase led to a small grassy area enclosed by another wall— this one taller. He followed her to a massive iron gate. “Is this to keep the royal family in or others out?”

“I daresay both.” She sounded as if she were smiling. “When we were children, Karl was known for getting into mischief.”

She shrugged. “Someone had to behave.”

That sounded like Jules. Did Madeleine have a secret passion as his sister-in-law had? He would ask once they were getting along better.

He followed her out of the gate to a landscaped area with clipped hedges, stone walkways, and verdant shrubbery. “This is breathtaking.”

She glanced around as if seeing the grounds for the first time. “It is. I take the beauty for granted or remember when snow covers everything during the winter.”

“The weather is harsher than on the island.”

Madeleine nodded. “I’ve lived here for twenty-seven years so I’m used to it. Sunshine and blue skies overhead for most of the year will be different.”

Her words held no anticipation. No excitement. No happiness.

Yes, this was an arranged marriage, but her lack of emotion bothered him. “Will you miss Gaullia?”

“I’ve always known this place wouldn’t be my home forever.”

She hadn’t answered the question. Not exactly. But he wouldn’t push. Not until he knew where he stood with her.

“Would you like to see the garden?” she asked.

As Madeline shows Enrique the gardens, they both learn about each other. Be prepared to sniffle a bit. All is not well though as the wedding day approaches, and Enrique finds he has a desire for a love match.

I love the way this relationship very gradually progresses. Both fighting their demons and their responsibilities.

I would really like to see the other Crown Princes meet their matches, even though their kingdoms have been saved by their sisters. 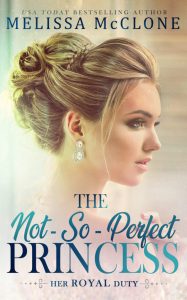