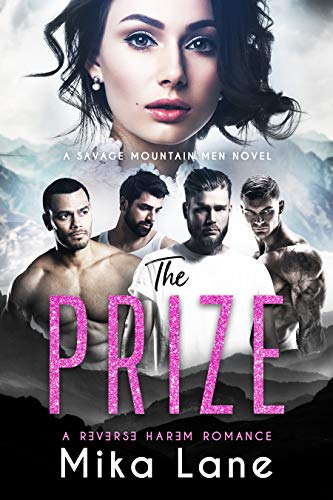 The remote sanctuary of Savage Mountain was never meant to be a hideaway for damsels in distress. At least, it wasn’t supposed to be.

So when I saw a beautiful bride in a dirty wedding dress drowning her sorrows, I knew better than to get involved.

My mercenary training told me to walk on by.
But I didn’t. I couldn’t.

I needed to know how she ended up in a crappy dive bar in the middle of nowhere. Alone. And deep into several shots of tequila with mascara stains under her eyes.

When I learned the reason, all I wanted to do was shield her from the TV hounds who exploited her, and the people preying on her innocence.

If there’s one thing my special ops training taught me… that sometimes we only get one chance.

And that it takes a team to exact the kind of revenge certain people deserve.

This naughty, over-the-top romance includes 4 hulking mountain men with checkered pasts and doubtful futures, claiming the one woman they can’t live without. If you love outrageous stories with tough-as-nails ex-military dudes, this is the book for you.

Alessia almost made the biggest mistake of her life, well she’d already kind of made the first one. Being on a reality TV show, really wasn’t all it’s cut out to be and she certainly didn’t expect to come out on top. Now a friend slipped her a wedding present of sorts that sends her fleeing the wedding. Left on her own with only the hideous gown on her back and some cash in her ridiculous looking purse she is being tormented by a couple of jerks at this small town tavern.

Dash is heading back to Savage Mountain from a conference of ‘hackers’ in Los Vegas. He needed real food instead of snack so he stopped at this small town tavern where the waitress and the bartender didn’t seem to care that their patrons were harassing a woman. Of course he can’t just leave her there.

Now Dash doesn’t live alone on Savage Mountain, he lives there with three other guys and they do contract security type work. The mountain is the perfect place for them because it’s secure and out of the way. Since Alissia has no place to go, Dash continues his journey home, with her.

A woman had just passed by my office door. In a place I lived with four guys. On a remote mountaintop.

“Excuse me, we’ll have to continue this call later.” I clicked on the screen, and the men I’d been speaking with disappeared into blackness.

I lived surrounded by a security system that would rival Fort Knox’s.

“Excuse me. Excuse me,” I said, sprinting to catch up with the visitor who’d just about given me a heart attack.

We didn’t do visitors on Savage Mountain, and certainly not unannounced ones.

“Oh, hi. I’m Alessia.” A beautiful brunette with glittering green eyes turned to me and extended her hand cheerfully.

Out of the many strange things about her being there, the first one that struck me was that she was wearing sweats— and guys’ sweats, at that. And she was swimming in them.

What the fucking fuck?

“Um, Alessia, what are you doing here? How’d you get up here, to the mountain?” I forced myself to keep calm, but my mouth was dry as fuck.

“Dan brought me. In his truck.” She smiled brightly, like she got rides to the mountains all the time. No big deal.

But it was a big deal. A fucking big deal.

And my mouth grew drier still. I hadn’t talked to a beautiful woman in far too long.

Regardless, she was not supposed to be here. Something had gone wrong. Very wrong.

I put my hand on the firearm hidden at my waist. “Who is Dan?”

I lived on Savage Mountain with three other guys, and not one of them was named Dan.

Confusion crossed her face, and she seemed so innocent, unlike any intruder I’d ever seen. “You know, Dan. He lives here. You don’t know who I’m talking about? He was driving home from a convention in Vegas.”

Her hand flew to her head. “Yes, yes, yes. Sorry! In all the excitement, I forgot the poor guy’s name. Dash. Yeah, Dash brought me.”

“And how did Dash come to bring you here?”

Where was Dash, anyway?

She sighed. “Well. It’s a long story. But the short version is he sort of picked me up in a bar. I’d had too much to drink.”

I was going to kill him. That’s all there was to it.

She put her hands on hips. “Great place you have here.”

“Okay, Alessia. Let me show you to the kitchen. If you could hang out there a few minutes, I need to find Dash and have a chat with him.”

She headed back in the direction she’d come from. “Oh, I know where the kitchen is. I’ll head back there. Hey, do you mind if I grab a Coke? I noticed you had some in the fridge. I wanted to ask first,” she said with a big smile.

She knew where the kitchen was? She’d been in our fridge? Jesus fucking Christ.

“DASH!” I hollered loud enough to be heard in every corner of the house.

He came running around the corner, passing Alessia on the way, and greeting her with a high-five.

Was I in Twilight Zone or something? Because it sure felt like it.

Ah the tangled web! The producer of the show trying to reach the missing bride, her best friend who is plain old worried and lots of other drama weaves it’s way through the pages.

Lots of heat initiated by the sweet Alessia and the cutest little puppy she adopts.

Fast-paced, fun, and some vindication for the crap Alessia had to put up with her co-host and the producer. 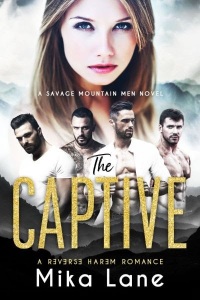 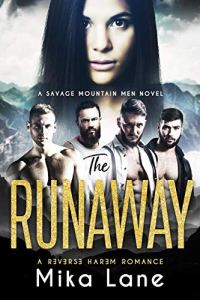