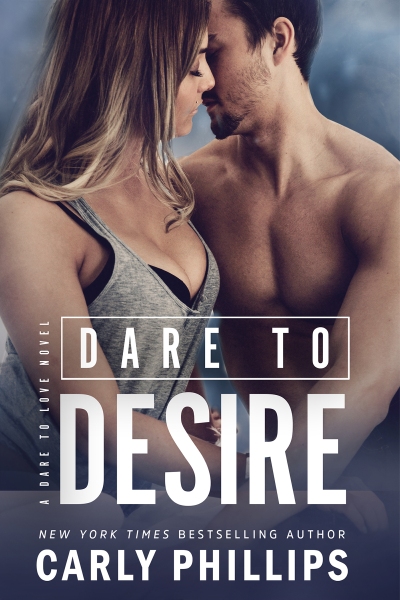 Quarterback Alex Dare, had it all — an all-star football career with the Tampa Breakers and his choice of willing women — until a severe injury forces him into early retirement. When he is offered a ground-breaking position with a rival team, he’s intrigued, but there’s a catch. He’ll be working alongside the same woman he hasn’t been able to get out of his head for too long.

Social worker Madison Evans grew up in foster homes and knows first hand what it means to have-not. She isn’t impressed by Alex Dare’s wealth or charm. Not since she fell hard for him once before, only to discover she was just one of his too-easy conquests. This time around Madison refuses to succumb to Alex so easily.

But Alex wants Madison. And if there is one thing Alex does well, it’s to get what he wants. The playboy athlete must prove he’s got game in more places than on the field. He means to prove that he’s a changed man but no sooner does he begin to break through Madison’s defenses when a new opportunity comes knocking and threatens her new-found trust. Can he make Madison take a risk and dare to love?

Alex Dare just took a hit that ended his football career, instead of embracing the support and love from family and his girlfriend Madison, he pushes everyone away. The way he pushed Madison ended the relationship painfully.

Now he’s offered a job with the Thunder. He needs to do something and this could be right up his alley. Even though a bit uncomfortable since it’s a rival team, and who he’ll be working with, interesting.

He walked in to find the office as imposing as the man himself. Alex and Ian couldn’t be more different in personality—Ian stiff and uptight, Alex easygoing and relaxed.

“Thanks for coming,” Ian said, extending his hand.

Alex shook it hard. Man to manthought wryly and settled into a chair, making himself comfortable. Sitting across from Ian, Alex acknowledged how far their relationship had progressed. They were in the same room and having a conversation. It was huge.

“Before we go into the conference room, I wanted to fill you in on the proposition I have for you.”

Ian inclined his head. “You must realize that your injury brought to light the deficit in the league as far as preparing our players for life after the game.”

Alex stiffened, as he always did when talk of his career-ending concussion arose.

Ian ignored his reaction and went on. “The fact is, you could have continued to play, taken the risk, and down the road, you’d have been dealing with severe head trauma and mental deficits. You were smart enough to step back. Not a lot of guys are.”

Ian rolled his eyes. “But now that you’re retired at the age of twenty-six, what do you plan to do with your life?” He held up a hand before Alex could answer. “Hang on. That question is part of why I asked you here. It’s also a question the league should want all players to consider before they’re injured and forced out of the game.”

“Where are you going with this?” Alex asked, warning himself not to get defensive.

Ian cleared his throat. “I plan to institute a training program that teaches the players to think about the future, do smart things with their money, and take informational classes that will prepare them for later on.”

Interested, Alex merely studied the other man and waited.

“Did you know seventy-eight percent of retired athletes are broke within two to five years?” Ian asked. Without waiting for an answer, he continued. “Statistics show fifty percent of ex-pro football player marriages end in divorce because couples aren’t ready for the pressures of life after the game. So I want spouses involved in preparation and education.”

“You’ve really thought about this,” Alex said, impressed despite himself and his lingering resentment of Ian.

Ian inclined his head. “It’s in motion. I have a social worker on board, and I want you running things along with her.”

Alex reared back in surprise. “Why me?”

He and Ian weren’t close. Ian came from their father’s legitimate family. Alex and his siblings were the man’s illegitimate secrets. But secrets didn’t stay buried, and the explosion, when it had come, had rocked both families deeply. Alex and Ian had remained on opposing sides for ten years.

Ian cleared his throat. “Why not you? Or should I say, who other than you? You will have the unique ability to convince the players this is important. You definitely have media presence when this goes public. And let’s face it, you have nothing else lined up at the moment.”

“And there’s the asshole I know.”

Ian grinned. He fucking grinned, as if he already had Alex exactly where he wanted him.

“Come meet the woman in charge before you make any decisions.”

Alex nodded. Why not? He was impressed with the program and interested.

As he followed Ian to the conference room, passing the hall of champions, life-sized photos of past and present Thunder all-stars, Alex still wondered why Ian had chosen him. But he couldn’t deny the importance or brilliance of the program. There were so many ways guys’ lives did a one-eighty after retirement, forced or otherwise, that training and preparation would only help.

“Riley’s really behind the idea,” Ian said as they approached the closed wooden door.

Ian shrugged. “I do what I have to in order to get my way.” He paused and looked Alex in the eye. “So about the woman who will be working alongside you—”

“About her,” Ian went on as if Alex hadn’t spoken. “I’m trusting you to be professional.”

Alex narrowed his gaze, his internal radar on high alert.

Without replying, Ian opened the door. They stepped into the room, and Alex laid eyes on the one woman he hadn’t been expecting to see. The same woman who’d haunted his dreams and sidetracked him from many of his nightmares.

Madison faced him head on. Her shoulders drawn back, golden-blonde hair pulled away from her face, she didn’t back down from his stare. She wore a pair of black slacks that hugged her curves and a white silky-looking top that clung to her generous breasts. And those unusually blue eyes frosted over at the sight of him.

So much to deal with especially since neither Alex or Madison have truly gotten over their relationship.

There are many twists and turns as this story unfolds. There are conflicts, tears, laughter and plenty of sizzle to keep you turning the pages.

I’m starting my re-read of the next book now. 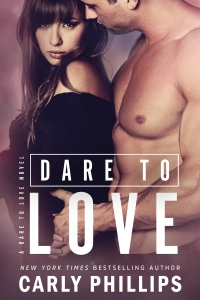