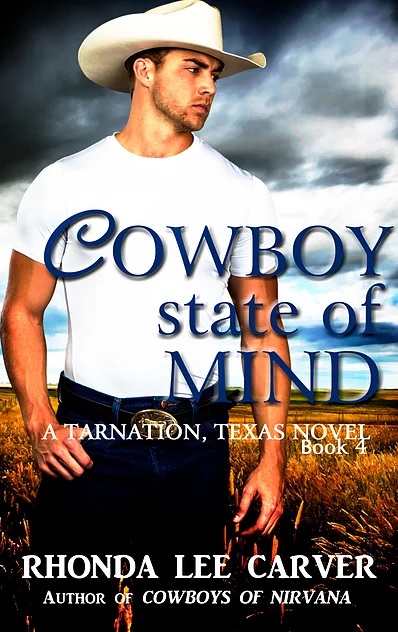 When life is on the line
you learn to live…
and never miss a dance.

Dr. CC Peladora never expected to ask a stranger to father her child, but neither did she think she’d be diagnosed with a chronic disease. With a failed marriage and a busy career, love is the last thing on her priority list, but she wants more than anything to experience motherhood before it’s too late. When she hears through the grapevine that Adam Colt, the sexy, mysterious son of Buzz Colt, must marry to meet the stipulations of his father’s will, she sees an opportunity that won’t come along again. And living like there’s no tomorrow, this is her time to get what she wants…

Adam just happened to be sitting on a bar stool in a local honky tonk when the spunky woman he’s been fantasizing about for months walks in and turns his world upside down. She offers to give him what he needs, an arranged marriage, for something she wants desperately. A child. No doubt he wants to kiss her, but marry her? And give her a child and then disappear from Tarnation forever? His father’s stained blood might run through Adam’s veins, but a real cowboy would never leave his kin. But in his journey to prove that he’s nothing like Buzz, he finds more than he ever bargained for…and a forgiveness he never expected would come.

A secret marriage. Vulnerable hearts. Off-the-charts chemistry and small-town romance will have CC and Adam proving that a spirited vet and an alpha cowboy can find love in the most unlikely places.

I think my jaw dropped to the floor as I started reading this. CC makes no bones about what she wants from Adam and lets him know she knows the stipulations of his father’s will.

“I WANT YOUR sperm.”

Adam Colt looked from his full shot glass of Tequila to the scuffed tips of cowgirl boots, up the length of tight fitting jeans with frayed holes in the thighs, to firm breasts under an off the shoulder blue blouse. Fluttering his gaze upward he met the hazel eyes of CC Peladora who stood close enough that he could see the scattering of freckles over her tanned cheeks. He almost went sliding off the barstool in surprise. Could she be real or a figment of his alcohol induced imagination? He’d been thinking about the beauty long and hard and, suddenly, she appeared, making his head spin. Swallowing against the constriction in his throat, he asked, “What did you say?”

“I think you heard me,” she said in a soft southern twang..

“No, I don’t think I did.” He pushed his Stetson further up on his forehead and propped one boot on the leg of the stool beside him. She gave a toss of her hair over one bare shoulder and tilted a flared hip, her pensive gaze searching his face. Over the last few months they’d started working together more at the Grinning Spurs Ranch and gotten to know each other pretty well, maybe even shared a mutual attraction, but neither had acted on the feeling.

“I want your sperm.”

Adam laughed and scanned the crowded honky tonk looking for his dumbass brothers. Since they were kids they played tricks on one another, each trying to get one up on the funny scale. This would definitely be a trick he could see one of them playing on him. Somehow one of them figured out Adam had been watching CC a little too closely.

“Which one of them put you up to this?”

“Which one? I don’t have a clue what you’re talking about.” He didn’t see one sliver of humor in her expression.

What the hell? She couldn’t be serious…could she?
Rhonda Carver. Cowboystateofmindfinal1 (Kindle Locations 107-121). Kindle Edition.

Even though CC was pretty much offering the solution to everything, Adam has reservations. He wants more than just a marriage to solve the problem and he certainly wasn’t sure about the whole baby thing. He doesn’t want to be like his father, deserting a child to satisfy some selfish whim really isn’t in his plans.

This is a fun read, with plenty of indecision on Adam’s part and plenty of persuading on CC’s part. I loved the way this plays out and there was so much emotion, bringing tears to my eyes.