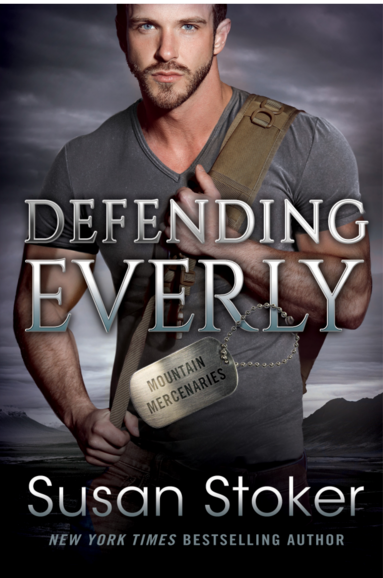 As tough as Everly Adams may be, the Colorado Springs SWAT officer is near a breaking point. Her fifteen-year-old half sister, Elise, has disappeared from Los Angeles without a trace, and the window to find her is closing fast. Committed to the search is Mountain Mercenary Kannon “Ball” Black. He and Everly already have a history—of rubbing each other the wrong way.

Still, Everly has to admit the man is heart-stopping. His brash alpha swagger takes her breath away. And most importantly, as a former Coast Guard first responder, Ball has what it takes to bring Elise home.

Nobody’s buying the LAPD’s “runaway” theory. And the fear that Elise is the victim of a human trafficking ring is a gut-punch that Everly and Ball can’t ignore. If only the trail were that clear cut. Because the one they’re following is more insidious and intimately dark than they could have imagined.

Now as the bond between Everly and Ball grows stronger, so does the heat. And as the stakes rise, so does the danger.

Kannon ‘Ball’ Black has more than a few issues being partnered with a woman. He had a woman trainee in the Coast Guard and another had ripped his heart out.

Even though Everly is a trained SWAT officer, she beside herself with worry. Her fifteen year old sister Elise has gone missing and she turns to the Mountain Mercenaries for help finding her. She overheard Ball’s comments about a woman being involved in the case and wasn’t exactly happy he was the one assigned.

As they work to find her sister Ball finds his opinion changing as he realizes how really wrong he’s been.

Ball watched through the glass as her gait changed from the no-nonsense “cop walk” to a more seductive swagger. Her hips were lush, and the way the jeans hugged her ass should be illegal.

Shaking his head and smiling to himself, Ball turned to have a look around the outside of the building—and ran right into someone standing way too close to him.

The man immediately kneed him in the groin, and Ball folded in half, excruciating pain pulsing through his body.

Taking advantage of his momentary incapacitation, the man grabbed an arm and forced him around to the side of the building.

Ball struggled to get his wits about him. The asshole who’d kneed him pushed hard, and Ball fell to his knees in the gravel parking area. He was immediately on his feet again, but not before two other men grabbed him by the arms and held him between them.

Ball was taller than the three men, but waves of pain were still shooting from between his legs, and the man who’d attacked him first was able to get in two punches before Ball came to his senses. In a way, the hits to his face helped redirect the pain he was feeling away from his balls to his head.

Using some of the moves he’d learned in the Coast Guard, as well as those his fellow Mountain Mercenaries had taught him, Ball fought back.

But after a minute, he was dismayed to realize he was still losing the fight. Three against one wasn’t exactly fair, but the men didn’t care. They hadn’t demanded anything of him, and Ball had no idea why they’d targeted him.

Until one of the men who’d been waiting around the corner of the store said, “Knock him out already so we can get the girl!”

Fuck that. They weren’t getting their hands on Everly.

“Fuck that!” a feminine voice said from nearby, and before Ball could warn her away, Everly was in the thick of things.

Now that he wasn’t fighting three men at one time, it wasn’t long before Ball had knocked one of the assholes unconscious.

He turned to assist Everly—and instead could only stare. The man who’d kicked him in the groin was moaning in pain on the ground, and she had the other guy in a headlock. She was shorter than he was by two or three inches, and yet he was still bent backward, totally under her control.

A man wearing khakis, a polo with the name of the gas station on it, and a ball cap ran around the corner. “The cops are on their way . . . Holy shit!”

Ball had to give it to the young man. He collected himself and said, “I’ve got some rope in the back!” He then turned and ran around the corner, presumably to get the rope so they could secure the punks who’d attacked them.

Ball couldn’t help himself. He walked up to the first man—who was now on his hands and knees, looking like he was thinking about getting up—and kicked him in the balls, just as the man had done to him.

The man fell to his side, crying out with pain.

Satisfied, Ball turned to Everly. She’d effectively cut off the guy’s oxygen enough to knock him out and was lowering him to the gravel.

So many feelings and thoughts were running through his mind in that moment.

“Are you all right?” she asked.

Ball nodded but didn’t say anything.

Her eyes narrowed. “Are you sure?”

In the center of this is Elise who was kidnapped, a teenager wanting a bit more freedom but her life is just a bit different because she is deaf. However not so much that she doesn’t feel the same things as any other teen.

Now this book sent me through a wave of several different emotions. From laughter at Everly’s Grandmother’s antics, to various versions of tears. Then there is the slow steady relationship that grows between Everly and Ball. There’s also a bond that is forming with Ball and Elise.

I couldn’t put this book down as this story unfolds. Full of love, tears, laughter, angst and so much more! 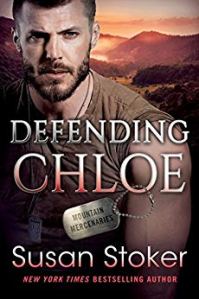 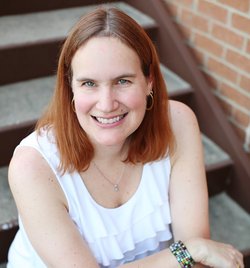 Susan Stoker is a New York Times, USA Today, and Wall Street Journal bestselling author. Her series include Badge of Honor: Texas Heroes, SEAL of Protection, Delta Force Heroes, and Mountain Mercenaries. Married to a retired Army noncommissioned officer, Stoker has lived all over the country—from Missouri and California to Colorado and Texas—and currently lives under the big skies of Tennessee. A true believer in happily ever after, Stoker enjoys writing novels in which romance turns to love. To learn more about the author and her work, visit her website, or find her on Facebook. Links below.