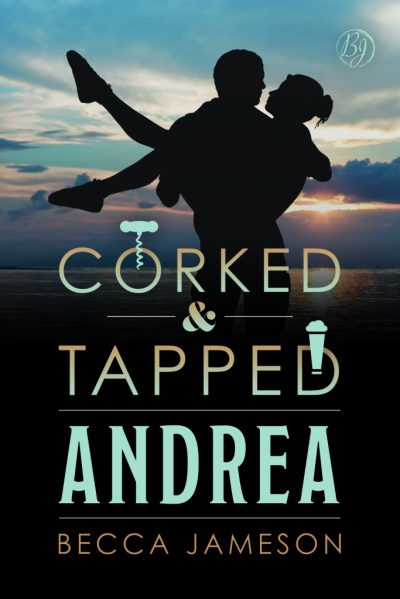 “Let’s play a little game.” She squirmed in her seat at his tone. She’d been in love with him for years. Now he wanted to play a game? He had no idea what kind of games she’d like to play with him. Sure. She’d go along with his “game”…for now.

This is the final book in this series. What an enjoyable ride this has been.

In this book Andrea attends a New Year’s Eve reunion party of the cast of a show that made her famous. Although it’s been ten years since the show ended, she still doesn’t go out much, afraid to be recognized, afraid someone could see through her to her secret.

Christoph was her co-star and he has gone on to have a fabulous career. Even now he has a movie lined up, but is taking time off for the holidays.

Everyone left the party early to attend more glittering bashes, except for Christoph. Now they are sitting in the corner of Corked and Tapped, if you have been reading this series you know the corner I mean.

The game they play of never have I ever, heats up quickly as they learn some interesting things about each other. As midnight quickly approaches they reach an agreement.

He leaned in closer, his lips inches from hers. “Let me get this straight. You want me to come back to your place, dominate you with enough force to rock your world, but all I get is one night?”

“Yes.” If she were honest, she couldn’t believe they’d actually gotten to this stage in the night. She’d thought about having sex with Christoph for years and even more often once she learned about this reunion, but it had never occurred to her that it might actually become reality. And the thought that he might want more was a foreign concept. He was a guy. A famous guy. He could have any woman he wanted on the planet. He could have a different one every night. She would expect him to be ecstatic about the prospect of a woman offering him a one-night stand.

Granted, she had never once heard rumors of him sleeping with different women all the time, or even one woman. Dates, yes. But nothing scandalous. Still. Just because she hadn’t heard the stories didn’t mean they didn’t exist.

He shook his head.

“No.” He picked up his beer, playing with the label with his thumb. “One night with you will never be enough. Give me the weekend.”

She reared back a few inches. “The weekend?” That could be fun. Why not? There had to be a catch.

“Yep. I want two nights and two days. I want you to fully submit to me until Sunday night.”

He grinned, his eyes crinkling at the corners. “Because I’m confident I can convince you to give me more if I have a full forty-eight hours.”

She groaned, rolling her eyes. “Christoph, I don’t have more to give.” I never will.

Her shoulders slumped. There was no way she could turn him down, though. Not in a million years. She’d been dreaming about this for too long. “One condition.”

“What’s that?” he asked, voice leery.

“You don’t try to convince me to expand on the forty-eight hours a single time.”

He ran a hand through his hair, thinking. “Okay, but with a stipulation.”

She smirked. “Of course.”

“I get to plead my case for more time for the last hour Sunday night.”

“Deal. However, just so you know, I won’t change my mind.”

“Fine.” He cupped her face. “No wonder you’re such a successful architect. If you negotiate all your deals this way, you must be raking in the money.”

She laughed. “Oh, sure. I make almost as much as you,” she joked.

Finally, they were in total agreement over something.

Suddenly, everyone in the bar started shouting, “Ten. Nine. Eight…” Andrea realized it was almost midnight. Mesmerized for the last several hours by the sexy man next to her, she had paid no attention to the time.

Christoph didn’t bother calling out the descending numbers, but he did slide off the stool and then press himself against her thigh from the side, cupping her face. As soon as the crowd shouted “Happy New Year!” he lowered his lips to hers and kissed her.

She closed her eyes, her hands coming to his waist as she enjoyed this first kiss with the boy she had lusted after all those years ago. He was surprisingly gentle, tasting and teasing, his tongue eventually sliding against the seam of her lips, coaxing her to open for him.

She did, willingly, learning his mouth, the way he took such care, the way he held her head just where he wanted it, the way he sucked her tongue slowly into his mouth.

Time stopped for her. He was giving her the New Year’s kiss she’d never had. And he was doing so very thoroughly. Her heart beat harder for him. If they weren’t in this crowded bar, she would be tugging at his shirt, trying to get to his impressive chest.

They really needed to get out of this bar. Now.
Becca Jameson. Andrea: Corked and Tapped, Book Twelve (Kindle Locations 288-320). Becca Jameson Publishing.

The ensuing weekend is sizzling with white hot heat as Christoph and Andrea explore their kinks and learn even more about each other.

I will miss these short and very satisfying reads. I hope we get to see some of these characters in future series. 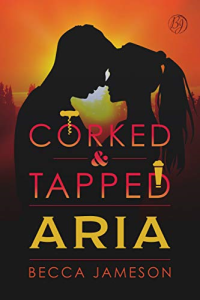 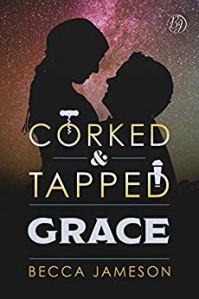 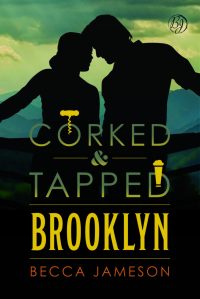 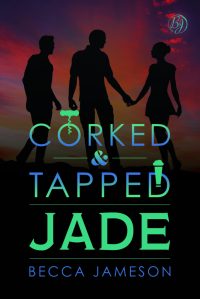 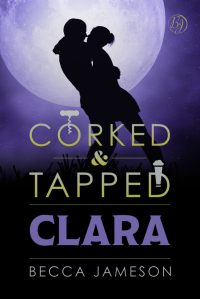 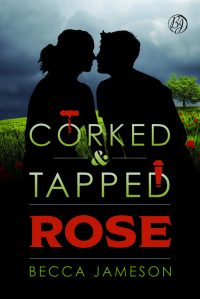 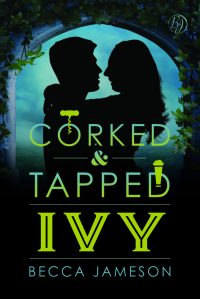 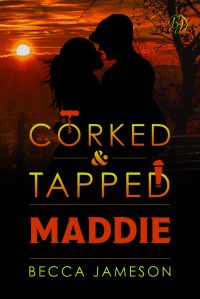 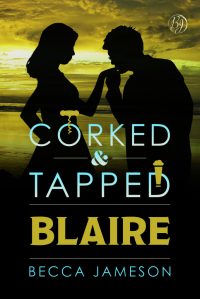 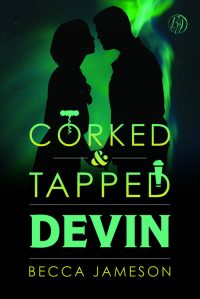 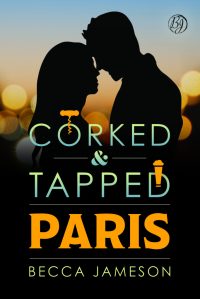 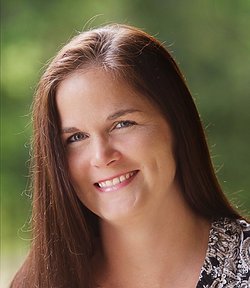 During the day–which never starts before ten in the morning!–she can be found jogging, floating in the pool, or reading in her favorite hammock chair!