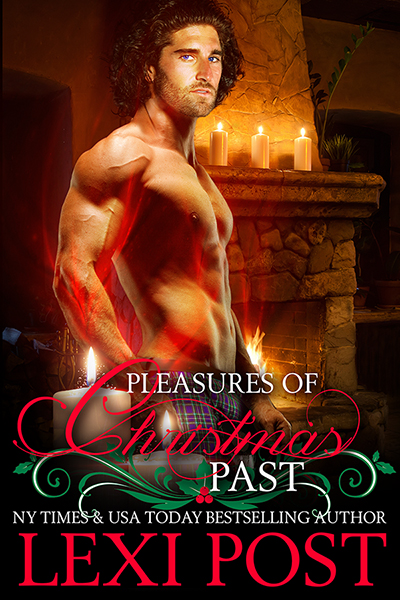 When present day American social worker, Jessica Thomas, is assigned her first case as a spirit guide, she’s excited to serve as the Spirit of Christmas Past for her client and prove she knows her profession well. Unfortunately, her mentor, the very hot, very single, and very Scottish Duncan Montgomerie has little faith in her ability and plans to catch her when she falls. As far as she’s concerned, he’s going to be waiting a very long time.

Bachelor, Duncan Montgomerie, hails from late 18th century Scotland where he enjoyed life to its fullest, something he continues in death. Having been dead a while, he is well equipped to handle the afterlife where time doesn’t exist and phasing is the norm. What has him stymied is his connection to the uptight Jessica and the strange feelings he’s experiencing being around her, even though she refuses to listen to his advice. Duncan needs to figure out what it all means and fast because the rules change after death and the path Jessica is headed down could cost her her soul.

A twist on Dicken’s A Christmas Carol this series is set in Scotland and of course the Spirit Dimension.

Jessica and Duncan are Spirit Guides assigned to help their boss Cameron’s wife Holly remember the happier times before he died. She needs to begin to move on. But there is also another side to this as Cameron asks his wife help the two spirits.

At her husband’s voice, Holly stilled, swallowing the hiccup that threatened to interrupt the silence.

She turned her head toward the Christmas tree and blinked. Cameron Douglas stood in front of it in his blue- green-and-white kilt with love shinning in his eyes.

“Cam?” Her heart leapt with joy and she flew from the chair to hug him and found herself in the Christmas tree instead, a glass angel ornament digging into her cheek. Righting herself, she disengaged her hair from a reindeer before turning around, sure she would see an empty room…but it wasn’t.

Cameron Douglas stood in front of his chair in the Douglas kilt, forest-green sleeveless t-shirt and black army boots, his sandy-brown hair falling just below his ears and a sad smile on his face. Holly crossed her arms to hide the erratic beat of her heart as a shiver raced up her spine. Fear and happiness fought inside her. “What are you doing here?”

Cam brushed his hair from his forehead, a sure sign he was out of his element, whatever that element was. “I need your help, Holly.”

She shook her head, still trying to believe she spoke to her dead husband, emphasis on dead. “I’m dreaming.” She pinched herself. “Ow.”

She raised an eyebrow. “You think?”

She relaxed a little at his smile. It was so him. “How come I can see you? You’re supposed to be dead.”

He grimaced. “I am. I’m sorry. I was stupid. We should have had our whole lives to grow old together.”

“You’ve got that right. But how can you be here? You look like you did when you were alive except…” Her fall into the Christmas tree had her pausing. “Except you aren’t solid. It’s not fair, you look solid and you smell so good.” Her eyes started to water again.

“Ah, please don’t cry, hen. I only came because I thought you might be strong enough to handle it. If I’m just making you cry, I’ll leave.”

Fear raced from her brain to every tiny blood vessel. “No! No, I’m okay. I cry whether you’re here or not and I’d much rather be able to see you.” She tried to smile, but her lips barely moved upward.

She uncrossed her arms and wiped her face on the sleeve of her sweater. Just then Mac jumped down from the chair and started to rub against Cam’s legs for attention. “Hey, how come he can touch you?”

Cam’s eyes widened before his grin returned. “I have no idea.” He bent and gave the demanding feline a scratch behind his ears, starting the purr machine up full blast.

She rolled her eyes. “Really?”

He straightened and shrugged. “I’ll have to figure that out later. I’ve come to ask for your help with a spirit who kind of works for me.”

She raised her eyebrow again. “Works for you? I thought heaven was all pleasure and no work.”

Cam looked away. “It’s complicated. Suffice it to say, I’m trying to help other spirits right now and this one is a sad case.”

She folded her arms across her chest again, trying to pretend she wasn’t talking to Cam’s spirit. “Why?”

He floated to the fireplace, reminding her of his spirit state and completely ruining her self-imposed pretend session that he was real.

“She has many deep regrets.”

Well, she could certainly relate to that. There had been so many things she and Cam had planned to do but put off because they were trying to make the shop a success or because they wanted to be in a financially good spot first, like having a baby. Her eyes started to water again.

“Holly? Are you sure you don’t want me to leave?” He’d floated closer to her. So close, she could see the different colors in his hazel eyes.

She couldn’t resist and lifted her hand to touch his face. As her fingers glided through air, his eyes revealed his own anguish.

She gazed at him, her throat closing off any possibility of speech.

He finally looked away. “Maybe this wasn’t such a good idea.” He turned back to the fireplace, tension in his frame revealing as much as his eyes. He was in pain too.

Knowing he hurt as much from their separation as she did eased her heart in a strange way, but it also confirmed for her that she’d still do anything for him. Desperate to help, she moved to stand next to him. “What can I do?”
Post, Lexi. Pleasures of Christmas Past (A Scottish Christmas Carol Book 1) . Lexi Post. Kindle Locations (296-330}. Kindle Edition.

Duncan is starting to fade and his only hope is Jessica. However this is Jessica’s first case and Duncan is her mentor, if only she had paid more attention in his classes.

However Jessica starts making a critical mistake of getting too close to Holly and the consequences of that are something Duncan can’t allow to happen. Not with the way he feels about her.

A delightful twist on the Spirit of Christmas Past, with fun, smiles, tears and quite a bit of sizzle. 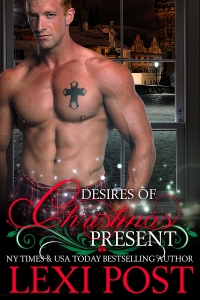 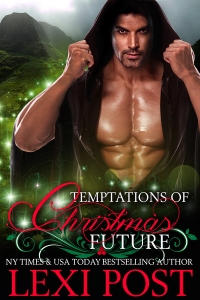 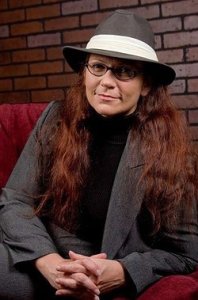 Lexi is living her own happily ever after with her husband and her cat in Florida. She makes her own ice cream every weekend, loves bright colors, and you will never see her without a hat.