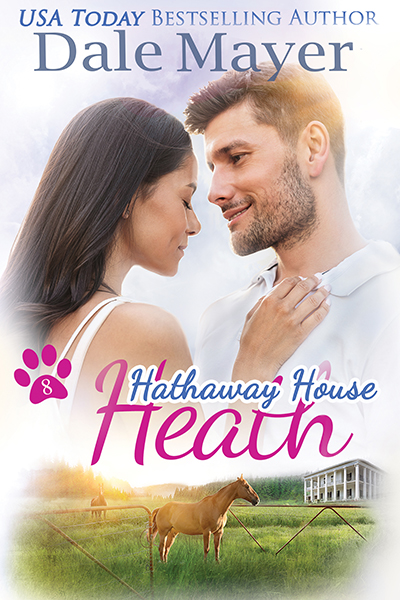 Overjoyed at his transfer to Hathaway House, Heath Jorgenson is anxious to maximize his potential and to get better from the multiple injuries that sidelined him. But rest is necessary for recovery, and Heath’s body won’t give him any. Even when he buckles under and accepts the need for drugs, his body rejects them. And all the determination in the world won’t matter when your own body is working against you.

Just when he’s about to give up, respite comes from the unlikeliest of sources. The sound of the cleaning lady slowly and methodically washing the hall floor outside his room lulls him to sleep and allows him to see some of the progress he’s desperate for.

Hailee Cisco is grateful for the part-time job of washing floors at Hathaway House. Sure, it isn’t glamorous, but it’s honest work, and, along with her other job, it’s enough to pay the bills—of which Hailee has many. When Dani, the heart of and the partial owner of Hathaway House, offers Hailee a full-time job, Hailee is delighted at the chance to cut back to just one job.

The patients at Hathaway House have many different injuries they are healing from both mental and physical. The setting here is tranquil even as the therapy both psychiatric and physical can be brutal. It’s the balance, the staff and the animals, that make this center unique and very effective.

Heath had been a patient at the VA, he’s hit a lull in his progress and after researching found Hathaway House. He truly feels he will benefit from the treatments there.

Hailee is not a patient but part of Hathaway House’s cleaning staff. It’s one of her two jobs. She is suffering in her own way, both financially and mentally. It’s her way of mopping the floors that gives Heath some peace so he can sleep although she doesn’t realize that.

By the time midnight hit, she was damn-near done. But now it was time to start the floors. That always took her a couple hours. She checked her watch and realized she was running a little bit behind. She headed back to the utility closet and switched out some of her cleansers. And then, with the mop and her bucket filled with hot water and the floor-cleaning solution, she started mopping on the main floor and then moved upward. It would take her over two hours tonight. It looked like the floors were dirtier than usual, which meant changing her bucket of water more often. But she was up for it. Every time she did this, she imagined each stroke cleaning the pain and sorrow of her own soul.

She moved steadily through the hallways, washing and scrubbing, moving the mop back and forth to a natural rhythm that seemed to ease something inside her. The routine movement and the sense of hard work, knowing that she was doing something necessary and in some way contributing to somebody else’s healing, it all helped. Maybe that was good for her own soul too. She moved in a steady rhythmic motion, absolutely loving to see the clean floors as she moved backward down each hall. By the time she came around to the final hallway, she knew she was running almost half an hour behind. She headed down with a bucket of fresh water and started working on the floor.

She heard a sound. She stopped, frowned, and then softly called out, “Are you okay?”

A ghost of a voice answered, “No.”

She immediately went to the door, knocked, and opened it slightly, poking her head around the corner into the dark room. “Do you want me to call a nurse?”

“Yes, please.” She immediately closed the door and raced to the closest nursing station. Tina was there. Hailee told her about the patient in the far room. Tina followed her and headed inside the room that Hailee had only ever stuck her head into once. She could hear their voices on the other side in the darkness. She hadn’t actually seen the patient, but he needed somebody. Happy that she could help, Hailee picked up her mop and resumed working again.

By the time she finished, her soul was a little lighter, and she realized that, on a scale of one to ten today, she was running around an eight.

Considering she’d been working closer to the six or seven range every day for the last three weeks, this wasn’t bad. But today, well, was a little bit better. She cleaned up her mop and put away her bucket, then headed back to check that she’d collected everything. She’d left her Wet Floor sign, and she snatched that up.

The door to his room opened. Tina walked out, smiled at Hailee, and said, “Thanks for calling me.”

Hailee nodded slowly. “I didn’t know what I heard. I felt terrible even knocking.”

“In this specific case,” Tina said, “it was the right thing to do.”

“I’m glad to hear that,” she said. “I really don’t have much to do with any of the patients here, so I never really know.”

“Not to worry,” Tina said with a smile. She headed back to the nurse’s station.

Hailee followed ever-so-slowly. She returned to the utility room to put away the floor sign but returned to the main floor to once more look around and make sure she was done for the night.

Tina saw her. “Time for the end of your shift?”

“Is this your only job?” Tina asked with a frown.

Hailee hesitated and then shrugged. “No, I have another job too.”

Tina nodded. “I figured as much. It’s probably not enough hours here, if you’ve got bills to pay.”

Hailee’s smile slipped. “Bills to pay, yes, that’s one way to look at it.” She turned away, and then she looked back at Tina and asked, “Will he be okay?”

“Who?” Tina asked, looking at her in surprise. “The patient I called you for.”

“I hope so,” Tina said with a smile. “He’s such a handsome man with his dark Moorish looks,” she said. “You probably couldn’t see for the lighting, but he’s got dark hair, thick eyebrows, and an immaculately chiseled jaw.”

Hailee nodded and hesitantly said, “He seemed like he was in a lot of pain.”

“Well, he’s doing better now,” Tina said. “He has not been too forthcoming about asking for help, and sometimes, well, sometimes you just don’t know when people will need more care.”

“I can understand that,” Hailee said. She wasn’t even sure why she was talking to Tina. It was so opposite to what Hailee usually did. But finally feeling a little awkward, she smiled and said, “Have a good evening.”

“You too,” Tina called out.

As Hailee grabbed her purse and readied to leave, she found herself taking the long way around and going past that same door. As she walked by, she whispered, “Good night. Sleep well.”
Mayer, Dale. Heath: A Hathaway House Heartwarming Romance . Valley Publishing, Ltd. Kindle Locations (304-344). Kindle Edition.

The interaction between her and Heath starts and stops almost at the same time. They have never been able to really see each other and when Hailee takes the position of accountant at Hathaway House her mopping and brief talks stop rather abruptly.

Heath hasn’t been sleeping since the cleaning person stopped mopping outside his door in the middle of the night, he doesn’t know what happened to her but the two days she said she was off became so many more.

Now these two do have more interactions but at meal times and they start talking to each other and meet up periodically. They just sort of click, but Heath has no idea Hailee was the cleaning person.

Lots of interesting things happen in this book not the least of which involves a Bobcat and a regular cat. I love that the Vet Clinic is downstairs from the rehab. Both the people and the animals benefit so much from these interactions.

An inspiring tale with a start to a relationship that is slow and healing for both Heath and Hailee. 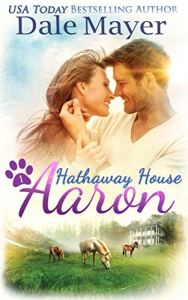 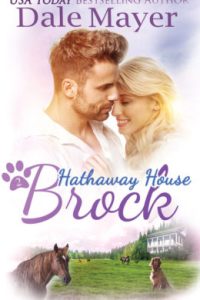 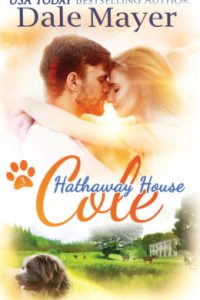 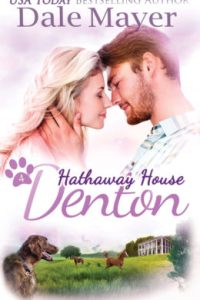 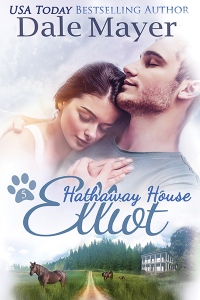 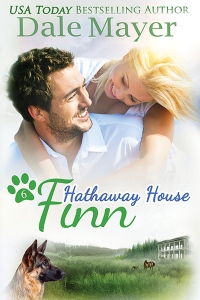 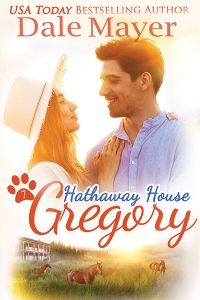 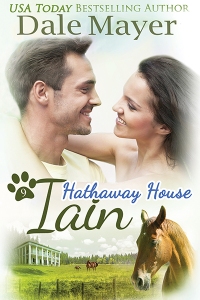 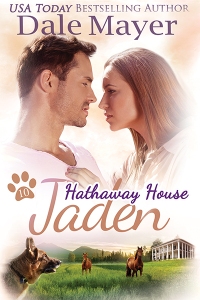 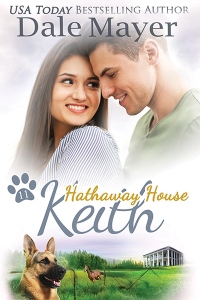 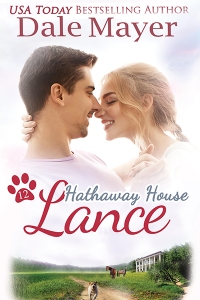 One thought on “Heath – Hathaway House Book 8 By Dale Mayer”