My name is Synthia Rowley,
and so far I really suck at saving the world.

I’m a latent shifter, a human that randomly became a hyena Queen. Crazy, right? You have no idea. When I turned twenty-five some magical chastity belt that had been completely blocking my sex drive snapped. One minute I was the ultimate shy science dork, the next I had curves that kill and a libido that won’t quit.

Good thing,
‘cause I’m supposed to have four husbands.

Yep, four. I’m destined to marry them all and they were all born to love me and only me. My own little harem. Here comes the really insane part. My husbands? The four men that I’ll be mated to for the rest of my life? They were born female and my pheromones will turn them into men. You heard me right, my hyena Queen pheromones will literally change my mates from women, into hulked out sexy studs. But if I don’t find and transform my mates, and soon, my world and everyone in it will be slaughtered by demons from a different dimension.

Author’s Note:
This book is for readers with an open heart and mind, and is the first in an ongoing series. No cliffy, but a HFN ending.

I have to say when Ann starts up something new, she always seems to do it a bit differently than anyone else. In this book her concept of shifters is very different than anything I’ve read.

In this book we meet Synthia, she works at the Smithsonian Museum and is a geologist. Now being low in the hierarchy she sometimes has to give tours to dignitaries or attend functions, but it was not the norm.

When her friend and co-worker Diana approaches her with a Star Wars fandom plea to save her and her event from crashing around her, Synthia agrees under protest.

It’s this event that is going to change a lot of things for a lot of people including Synthia.

A confrontation with a lion shifter couple who are refusing to leave as the museum is closing is the catalyst.

Giving me a weird smile, the woman stared into my eyes and said, “No one is here. Everything is fine, human. Go away.”

The situation was so bizarre that I lost control of the filter between my mouth and my brain. “Did you just try to ‘there are no droids here’ me?”

Her jaw dropped down slightly and her companion looked at me like I’d suddenly pulled a bouquet of roses out of my ass.

“Leave, now,” she said with a clear snarl in her words.

I had this weird, fuzzy sensation like I’d smoked a joint, and it gave me a no doubt false sense of courage. “Look, the museum is closing and I can’t leave until all the guests are gone. You can either leave now, or wait for security to escort you out.”

Before they could reply, a short strawberry blonde woman shoved her way between them. She had wide, startlingly pale blue eyes that were filled with fear.

Dressed in a conservative, but lovely high-necked pink gown, she quickly made her way to my side. Up close, I realized she was young, maybe nineteen or twenty. The fact that she was scared, and clearly being threatened by these two assholes brought to life my protective instincts.

“Come with me,” I pushed the girl further behind me.

The female lion shifter hissed, “You are making a grave mistake, human. This is none of your business.”

The girl moved to my side, her voice surprisingly firm as she said, “Leave her alone, Riley. You know the laws.”

The male laughed, and it was not a nice sound. “Stupid Valaria, nobody gives a fuck about those ancient rules you hold so dear.”

“They will if you kill an innocent in the Smithsonian. That’s bad PR for the Pride and you know what the price would be for your mistake.” The girl lifted her chin, projecting an aura of calm determination, but I could feel her fear skittering over my skin like spiders.

“That won’t be a problem if you’re both dead. Who’s going to tell them? Your ghosts?”

Moving so I stood between the strawberry blonde woman and the clearly furious lions, I clicked my com link and said in a shaky voice, “Diana, I need security at the mask exhibit. Now.”

“Are you okay?” she replied right away.

Before I could answer, the male lion shifter moved unbelievably quick and ripped my com link out of my ear so violently it felt like I lost a chunk of hair with it. His nails had extended to claws, and they dripped with my blood. A searing burn raced across my senses, and pain like I’d never felt filled my mind. Tossing the multiple strands of hair aside, he raised his upper lip as he snarled at me, revealing elongated double canines.

The female lion shifter trapped my scream as she clamped one hand around my mouth and held me tight. I tried to wiggle out of her grasp, but she was much stronger than she looked and she pinned me effortlessly. Pain crushed through my lungs as she tightened her hold, and I feared I was going to die. Spots danced around my vision as I fought to free myself in vain, but I was growing weaker and more disoriented by the moment.

To my shock, the young girl let out a violent snarl and launched herself at the woman. Before she could reach us, the man caught the girl midair, then threw her against a display case. Glass shattered, and shouts came from the distance, but the woman’s grip on me increased. I swore my ribs were going to crack and pierce my heart, but before that happened the pressure was released as someone roared behind me. The woman slung me across the room and I hit another display with a painful crack, my spine flaring with white hot agony before going blissfully numb.
Mayburn, Ann. Hyena Queen: Unconventional Reverse Harem Paranormal Romance (The Legend of Synthia Rowley Book 1). Honey Mountain Publishing. Kindle Locations (1012-1048). Kindle Edition.

When Synthia awakes from the attack, she is changed in many ways, one of the biggest is that she is now a Hyena shifter, a lady destined to be a queen once she finds her mates. There are four of them and she has unknowingly unlocked the change in one of them.

A page turning read as Synthia learns about shifters in a way she couldn’t have before. That combined with tears in the veil between the dimensions cause some interesting and dangerous characters to enter. 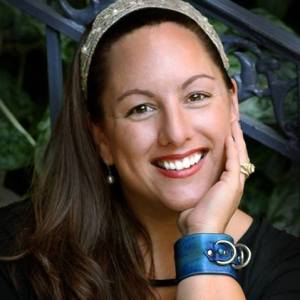 Ann is Queen of the Castle to her husband and three sons in the mountains of West Virginia. In her past lives she’s been an Import Broker, a Communications Specialist, a US Navy Civilian Contractor, a Bartender/Waitress, and an actor at the Michigan Renaissance Festival. She also spent a summer touring with the Grateful Dead-though she will deny to her children that it ever happened.

From a young Ann has had a love affair with books would read everything she could get her hands on. As Ann grew older, and her hormones kicked in, she discovered bodice ripping Fabio-esque romance novels. They were great at first, but she soon grew tired of the endless stories with a big wonderful emotional buildup to really short and crappy sex. Never a big fan of purple prose, throbbing spears of fleshy pleasure and wet honey pots make her giggle, she sought out books that gave the sex scenes in the story just as much detail and plot as everything else-without using cringe worthy euphemisms. This led her to the wonderful world of Erotic Romance, and she’s never looked back.

Now Ann spends her days trying to tune out cartoons playing in the background to get into her ‘sexy space’ and has accepted that her Muse has a severe case of ADD.

Ann loves to talk with her fans, as long as they realize she’s weird, and that sarcasm doesn’t translate well via text.