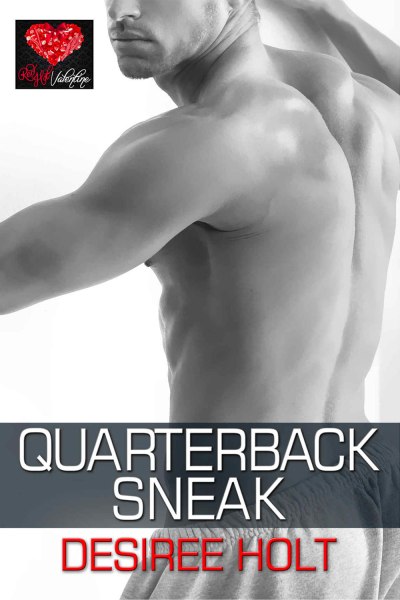 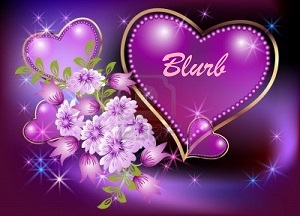 Stacy Halligan has spent her adult life focusing on her career, choosing men with far less care than she does her professional path. That’s probably the reason all of her relationships end in disaster. Now, she’s senior editor of the magazine where she works, and she was so sure this latest hunk would be the one. When he dumps her just before Valentine’s Day, who does she complain to? As always, her next door neighbor and friend, backup quarterback Max Sullivan. She sees Max as her best friend. Comfortable. Easy to be with.

Max doesn’t mind hanging out with Stacy, but in the three years they’ve lived next door to each other, he’s hoped for a lot more. Now, he sees his opening. When he offers to put on a blitz leading up to Valentine’s Day to make the guy jealous, he has an ulterior motive. He wants to show her he’s the one she should pick because he wants Stacy for himself. His campaign includes chocolate, flowers, little gifts, and hopefully, really hot sex. Because he’s been dying forever to get her into his bed and keep her there.

Will this work? He only has until Valentine’s Day to find out.

Stacy and Mac are best friends and he often hangs with her and commiserates with her when she breaks up with a boyfriend. This book opens with such a scene and Mac comes up with a different kind of solution for her. One that he hopes will lead them where he wants this relationship to go.

Romancing Stacy won’t be a hardship for him, it’s something he’s wanted from the day he met her. However breaking down her barriers might take a while. He intends to make the most of the two weeks she’s giving him.

She gave an unsteady chuckle. “I’m stunned you would make such an offer. For me. Like this.”

“Hey.” He tried to smooth his features. “That’s what friends are for, right?”

“Don’t you have your own women to romance? Do all the romance crap with? I’d hate for some jealous female to show up and scratch my eyes out.”

“And what about all the stuff the Warriors always do over holidays? For instance, I happen to know the owner and his wife have a huge party every year. Remember, we did a story about it last year?”

“On Valentine’s Day itself. A week from Saturday.”

“Well, there you are.” He leaned back and took a calming sip of his beer. “The Warriors party is on Friday night. No conflict. Anyway, all I have to do is put in an appearance there then split.” His eyes lit up. “Hey! Why don’t you come with?”

Stacy frowned. “Get real. I don’t fit in with that crowd. I refuse to wear a barely-there cocktail dress, flaunt my boobs, and trowel on enough makeup to pave a sidewalk.”

Max laughed. “I should be insulted, you know. Don’t you think I have better taste than that? Besides, there are a lot of really nice women at these parties. Wives, fiancées. Like that. So does that mean you won’t be my date?”

“I think Saturday night will be enough obligatory duty for you. Thanks anyway, though.”

“You know I mean the invitation,” he insisted.

“And I appreciate it.” She chewed her thumbnail again. “You know this will get in the papers. The starting quarterback has been hurt so often, you’ve played in a bunch of games the past season. It certainly elevated your profile. The media will sniff out what’s happening and be all over it like white on rice.”

He laughed. “I’ll have a hotshot writer on my arm. And a gorgeous one at that. Besides, it will be a big improvement over the women they usually pair me up with.”

“Whatever.” How could he tell her no woman measured up to her in his mind? She’d never believe him. At least, not right now. “We’ll put on a good show and have some fun doing it, right?” He waited another heartbeat. “So, what’s the answer? Shall we do it?”

“Uh, well, okay. If you’re positive you want to.” She grinned at him. “There’s going to be gossip for sure. Everyone will be stunned that a handsome stud like you has scooped me up.”

“Stacy.” His voice sobered. “You sell yourself way too short in that department. I keep telling you, you’re—”

“Tomorrow’s good for me, if it works for you. It’s Monday, and we have almost two full weeks until Valentine’s Day. By then, we’ll have the jerk begging you to take him back. How about if I pick you up for lunch?” He held up a hand when she opened her mouth, objection written all over her face. “No, you’re not meeting me at the restaurant. The plan only works if we do it where everyone can see us. Right?”

“Uh, right. Okay. Wow!” She took a sip of beer. “This will be an eye opener for everyone.”

“Which is exactly what it’s supposed to be.” He set his empty bottle aside and stood up. “I should probably let you get to sleep so you can be bright-eyed and sharp tomorrow.”

“Absolutely.” But I won’t be playing at all. For me, it will be real.

“Thanks again, Max,” she told him as she walked him to the door.

“My pleasure, sweet lady.” He turned and put his hands on her shoulders. “I probably will kiss you when I come to get you tomorrow, so maybe we should have a couple of practice ones. You know, so we can get it right.”

Lots of fun, as he shocks her co-workers and Stacy too with his plans and romancing.

A few surprises some very good, some not so much, and plenty of sizzling heat. 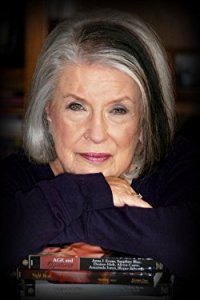 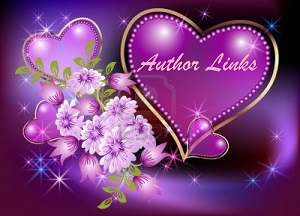