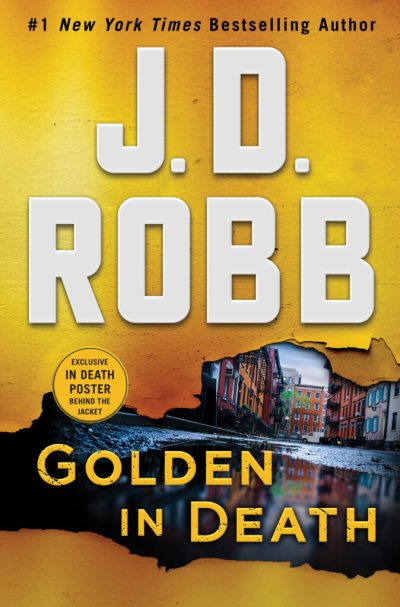 In the latest thriller in the #1 New York Times bestselling series, homicide detective Eve Dallas investigates a murder with a mysterious motive and a terrifying weapon.

Pediatrician Kent Abner received the package on a beautiful April morning. Inside was a cheap trinket, a golden egg that could be opened into two halves. When he pried it apart, highly toxic airborne fumes entered his body and killed him.

After Eve Dallas calls the hazmat team and undergoes testing to reassure both her and her husband that she hasn’t been exposed it’s time to look into Dr. Abner’s past and relationships. Not every victim Eve encounters is an angel, but it seems that Abner came pretty close though he did ruffle some feathers over the years by taking stands for the weak and defenseless. While the lab tries to identify the deadly toxin, Eve hunts for the sender. But when someone else dies in the same grisly manner, it becomes clear that she’s dealing with either a madman or someone who has a hidden and elusive connection to both victims.

There are so many things I love about this series, not the least of which is the romance between Eve and Roarke.

In this the fiftieth book in the In Death Series Eve faces a puzzle that isn’t making any sense at all. There doesn’t appear to be any reason for the targeted death of pediatrician Kent Abner. Everyone appears to have liked him, married for years, a family that loves him. There is shock and overwhelming grief as well as fear in this tale’s beginning.

An unknown toxic agent, fortunately dissipated before the body was discovered is the primary concern for the moment. Even though Eve has told him she’s fine and was cleared at the scene Roarke is still worried.

But it worked—really worked, she thought. And one of the reasons it worked, so well, was knowing she’d come home—and there was a glittering word—with this fresh weight on her shoulders, and he’d be there.

He’d look at her the way he looked at her that always, still, probably forever, brought a skip to her heartbeat. He’d make her eat something, even if she didn’t want to, which was both annoying and precious.

And he’d listen. No bitching about her being late, no guilt trips. He’d listen, offer to help and, with all of that, with all of him, bring her a peace of mind she’d never expected to have in her life.

So when she drove, at last, through the gates, she felt that quiet click. Coming home. Under the night sky, the house Roarke built stood and spread and towered with its fanciful turrets, its grand design. Dozens of windows, so much light to welcome her, glowed out against the dark.

When she pulled up, got out of the car, some of the weight shifted. Work to do, yes, but home.

Because she was late—really late—she didn’t expect the looming Summerset.

But there he stood, tall and bony in black, his cadaverous face set, his dark eyes arrowing their stare at her face. She reached into her bag of insults, but he spoke before she could pull one out.

“He’s worried. He’ll pretend otherwise, but he heard about your exposure to a toxic material.”

When Summerset only continued to stare, she had a bad feeling the former Urban War medic intended to do his own exam. Big no.

“Have they identified the substance?”

“I don’t know. I’m going up to check. I’m fine.” Irritable now, she dragged off her jacket, tossed it on the newel post.

“Make sure he knows.”

She started to snap she already had, but that seemed pointless. Instead she paused on her way up the stairs. “Do you think I’d come home if there was any chance, any, I carried something with me that could hurt him?”

“Absolutely not. Which is why, as it’s after nine, he worries.”

“Your office, of course. He knows you’re home. He set an alert.”

She jogged up. She’d followed the Marriage Rules, she thought. And still she felt as if she’d screwed up somehow. He sat on the sofa in her office, the fire going low, the fat cat across his lap. He had a book in one hand, a glass of wine in the other.

And yes, he looked at her in that way—but she saw relief bloom over it.

“And there she is,” he began, with that wonderful whisper of Ireland in his voice.

Even as he put the book aside and rose, she walked to him, wrapped around him, held hard. “I’m sorry.”

“For being late?” Now she heard surprise as she burrowed into him. “Come now, Lieutenant, that’s part of the job, isn’t it?”

“Ah.” He brushed his lips over the top of her head, drew her back. “That’s part of the job as well. My part. There will be worry, darling Eve. But now…” He skimmed his thumb over the shallow dent in her chin, leaned in to kiss her—long and warm. “You’re home. So sit a moment with the cat, as Galahad’s had some concerns of his own. I’ll get you some wine.”

No bitching, no guilt trips, just wine and welcome. And a fat cat. So she’d sit for a minute, because he didn’t just bring trips to Italy, real coffee, superior sex, and all manner of things into her life.

He brought this, the balance.

She gave the cat some strokes, a belly scratch when he stirred himself to roll over. And took the wine.

“They cleared me right at the scene.”

“So you told me.” Still those wildly, gloriously blue eyes studied her face before he lifted her hand, kissed it. “Have they identified the toxin?”

“I need to check, but not since I checked an hour ago. The body wasn’t discovered until after sixteen hundred when the spouse got home from work. They wouldn’t have started the process until … probably an hour ago. Protocols to follow, and all that.”

“We were pretty busy.”

“I imagine. Let’s have a meal now, and you can tell me about all this.”

“Wait.” She tightened her grip on his hands. “I’m going to promise you that I won’t lie or downplay something that happens, if I’m in trouble or something’s really wrong. I’ll be straight with you.”

She studied that amazing face of his. “And you’ll worry anyway.”

“Yes, of course. But that’s appreciated. Now, I made a bargain with myself—or fate—to your benefit. That when you came home to me, there would be pepperoni pizza.”

She brightened right up. “Really?”

“Such is the depth of my love I’m not insisting you eat a side of good vegetables.”

“You could have them on the pizza.”

The investigation brings into play several favorite characters starting with Peabody and then others from EDD Feeney, McNab, Carmichael. Of course there’s Summerset the butler trading barbs with Eve and the cat Galahad and so many more.

As always a riveting story with more than one murder and plenty of frustration and tension for Eve and her team. Plus that sizzling heat between her and Roarke that has come so very far from the first book.

I loved this book from the beginning to the very satisfactory ending.

I think I’m going to go back to the very beginning and read through again. It’s amazing that this is now the 50th book.

Click the Cover for All The Books and More! 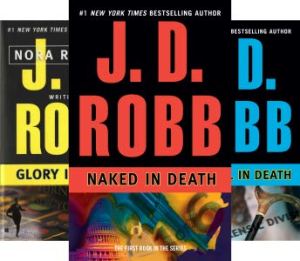 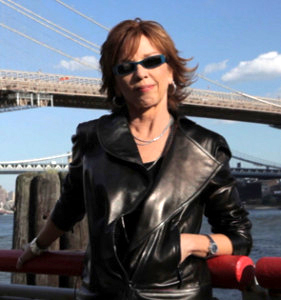 With a phenomenal career full of bestsellers, Nora Roberts was ready for a new writing challenge. As her agent put it, like Pepsi, Diet Pepsi, and caffeine-free Pepsi, a pseudonym offered her the opportunity to reach a new and different group of readers. The first futuristic suspense J. D. Robb book, Naked in Death, was published in paperback in 1995, and readers were immediately drawn to Eve Dallas, a tough cop with a dark past, and her even more mysterious love interest, Roarke.

The series quickly gained attention, great reviews, and devoted readers. Since the debut of Loyalty in Death (the ninth In Death book) on Halloween 1999 on the New York Times bestseller list, every J. D. Robb title has been a New York Times bestseller. While fans had their suspicions, it wasn’t until the twelfth book in the series, Betrayal in Death (2001), that the publisher fully revealed that J. D. Robb was a pseudonym for bestselling powerhouse Nora Roberts. Unmasked, Nora Roberts fans who hadn’t yet picked up one of the Robb books were quickly playing catch-up.

The In Death books are perpetual bestsellers, and frequently share the bestseller list with other Nora Roberts novels. J. D. Robb publishes two hardcover In Death books per year, with the occasional stand-alone original In Death story featured in an anthology.

Forty books later, there is no end in sight for the ever-popular In Death series.