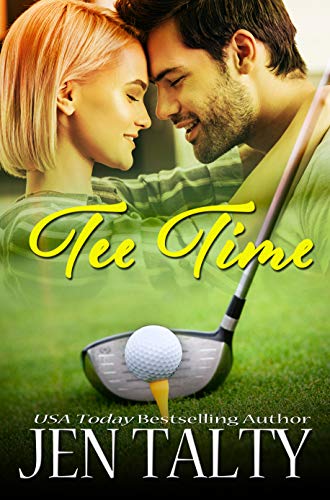 Jack Hollister had been at the top of his golf game, not to mention the money list. That is until he makes the wrong decision and marries the wrong woman sending his life into one nasty slice. Five years later, Jack is back and he’s ready to not only take back his career but make amends to his mentor and the young woman whom he crushed all those years ago.

Five years ago, Courtney Wade, in a desperate attempt to keep Jack from making the biggest mistake of his career, threw herself at him. She declared her undying love for a man who wanted power, money and the limelight. Not something Courtney and her father couldn’t give him back then. Hurt by Jack’s decision to marry someone else, Courtney ends up in bed with his archrival, making her own mistake. One she’s still paying for.

Now, living with her father, Courtney is trying to put the pieces of her life back together. The last thing Courtney needs is the man of her dreams to walk into her and her daughter’s life, but that is exactly what happens.

Jack Hollister has made many mistakes in his life, some very public. Having lost everything he is working his way back, trying to being a better person. He starts by going to the one person who can possibly help and not only with getting his career going again.

Rudy and his daughter Courtney are the two people who were hurt the most by him. When he married for the prestige and money a stipulation was that he fire Rudy as his coach. Now Jack needs Rudy but isn’t sure that he will be willing to talk to him, let alone work with him.

Courtney is another story all together, she’s made her own mistakes and is still paying for them in some ways. Her only bright spots her daughter Brianna and her dad. She also loves playing golf but never played competitively. She’d been in love with Jack but he thought her too young and his marriage set her on a path she regretted.

Rudy has challenged Jack to win a match against Courtney and then he’ll be his coach. Courtney is not pleased. Jack’s rejection and her own choices all those years ago, left her more than a little angry. Plus her ex-husband had been Jack’s rival. Nothing good could come out of this, at least not in her eyes.

“You want me to do what!” Courtney Wade stared at her father with wide eyes. She wiggled her finger in her ear. She couldn’t have heard him correctly.

“It’s one round of golf,” her father said.

“With Jack Hollister, a man we both swore if we never saw again it would be too soon. Why the hell would I play golf with him?”

“Um. I’m in the room,” Jack said. She blew out a big puff of air and continued to ignore the man she’d been trying desperately to forget for the last five years. “I’m not speaking to you, nor will I ever.” She shook out her hands. “I won’t do it, Dad.”

“You’ll do it because I asked you to,” her father said with a stern tone as if she were still a teenager.

Well, she was a grown-ass adult, with a kid of her own. Just because she was living with her father while she got her life back on track didn’t mean he got to tell her what to do.

“Are you crazy, Dad! Like hell I’ll play him. Now if you want to smack him over the head with my driver, like he did to my ex-husband, that I might be able to do.” Courtney stared Jack down, daring him to justify his actions. No matter how much he despised her ex-husband, there was no way Jack could come up with a valid reason for knocking a man unconscious.

“My days of clubbing people are over,” Jack said. “And I’m surprised you’re not jumping at the chance to play me again.”

She tossed her head back and laughed. “Are you forgetting I beat you by two strokes?”

“Nope. I’m not.” He inched a little too close for comfort. “But I was also under the influence back then. I haven’t touched cocaine in a year. You’d be playing me completely drug free. Hell, I haven’t even had a drink yet, but if I win, I’ll buy us drinks before dinner.”

“And if you do happen to beat Courtney, you will do things my way, all the way, or no deal,” Rudy said.

She stood between the two men, glaring at both of them. “This is the most insane thing I’ve ever heard.”

Her father gave her a sideways glance. The one he used to get her to do stuff all the time. “Dad. I won’t play him.” She waved her hand at the redhead standing so close she could feel the heat coming off his skin. The last time she’d seen Jack, he’d made her feel like she wasn’t even a whole person. “He’s an arrogant jerk who lies, steals, and cheats, and I don’t want him around us or our golf course. This won’t be good for business. The second the media catches wind of this, they will be all over us like pigs in shit. We don’t need that crap. Not again. Not because of that jerk-off.”

“No one cares,” she said behind a clenched jaw, keeping her eyes on her father. Her insides were shaking like a volcano about to erupt.

“Nice to see you too.” He leaned in front of her and smiled.

Frustrated, she pushed him aside. “Your charm doesn’t work on me.” Then she turned her attention back to her father. “How dare you offer a match for me. And with him.” She turned to see him smiling at her. Jerk! Why the hell did he come back? She’d started to get her life back to where she wanted. The last thing she needed was a sexy, tall, muscular, red-haired wrecking ball crashing in.

“Him has a name.” Jack tipped his new hat.

“You don’t want to know the name we have for you,” she said. “Dad, I can’t believe you would even consider taking this”— if she used the word ‘drunk or drug addict’ she’d be a hypocrite—“ thing back after everything he did to us.”

“Want me to say what I’m really thinking?” She glared at him. Finally, that smug smile of his disappeared, and his eyes shifted. She’d gotten him right where it counted. Good, he deserved it.

“You should thank him for putting that ex-husband of yours in his place.”

Her mouth opened, and a horrible gasp came from the pit of her stomach. “He wasn’t my ex at the time,” she said under her breath, rubbing her hands against her golf pants. “And he’s still the father of your granddaughter.”

“A fact we’d both like to forget,” her father mumbled. “But Tom doesn’t have anything to do with this.”

“I just want a chance,” Jack said. “I know how badly I’ve fucked up. I haven’t two pennies to rub together, and I don’t even know if I have what it takes to even make the cut.”

She blinked. Not only did his voice send a warm shiver down her spine, but he looked damned good with his freshly shaved face, slender dark-blue golf slacks and white-and-blue shirt tucked neatly into his pants. “You have a lot of nerve to come waltzing in here after all these years. Do you have any idea what you did to my father?”

“I know what I did,” he said. “I also know saying I’m sorry isn’t enough, but it’s a start. I plan on sticking around so I can show both of you just how sorry I really am.”

“I’ve heard enough, and Courtney and I have work to do.”

A game won, as they both seem to get in each other’s head. A new start to training and plenty of snark as Jack slowly moves forward.

For Courtney there is more than just her attraction to Jack, there is dealing with her ex and his threats.

This was an interesting journey with revelations about their pasts. Suspicions about her ex and a love that has survived the years. 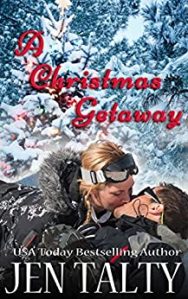