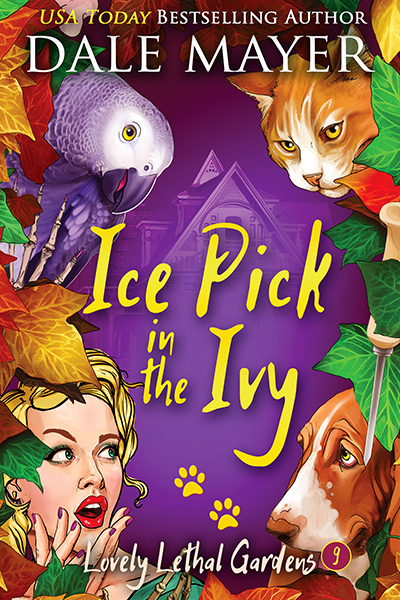 Riches to rags. …
Chaos never calms. …
Time fades memories. …
Or at least most of them!

Who knew two small maker’s marks could lead to such chaos? Doreen has been enjoying a few well-earned days of peace and quiet after solving her last mystery. But all good things must come to an end. Like when Thaddeus, her independently minded African gray parrot, digs up two rectangular metal pieces from the path along the creek. Then Doreen is sent down another rabbit hole of the past: connecting the dots from a long-defunct tool repair company and a young girl who disappeared at the same time.

Corporal Mack Moreau doesn’t think these events are connected. He doesn’t believe the spate of recent deaths is suspiciously tied in either. Mack wants Doreen to focus on the materials and the cost analysis to replace her backyard deck and to leave the detecting to him. But how can she, when she knows so much more is going on than Mack believes?

Heart attacks, unfair wills, and a missing ice pick are all related. She just needs to understand how …

Doreen is still recuperating from her last case as this book opens. But she’s already getting bored. As she begins to work on her garden she realizes Thaddeus isn’t around anywhere. He returns when she calls but he has something shiny that he doesn’t want to give up. This becomes a delightful interaction with Goliath and Thaddeus as she tries to get the object and Goliath wants to pounce.

When she finally gets the object away from him she pockets it and returns to her gardening but Thaddeus isn’t happy about that at all. He wants her to follow him. When she does, it’s not surprising that Mugs and Goliath follow. She admonished Thaddeus for going so far along the creek without her even as she finds another piece of metal that although smaller the same as the first one.

Not knowing what either meant she heads back home when Mugs jostles her on the bridge causing her to fall through the broken planks.

Now the scene that followed that was a favorite and I was laughing out loud, but that wasn’t my top favorite. You see, now Doreen is stuck not able to put weight on her ankle or it will take longer to heal. To say she’s not a good patient is putting it mildly. There are some perks to it all though. Nan and Mack have both been taking care of her and Mack is a hoot as always.

“Just a few more days. Then you can resume a normal life.” He gave her a slow smile. “You’ll be back to normal, ready to terrorize everyone, on Thursday. That’s not long to wait.”

Still he was right; a couple more days wasn’t too bad. Particularly as he’d been looking after her. Now that the pain had eased, she knew it wouldn’t be long before she could bear her full weight. She didn’t let him see, but she had managed to get to the bathroom more easily today. “Ha, you’re enjoying this. Hopefully you’re making good use of me being off work and catching up on yours,” she warned. “You know I’m just raring to go, right?”

“That’s good,” he said smoothly. “In the meantime, you’ve got a TV, books, and time to rest— like really rest right now. So take advantage of it,” he urged. “You’ve been attacked so many times in recent weeks, let your body catch up.”

She subsided on her bed. Her ankle felt better— especially when propped up on pillows— but, in some ways, Mack was right. She just didn’t want him to know that. “Fine. As instructed, I’ll give it until Thursday, but after that …”

He grinned. “After that you’ll be meddling in my affairs again. Got it.”

“Ftppp.” She made a face as he turned and walked back into the kitchen. But he hadn’t said anything that Nan hadn’t repeated time and time again these last few days. And the doctor. Sigh. He’d told her not to go back to work for a full week and to stay off her leg completely, if she wanted it to heal properly. At the time she’d wondered if Mack had coerced the doctor into saying that, but her research for sprains online had showed a similar time frame.

“No, you’re not,” he called out from the kitchen. “You could find something to keep you occupied on your laptop with no problem.”

“But I don’t have a case to work on,” she complained.

He poked his head around the corner, gave her a fat smile, and said, “I know.”

“I could work on the Bob Small stuff,” she said in a considering tone. “It’s not like I can do much else, but I could start researching that case— or rather cases. As in many cases really. He was a serial killer, after all. Still at large.”

“Too bad you can’t get to that basket of clippings by yourself anytime soon, and no way will I pull it down for you,” he said in a bright cheerful voice. “That’s hardly resting if you’re sleuthing.”

Her irritation at being bedridden melted as soon as she heard him say sleuthing. It was almost a validation of what she did. And anything was better than meddling.

“Dinner is ready,” he called out. “Do you want to eat there or make your way to the kitchen?”

“Kitchen please.” She grabbed the crutches Nan had gotten her from somewhere, and, no, she’d not asked where, and made her way to the kitchen. Doreen stopped and sniffed the aroma and cried out, “Spaghetti!”

“Absolutely. Now sit down and get that leg up,” he ordered. “At least this way you’ll have enough leftovers until you’re cleared to walk again.”

She beamed and immediately obeyed. Anything for spaghetti. “I really appreciate the leftovers.”

He walked over, bearing a heaping plate of spaghetti and, oh joy, … meatballs as well. “Oh my,” she whispered softly, staring at the plate in rapture.

“You know how they say the way to a man’s heart is through his stomach? Now I don’t know that for sure about all men, but it’s definitely the way to your heart.”

She nodded but didn’t waste time talking. She forked up part of a meatball and some noodles dripping with sauce and took her first bite and closed her eyes.

There was an odd silence. She opened her eyes to find him staring at her. That was a new look on his face, but the look in his gaze was universal.

He dropped his focus to his own plate, breaking the moment.

But it would be a long time before she forgot the heat in his eyes.
Dale Mayer. Ice Pick in the Ivy (Kindle Locations 146-178). Valley Publishing.

As soon as Doreen is given the okay, she’s of course up and running. When she discovers an icepick near where Thaddeus found the metal labels things take several interesting turns.

Nan is ever helpful, and an interesting confrontation in the grocery with Mack at her side adds even more suspense to this tale.

I laughed, sighed, and gobbled up this story with each and every clue discovered.

I can’t wait to read the next book in this series, from the awesome lead in I don’t think Mack is going to be very happy about it. 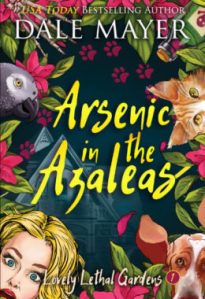 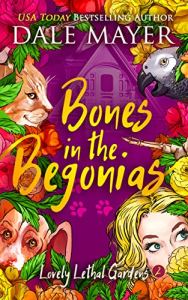 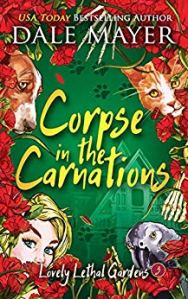 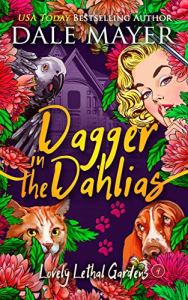 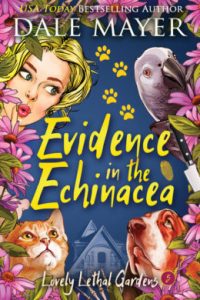 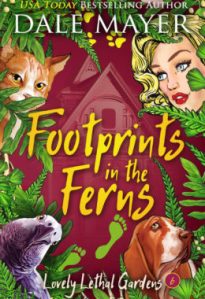 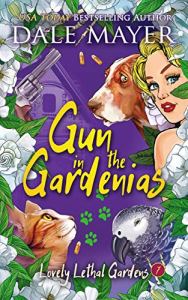 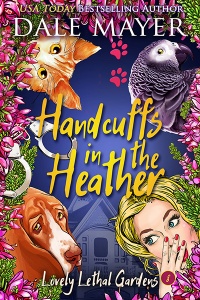 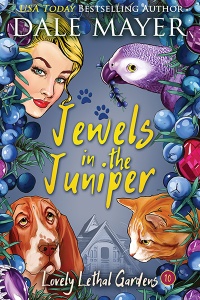 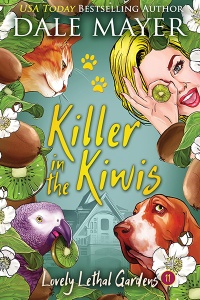 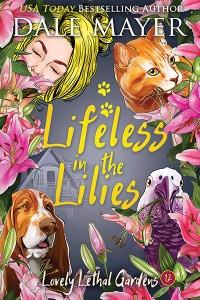 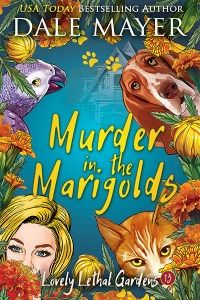