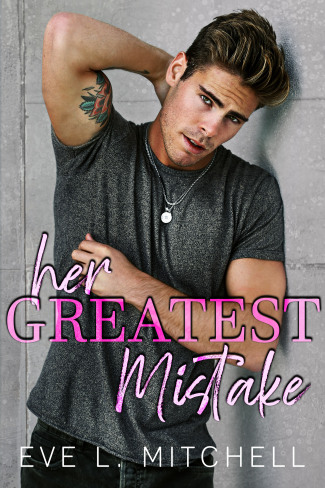 I knew the moment I saw Aiden that he was the kind of man who would break a woman’s heart. With his looks, he could grace the cover of any book or magazine.

Even as I got to know him, his hard no-nonsense attitude was alluring. He was as captivating as he was intense, and having his attention was as intoxicating as it was overwhelming. My pulse raced and my stomach fluttered when I was near him.

Yes, Aiden would break a woman’s heart. If she let him.

Maybe, even if she didn’t.

One moment of passion—that’s all it was. I was reckless. I was stupid.

He ripped my heart out without even breaking a sweat.

He said he could explain. I don’t want to hear his lies.

I was stupid that night, but I can’t be again. I can’t let him close enough to make the same mistake twice.

I had not read the novella that is the first seven chapters of this book so I did start from the beginning.It all begins in a coffee shop while Jemma is waiting for her order. She keeps bumping into a guy wearing high-vis outerwear. When she finally looks at him she realizes the uncanny resemblance to the model of the book she is currently reading.

It’s quite the hilarious exchange as she actually shows him the cover and he protests that his tats are better as are his abs.

The man she has dubbed ‘High-Vis’ keeps showing up and while bossy he’s also protective of her. Her boss Richard knows something’s bothering her and sends her out to lunch with his wife Karen.

One of my favorite scenes is the one that occurs following that lunch. It’s a bit longer than usual but it’s necessary.

We finished lunch, and I was reminded again not to go soft on her and to keep Richard appraised of all developments. Karen had a car waiting for her; it pulled up outside Lou’s when she was ready to leave, and she offered to take me back to the office. I declined, I was still damp, and I wanted to manoeuvre Denver’s streets to prove to myself that I wasn’t a hapless female.

I made it ten feet before a passing SUV drenched me from head to foot. I trudged back to the office, dripping wet, freezing and miserable.

“Holy shit, what happened?” Nadine asked me as she watched me walk back to my desk.

“SUVs and puddles,” I muttered through chattering teeth. A puddle was forming at my feet.

“I don’t think I have anything that would fit you.” Nadine was on her feet looking at me. “I can run to the next floor and ask if anyone has gym clothes or anything?” She didn’t wait for an answer but turned on her heel and left.

“Jesus, what did my wife do to you?” Richard looked at me as he came out of his office.

“No, seriously, what happened?” He looked around as he took his suit coat off. “Please tell me this wasn’t Karen.”

“Don’t be silly.” I wrapped his coat around me. It didn’t do much, but it was something. “Big stupid car that kills the environment.”

“I think you need to go home; I just don’t want to send you home like that,” Richard admitted.

“I just need to dry.” I was shaking more visibly now.

“Why the hell are you soaking wet?”

My eyes closed in disbelief. Maybe I was hallucinating? I opened one eye as I felt him towering over me.

“I said, why are you soaking wet?” Mr High Vis was glaring at me.

“SUV drenched me,” I supplied the answer.

He rolled his eyes. “Of course it did. Come on, up.” He held his hand out.

He wasn’t shy in waiting. “Construction site.” He jerked me to my feet. “Who’s her boss?” His eyes landed on Richard. “I’ll get her dry. She’ll be back in no time. I’ll talk to you when I’m back.”

For the second time that day, I was marched at high speed beside him. No one said a word. We got in the elevator, and he hit the floor above. “What are you doing?” I asked as the doors pinged open a minute later.

“You’re freezing, we need to get you out of those clothes, Jemma.” He didn’t look at me as the doors closed behind us. He shouted out a rapid-fire list of names, and several guys appeared from rooms. He surveyed them all. “I need sweaters, T-shirts… Where’s Danny? He’s the smallest guy we got. Find him, I need his pants.”

Within moments, I had a pile of clothes in front of me. High Vis turned to me and handed me the pile. A smaller man walked towards me and handed me a pair of jeans. They were shortish in leg length but very, very wide. High Vis looked at them and me, and his mouth twitched. He barked off an order for string or twine. With a push between my shoulder blades, he directed me into a room and closed the door behind us.

I froze despite having already kicked off my boots. “Absolutely not.”

“Don’t be a baby. I’m not looking. I’m sorting through this pile of clothes.” He was indeed sorting through the pile of clothes and separating items. He was also performing what looked like a sniff test. I turned away; if I didn’t know, I wouldn’t think about it. “You remembered my name?” I said as I unwrapped Richard’s jacket. My fingers were numb, and I was curiously trying to figure out if they were blue.

“It’s not every day you get told you look like a cover model.” His voice seemed to be closer.

I turned my head, and he was behind me. I froze again.

“Fingers giving you trouble?” As seemed to be his most annoying habit, he didn’t wait for an answer. He nudged my hands out of the way and unwrapped me from Richard’s coat.

“Um, I was managing,” I stuttered through chattering teeth.

“Yeah, the only thing you were managing was vibrating your way to hypothermia.” He started deftly unbuttoning my shirt.

“I’m not comfortable,” I protested weakly.

“Which is why I’m taking your clothes off you,” he answered glibly.

I shook my head. Given the situation, it was perfectly reasonable. However, it still didn’t deter from the fact that I was in a room, with a stranger, who was undressing me.

“No, I mean I don’t want you taking off my clothes,” I protested.

“Okay. I’ve noted your protest.” He untucked my shirt from my skirt, but his eyes never left mine. He deftly unzipped my skirt. He gave it a slight push downwards and then a tug, and it fell wetly down my thighs to pool at my feet. My thick knit tights were also sodden. He hooked his thumbs in the top of my winter tights and pulled, and my breath caught as he lowered his body to take them off my cold numb legs, his eyes never leaving mine. My breathing was becoming erratic. My shirt covered me, and although it was unbuttoned, it was still closed over my body. He stood swiftly and turned to hand me a T-shirt that looked several sizes too big. I hurriedly cast off my shirt and pulled on the T-shirt. It was cold, I was cold, but it was blessedly dry. Thank the lord, it was dry.

“Here.” His voice was gruff as he handed me a sweater. I pulled it on— it fell down to my knees. I started to laugh. He turned and looked at me, and his mouth twitched into a smile. Handing me the jeans, he turned again as I pulled them on. I rolled them up on the legs and stood, and they immediately fell down. “The pants may be a problem,” I admitted. He turned again, assessed me and then lifted his own jacket, hoody, jumper and T-shirt. I didn’t look away as he unhooked his belt.

“At least I didn’t stare,” he mocked me as he walked forward and handed me his belt. My face flushed as I tried to get the belt through the loops, but my fingers were still uncooperative.

He sighed and took over. His warm hands against my ice-cold skin burned. I hurriedly looked away as I felt unnatural tingles race to where he was touching me. Dear Jesus, was this normal?

“My belt can go around your waist almost twice. I feel like I shouldn’t have had that second donut at coffee break,” he muttered as he stepped away.

His chocolate brown eyes flashed to mine. “I wouldn’t say that at all.”

My face flushed again as I reached for my boots. “You have a name?” I asked as I pulled my boots on.

“I do.” He collected up the discarded clothes.

“In Western society, it’s common courtesy to exchange names as pleasantries, part of greetings and introductions.” Apparently my sass was back. He just seemed to bring it out of me.

“What have you been calling me up to now?” Those eyes assessed me knowingly.

“You’re a terrible liar.” His grin was lazy. “You’re definitely not one of the lawyers then?” He headed to the door.

He barked out a laugh as he left the room.

“Aiden, my name’s Aiden.” He dumped the surplus clothes on a counter and turned back to me. “Try to stay dry, Jemma.” Aiden nodded once and then disappeared into one of the rooms, already barking out orders.
Eve L. Mitchell. Her Greatest Mistake (Kindle Locations 282-346).

The events of the first seven chapters left me speechless and I was really glad I hadn’t read it beforehand. I won’t spoil it here, lets just say it complicates things for the rest of this book.

I couldn’t put this book down as Aiden and Jemma’s relationship gets more tangled and she’s assigned as liaison for the construction project. Her friend and co-worker Nadine, another construction worker Ben who mostly gives the updates, become integral in this plot as well.

This book had many moments of fan yourself heat, more than a little family drama and so much intrigue as this tale unfolds.

Secrets, trust, and an ending you won’t see coming.

Eve L. Mitchell lives in the North East of Scotland, in the UK. She writes under a pen name, because otherwise her Secret Agent status will be revoked. Eve started writing in 2018, with her first book ‘Indian Summer’ published in January 2019 – and hasn’t stopped writing since.
Eve prefers to consider her relationship with caffeine as codependent rather than caffeine reliant, she admits she may be the more needy one in the relationship but hey… maybe caffeine is just as addicted to her?

Eve L. Mitchell is an author of Contemporary Romance and Urban Fantasy.