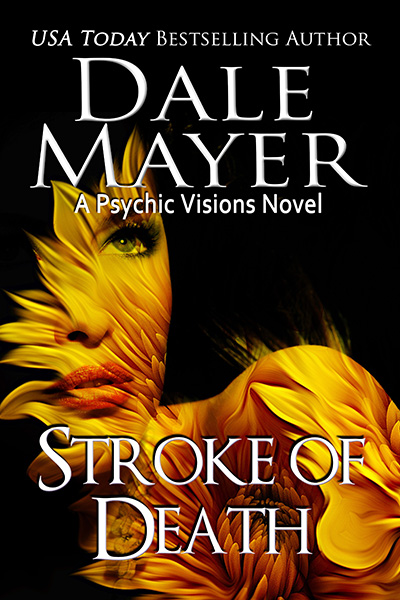 Cayce’s art is well-known and respected among her peers, and, as such, has spawned forgers, copycats … and enemies. But when her favorite model and best friend is murdered—the masterpiece painted on her skin cut off her body—Cayce knows she’s up against a collector of a very different sort.

Detective Richard Henderson doesn’t know much about art, but he knows what he likes. Of all the art mixed up in this case, it is the artist, Cayce, who fascinates him the most. While he understands her work contains an element of something extraordinary, he just doesn’t know what that is exactly or how she embodies it in her creative works of art.

But, when other models show up dead, with more souvenirs taken from their bodies, both the artist and the detective realize much more is involved in this than just Cayce’s art … It’s all about Cayce’s soul.

Cayce is an artist with a unique gift, she does mural size masterpieces and incorporates models into the scene. The models disappear into it until the moment they are to move away. Cayce’s gift is more than this though, she calls upon positive energy when she paints using it to create with the perfect colors and blending.

As this book opens the client has insisted on a new model, Naomi exudes negativity and Cayce is having trouble getting around that but she manages, and reaches a point for a break for both herself and the model.

It’s then a visitor enters the area, something that Cayce hates since it interferes with the energy and this stranger has a darkness about him. The news he brings devastates Cayce, Elena her bestfriend and favorite model has been murdered and besides her life the killer took something else. That something is not only part of Elena but of Cayce as well.

Detective Richard Henderson is assigned to the case and with so few clues he turns to the artist as he talks to other friends of Elena.

Cayce had been working three hours already. She had this massive, expansive wall— twenty by sixty feet. It wasn’t that she particularly liked this size, but it was something she was certainly capable of doing. She put the roller back down and relaxed her shoulders, rotating them and her neck to ease up the tension. She had a base color on the back wall, and she had the sky with the clouds working in. She was doing the foreground in this one, and that was tougher— a fantasy forest winter design.

“That’s quite a job,” a man said behind her.

Cayce stiffened, then turned to look at Detective Richard Henderson. “Are you back to bug me some more?”

She narrowed her gaze at him. “What do you want?”

“I have a few more questions,” he said. He looked at the many trays of paint all around her. “Good Lord,” he said. “Are you really doing this whole wall?”

She shrugged her shoulders several times, again feeling her muscles cramp. “Yes, and I have to do the background first, before I start doing any of the fine detail.”

“And how long does something like this stay up?”

“Weeks, months sometimes,” she said. She walked to where she’d placed her coffee, realizing it was lukewarm at best right now. She took a big slug, nearly spitting it out. “Back to the questions, Detective,” she said pointedly.

She was caught by the way the light played along his cheekbones. Just the way he stood there. She moved a little to the left, so she could take a look at him from a different angle. Her mind immediately filled in all the details of this man and realized he had unforgettable features. But, of course, that sent her mind spinning, only to wonder what the rest of him looked like. Just from a model’s perspective, she assured herself.

He frowned at her. “What are you looking at?”

“Your cheekbones,” she said bluntly. His eyebrows shot up, and she grinned. “I am an artist.”

He shrugged uncomfortably and said, “Well, I won’t be part of your installations anytime soon.”

She nodded, smiled, and said, “That’s fine too, considering you weren’t invited anyway. So, questions?”

He glared at her. “Joe Johnson.”

“Good model,” she said instantly. “I really like him.”

“No,” she said. “Not personally. But he’s a very good model. He could hold the position and stand for a long time, but he wasn’t cut out for the actual cutthroat part of the business.”

“Isn’t that a little hard to believe?”

“Every business is cutthroat, if somebody stands to gain a ton of money,” she said. “There are always markers that define success, fame, or wealth. But knowing that your face will be on every magazine is a thrill for a lot of people.”

“No, not at all,” she said. “But that didn’t stop him from being damn good at what he did.”

“Would you use him again, if you had a chance?”

“And did Elena have anything to do with him?”

“You’d have to ask him,” she said. Cayce hated talking about her friends, particularly the ones who were no longer here to answer any questions.

“We have to pry into Elena’s life,” he said gently. “Somebody took it from her. No way I’ll let that happen to anybody else.”

Her eyes widened as she thought about that. She took several steps forward, her voice dropping as she whispered, “Do you think other models are in danger?”

“I don’t know,” he said. “You tell me. Was this dedicated just to her, or is there something about her that somebody wanted?”

“It depends if they were trying to kill her for revenge,” she said, “or if it was because of the masterpiece.”

“Why do you keep calling it a masterpiece?”

“Not because I’m an egotist,” she snapped, “but because it was a copy of a masterpiece that she was in.”

He stopped, stared, and said, “Really?”

“We have to get to the bottom of this and fast. Do you have any other masterpieces coming up?”

She stared at him in horror; then she nodded slowly. “Tomorrow night,” she said. “I’m doing one tomorrow night.”

He waved at the wall behind her. “This one?”

She shook her head immediately. “No. I’m doing one at the big art museum,” she said. “It’s different. We’re bringing in the canvases that will be the backdrop, and then the models in the front. So, I’m doing them in pieces.”

“Not that I even begin to understand that,” he said, “but I’ll have some added security on the place.”

“You can do that,” she said, “but will you look after my model too? I don’t want her to turn out to be a second masterpiece for some creep collector who’s found something new to collect.”
Dale Mayer. Stroke of Death (Kindle Locations 554-597). Valley Publishing.

One of the things I love about these books is we get a look at the bad guy, not the name but insight into the twisted reasoning.

As more bodies turn up so does Sebastian, I love the way he just pops into the fray. This case has intertwined with one Sebastian is working on so the stakes are even higher. Richard has to embrace his talents as does Cayce as this nail-biting story continues.

Plenty of suspense, intrigue and a simmer to sizzle romance.

I had started this series in the middle and I am now going back to the beginning. I really need to know more about the characters that show up to help in every book. 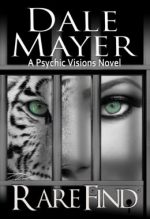 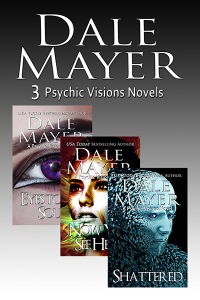 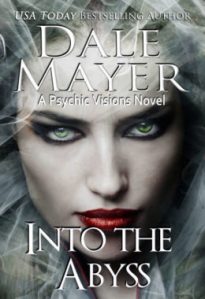 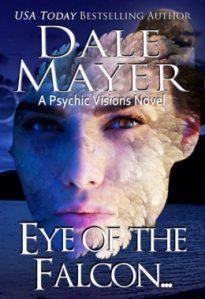 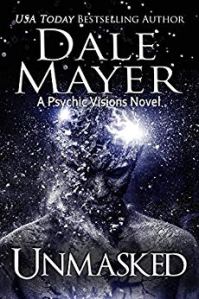