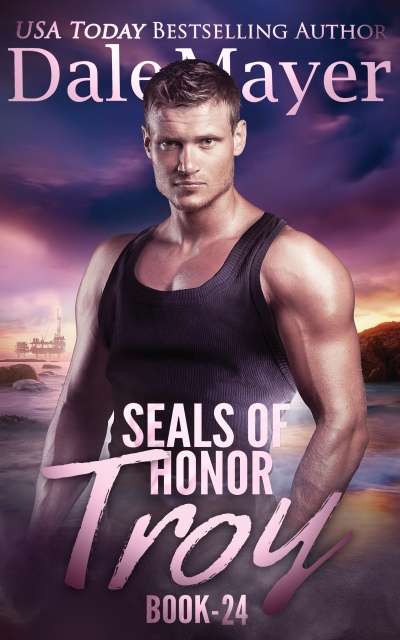 When a friend of Tesla’s sends out an SOS on the lowdown on an oil rig in trouble, Troy has a good idea what he’s getting into. As far as he is concerned, the maximum danger, the potential for betrayal, and the chances of not coming home sounded like the right kind of job for him.

After all, he lived alone. So going into these situations with no family to worry about him made him the ideal candidate—until he meets someone at the oil rig who suddenly makes him see his future in a different life.

Berkley knew something dangerous was going on. No way this oil rig hadn’t been sabotaged. She’d requested to remain with the skeleton crew until her help arrived. And was surprised at the size of the team that showed up to assist her.

Who knew it would take all of them to get to the bottom of this mess and to keep them alive, as human nature and Mother Nature combined to take them all out.

Mason’s SEALs frequently get interesting assignments but this one truly grabbed me as unique. An oil rig off the Alaskan coast is in trouble, suspected sabotage, and the programmer who sent the SOS is a friend of Tesla. Did I mention rough seas and a storm heading their way?

A six man team, two covert, Dane and France, two as crew, Axel and Troy with Mason and Nelson as representatives of corporate head out joined but an actual corporate rep. What they find on arrival is not at all expected.

Berkley needs to let the team know there are cameras watching their every move so she plans a way to corner them.

As they stood here, looking at the crossroads of the hallways, wondering which direction to go, Troy heard a sound to the left. He turned to see a tall, lean brunette with her hair stuck in a clip at the top of her head, motioning at him. He walked toward her quietly, Axel pushing him faster. She motioned inside a room and disappeared ahead of them. As soon as they stepped inside, she shut the door behind him.

He reached out and gave her a gentle hug, which she seemed more than happy to accept.

Troy was struck by the moment, wondering, and then realized that it wasn’t anything. But because Berkley was a close friend of Tesla’s, she likely knew all of them. Except for him. “And I’m Troy,” he said quietly. “I think we’ve met, but it’s been a while.”

“I’m sorry then,” he said in surprise. “But, if it was at Mason’s, sometimes it can get to be quite a crush.”

“It was, indeed, at Mason’s,” she said, chuckling. “So listen. Things here are ugly.”

“Can you tell us what happened?” Axel said.

“First off, you have to understand that you were picked up on cameras,” she said. “That’s the only reason I know you are here. Jonesy has been monitoring the cameras on the rig and caught sight of you. He got pretty agitated and upset about it.”

“New crew,” she said. “Everybody is on edge. Nobody knows what the deal is, what happened, whether it was sabotage or not. Although they’re not talking either.”

“And yet you seem to think it was sabotage?”

“Definitely it was,” she said. She pulled something from her pocket and held it out to Axel.

He looked at it and frowned. “Part of a C-4 package,” he said, and his gaze hardened as he looked at her. “Where did you find it?”

“Heading to the number one drill that blew up,” she said. “It was tucked at the bottom of the ramp.”

“Nobody else saw it?”

“I don’t think so,” she said. “There was so much chaos, and everybody was racing back and forth. Only later, when I went to take a quiet look, did I see it jammed down on the corner.”

“But how did it get there?”

Troy studied the paper inside and out. “But any sign of C-4 on a rig like this, especially in one of those drill locations—”

“Exactly,” she said. “And maybe they do keep it around. I don’t know. But there was no need for it to be an open package at the site where we had an explosion.”

“Anything else?” Axel asked, tucking the piece into his pocket.

“I saw in my data,” she said, “that a hacker’s been going through some of the emails. I’m running scans right now to see what files he’s been after. So far it seems innocuous, which makes me very worried.”

“Wondering if it’s a cover for a Trojan or something more devious?”

“Yes,” she said. “I’m not the only one working on electronics here. We have a programmer, Bruce, who’s been tracking the electronics controlling the pumps and doing analyses on those. And then we have Jonesy, who’s not necessarily a programmer, but he’s been doing a lot of the same work I was doing, prior to me arriving. So he’s kind of stuck himself to me as my friend, but I think he’s sticking close to see what I know.”

“In order to take your job? Or to see what you might find and whether or not he’s in trouble?”

“No real way to know,” she said. “There are six crewmen total, plus Daniel, the foreman, and Denny, who does the cooking, and I’m the ninth on the rig.”

“I’m surprised you were allowed to stay.”

“I’m the one who needed to stay,” she said. “I definitely found hacking throughout the system.”

“What could a hacker do on a rig like this?” Troy asked, puzzled.

“Cause the chaos he already did,” she said.

“And yet C-4 could easily have caused the chaos anyway.”

“Exactly,” she said. “So, no, I don’t have any answers. What I do know is that somebody has been into the computer files, and somebody blew up one of the drills on this rig.”

“Okay, do you have any suspects?” Axel asked.

“There’s one guy. I call him Idiot but not to his face. His name is Phil. He’s one of the guys here who gives me a lot of trouble,” she said.

“What kind of trouble?” Axel asked.

She took a deep breath. “He’s, … well, he’s the female-beating kind,” she said, “but he’s also one of those power-mad people, who thinks that nobody else can do a job but him. He feels that my job is useless, and, since I’ve been here and haven’t found anything regarding the explosion, I should just take myself off the rig.”

“Outside of personal feelings,” Troy interrupted, “does he have access to do any of the hacking stuff?”

“Anybody with a laptop could gain access,” she said mildly. She glared at him. “And it’s not personal. This guy is one freaky dude.”

“Slimy, skinny, sleazy. But something’s dead in his gaze.”

At that, Troy stopped and slowly nodded. “I’ve known guys like that,” he said quietly.

“I don’t want to know any more,” she said. “Honestly, the worst thought in my mind is that they’re all part of it somehow.”

Troy let out a slow whistle. “That would be a pretty major conspiracy theory.”

“Maybe,” she said, “and I get that it’s probably not fair to everybody here, but Chucky and Winslow are both oddballs. They’ve been working the rigs for fifty years, I swear to God. Probably only forty, I guess. But, listening to them, it’s been at least seventy.”

Axel cracked a grin at that. “And we all know guys like that too,” he said, “but what benefit does anybody get out of blowing up the rig?”

She took a deep breath. “The company was bringing in a new management control team. They would get rid of a lot of people here who were troublemakers.”

“What kind of troublemakers?”

“Come on. Fess up. Let’s hear it all,” Troy said impatiently.

She glared at him. “You forget,” she said, “that I’m an outsider. I’m not one of the crew and a part of things.”

She gave a clipped nod. “Exactly. Three other women were on board, but they’re all gone now.”

“Why did they leave?”

So many things are going on, with the storm complicating things left and right. The discovery of bodies just adds to the suspense and intrigue surrounding the problems on the rig.

I couldn’t put this book down, I was drawn into the story right from the beginning. So many horrible revelations about life on this particular rig, and the things that come out implicate many.

In spite of this or perhaps because of it, Troy and Berkley flirt and he becomes her protector as things get crazier. A simmer to sizzle romance in all the chaos and deceit.

I truly can’t wait to see what sort of mission will grab hold of me in the next book. 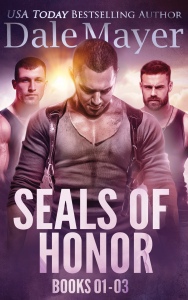 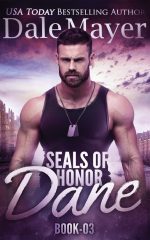 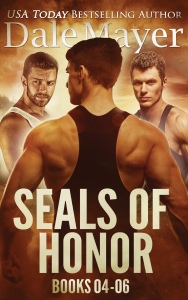 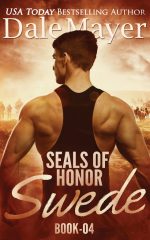 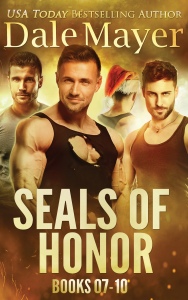 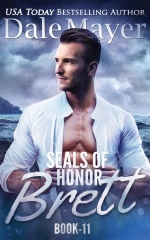 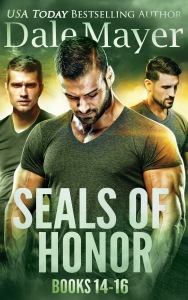 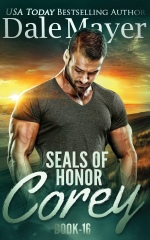 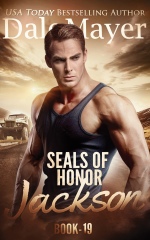 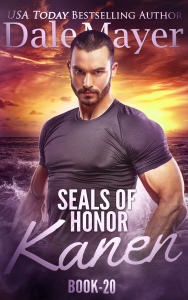 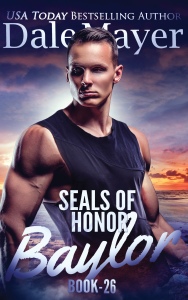