Nora Leslie has survived and thrived. She’s in love, and never have she, Seok, Matisse, Ryan, Cai, and Apollo been stronger. And good thing, too, because Dr. Daniel Murray, the doctor at the heart of an experiment that led to more suffering than anyone should bear, is finally facing the consequences of his actions.

But justice doesn’t come easily. With the upcoming trial bringing to light all the evil he’s done, Nora’s in the spotlight again.

And the sudden attention isn’t on Nora alone. It brings Seok face-to-face with his own past. He’ll have to make a choice. Freedom or blood. Love or loyalty. Stay or go.

But Nora has faith in him, and in all of them. Together, they are strong, and no matter what the future brings, they’ll be ready.

In this series conclusion, the press once again wants to put Nora in the spotlight. They want an interview since Dr. Murray is finally being investigated. Her lawyer Eric Bismarck pulled a fast one and all of them are blind-sided.

Nora stared at Matisse, Seok, Ryan, Apollo, and Cai. They sat at their round kitchen table, gazes steady.

She’d been hoodwinked. Erik Bismarck, her lawyer and Ryan’s former professor, said he was stopping by to check in on her. He didn’t say that while he was here, he was going to lob a bomb.

Narrowing her eyes, she studied her boyfriends, none of whom seemed surprised.

Professor Bismarck folded his hands on the table. “I want you to do an interview with Lucy Merrill for the online paper The Digger. In the months you were gone, things with Dr. Murray escalated. Charges will more than likely be brought against him and the other doctors. His medical license has already been suspended, but he and his lawyers have been in the forefront of every paper and online journal there is.”

“Why me?” she asked. “There were other people in his study.”

“All of them were still enrolled in the study,” Ryan answered. His green eyes were kind and serious and held hers. “The court has ordered them not to speak with anyone. You, on the other hand, are sort of a free agent.”

“An easy target, you mean.” Nora rubbed her forehead and dropped her hand to the table. On the back of her hand, purple lines crisscrossed her skin. She stretched her fingers, watching how her pinky and ring finger didn’t really straighten. After her motorcycle accident over Thanksgiving, they probably never would, no matter how much occupational therapy she did.

“If you want to call it that.” Bismarck didn’t mince words. “He’s trying to deflect attention away from him and his study and put it back on you. It’s not fair. It’s not right.”

“All of this will come out in a trial,” she argued, gaze landing on each guy.

Matisse shrugged one shoulder. “One would hope.”

“Yes,” Bismarck agreed. “We hope. But there’s no guarantee. And not to sound crass, but shit rolls downhill. Ryan is about to start law school at CCSL—”

“Erik,” Ryan interrupted. “I don’t need her to do an interview for me. That wasn’t what we talked about.”

“Well, you should have thought about that, Valore. You have to think about perception now.”

Seok stood so fast his chair scraped against the floor. “I am the only one responsible for my actions. Nora owes us nothing. Relying on public favor is foolish. Their opinion changes from one second to the next, and nothing she does will change that. We stick to the facts. Nora is a hero. During a school shooting, she saved lives. After that, people with more power than her tried to take advantage of her position. The end.” He pushed his hands through his hair, leaving them linked behind him as he glared at the rest of them.

If she had been in Seok’s position— if he were the one being asked to talk to the public in order to salvage their reputations— she would say the same thing. She would say, “Don’t worry about me. I can handle it. All that matters is you.”

But that wasn’t her position. In her position, she actually appreciated Bismarck outmaneuvering her and the guys.

She’d do whatever it took to make sure the guys weren’t affected by the poor choice she’d made when she agreed to join Dr. Daniel Murray’s study.

“I’ll do it.” Forcing a smile she didn’t feel, she met all their stares. Ryan shook his head, Matisse leaned back in his chair, arms crossed, and glared. Apollo pulled his glasses off his face and flung them onto the table. Cai showed no emotion, but the muscle near his ear ticked, a sure sign of his discomfort.

And Seok. Seok watched her with the saddest expression she’d ever seen. “You’re not responsible for what people think, nae sereang.”

No. But she was responsible for them. They were a gift, and she’d do anything to make their lives easier— better. Just like they’d do for her.
Ripley Proserpina. Finding Unity: The Searchers Book 6 (Kindle Locations 54-85).

This book also centers around Seok and Nora. He has to deal with some issues he’d rather avoid. He is so very in love with Nora but his family would never approve of their relationship. He’s being very closed about everything and Nora wants the answers.

Nora starts back to work, there is public reaction to her interview, Seok finally talks to her, and so many revelations and surprises. There is plenty of sizzle, laughter, tears and so much more that had me turning the pages.

The perfect conclusion to this series. Thank you, Ripley for this journey. 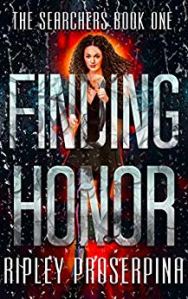 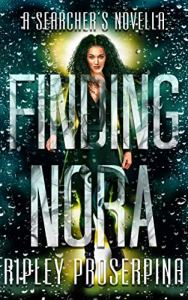 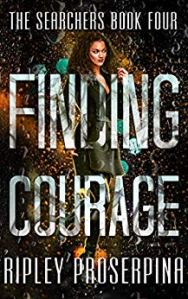