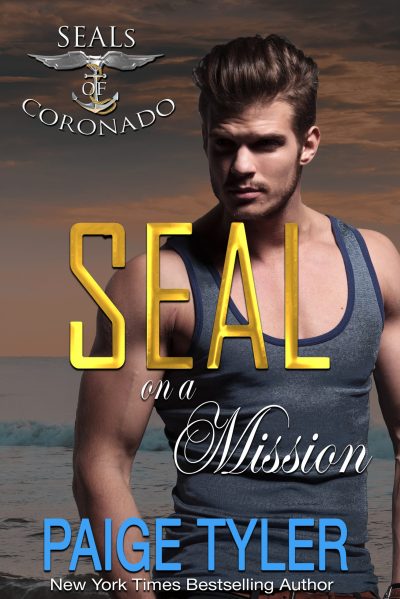 He’s used to the danger zone.

Navy SEAL Wes Marshall is used to nearly dying on a daily basis. But there are worse things than living life in the danger zone. Namely, the friend-zone hell where he currently resides. It was his own damn fault. Considering the woman of his dreams was going through her own personal hell of her father’s murder trial, Wes thought she needed a friend more than a boyfriend. However, as the trial languished on, so did Wes’s opportunity to ask her out. But now the trial is over and more questions are unanswered than before—questions that might get them both killed before they can go on their first date.

Not the friend zone.

Kyla Wells isn’t going to let the man who murdered her father go free. As an IT specialist capable of hacking into the CIA itself if need be, she’s hell-bent on finding out what the San Diego DA’s office couldn’t—or wouldn’t—why her father was murdered. Her best friend, drool-worthy Wes, isn’t going to approve of her investigating. Especially when the data she finds leads her into way more danger than a murder…dropping her into the middle of an international arms deal with the terrorists Wes’s SEAL Team has been trying to capture for months. She’s worked too hard on finding her father’s killer to die now. Besides, she’s going to tell Wes how she feels about him—right after they save the world.

Kyla is furious, her father’s murderer just got off and she is not happy about it. The man needs to be taken down and she’s just the one to do it. Fortunately her best friend and Navy SEAL Wes isn’t going to let her throw her life away in such a manner. In the process he just manages to get himself in trouble, but in his mind it was worth it to save her.

Moving nearer, she steadied the gun with both hands and started pulling the trigger.

“You don’t want to do that,” a soft voice said from behind her, and Kyla knew without looking who it belonged to.

“They’ll be no way to cover it up and you’ll be the one who goes to prison, not him,” Wes added. “Is that what you really want?”

Grip tight on the gun, Kyla moved a little to the right so she could see Wes out of the corner of her eye while still keeping most of her attention on Nesbitt. She had no idea how Wes knew she was there, but him showing up wasn’t going to change anything. She couldn’t let it.

“If I go to prison, it will be worth it.” She glanced at Wes, the worried look on his face almost enough to make her rethink what she was doing. But she firmed her resolve. “You should leave. I don’t want you to get involved in this.”

But instead of leaving, he moved closer, putting a gentle hand on her shoulder. “Please don’t do this. I know you think it’ll help you feel better, but I promise you it won’t. Afterward, you’ll be stuck living with the consequences. Your father will still be dead and you’ll miss him just as much, except now, you’ll be in prison and your mother will have lost both of you.”

Of all the stuff Wes had said, the part about her mother was the one thing that hurt the most. She hadn’t given a single thought to what all this would do to her mom.

Hands trembling, she took her finger off the trigger and slowly lowered the gun. Then Wes was there, carefully taking the weapon from her. A few feet away, Nesbitt was regarding her with something that might be compassion in his eyes.

“I’ll testify against Stavros,” he said.

Wes looked at him sharply. “Why would you be willing to do something like that now when you wouldn’t before?”

“I wasn’t lying when I said Stavros killed her father and set me up to take the fall.”

Nesbitt opened his mouth to say more, but nothing came out. A moment later, he stumbled backward. Kyla stared in confusion as blood ran down his face and along the side of his nose. That’s when she saw the bullet hole in his forehead.

Before she could even wonder who shot him, Wes’s arms were around her and he was hustling her toward one of the stone stanchions that supported the railing. A split second later, a bullet slammed into the stonework near her head. Chips of rock peppered them and she let out a little scream as another bullet hit the big picture window behind them, shattering it.

Cursing, Wes urged her closer to the stone stanchion. Gun in hand, he went up on one knee, firing out into the darkness.

Everything slowed as Kyla glanced over at Nesbitt. He was lying on the patio, staring at her with lifeless eyes as blood still trickled from the bullet wound. She shuddered. Was that how her father looked right after Stavros killed him?

“Do you have another magazine?” Wes asked.

She flinched as another bullet hit the concrete near them and skipped off into the back of the house. “Another what?”

“Do you have more ammo?” He fired toward the wood line beyond the patio again. “I’m almost out.”

When she shook her head, Wes frowned. “We can’t stay here. Once I’m out of ammo, we’re dead. On my say, we’re hauling ass for the house. You go first. I’ll cover you.”

Meaning that any bullet coming her way would have to get through Wes first. She didn’t like that idea at all.

“On three,” he said when she opened her mouth to argue. “One…”

“Freeze!” a man shouted from somewhere beyond the patio “This is the La Jolla Police Department. Drop the weapon and get on the ground! Now!”

Kyla blinked. How was she supposed to freeze and get on the ground at the same time? Not that it mattered one way or the other since Wes still had an arm around her waist and didn’t seem interested in letting her go.

“There’s a sniper in the woods,” Wes shouted back.

Unfortunately, the police didn’t seem to believe that.

“Last chance,” the cop warned. “Let the woman go and drop the weapon now or we will shoot you!”

Kyla tensed, ready to beg Wes to do what the cops were telling him, but her pleas weren’t necessary. Taking his arm from around her, Wes carefully placed the pistol on the patio and kicked it aside, then lay face down on the ground. Kyla was about to join him, but all at once, there was a police officer at her side, whisking her away as another cop moved over to check on Nesbitt. Shaking her head, the cop stood and aimed her gun at Wes as two other officers put cuffs on him.

She expected Wes to tell them that he wasn’t the one who shot Nesbitt, but instead he kept saying she wasn’t involved in any of this, that he’d brought the gun and made her come to Nesbitt’s with him.

As the cops yanked him to his feet, Kyla opened her mouth to say that wasn’t true, that the gun was hers, but he pinned her with a look, his gaze telling her without a single word that she needed to stay quiet. And even though that made her feel like absolute crap, that was exactly what she did as two cops led Wes to a patrol car while another asked if she was okay.
Tyler, Paige. SEAL on a Mission (SEALs of Coronado Book 7) (pp. 31-33). Kindle Edition.

Things start to heat up for Wes and his SEAL team, as mission after mission is compromised. The CIA and SEALs are blaming each other and working together becomes more tense by the second.

On the home front, Kyla gets her father’s personal effect back and makes a startling discovery. Her father obviously had many secrets that were dangerous. While not sharing that information with Wes, she does involve her two hacker friends. The three of them work well together and more than once have gathered enough intel to put bad guys away.

Wes finally asks Kyla out and a romantic dinner ends with some sizzle and Wes going wheels up right after. Not the best way to up a relationship status. However this would help him know if Kyla could be with him for the long haul.

Let’s just say Kyla manages to find all sorts of interesting information and trouble finds her.

Once again Paige Tyler takes us on a page-turning, adventure, with Action, romance, sizzle and so much more! 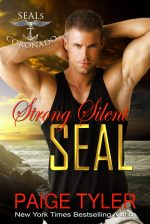 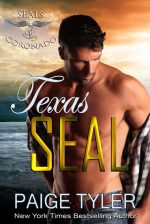 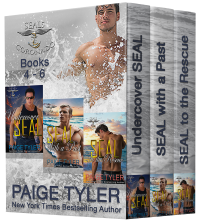 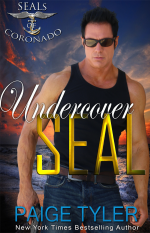 Paige is a New York Times and USA Today bestselling author of sexy romantic suspense and paranormal romance. She graduated from The University of West Florida with a degree in education in 2000, but decided to pursue a full-time career as a writer in 2004. Since then, she’s written over fifty books in several genres, including paranormal, contemporary, western, sci-fi and erotica. She loves writing about strong, sexy, alpha males and the feisty, independent women who fall for them. From verbal foreplay to sexual heat, her stories of romance, adventure, suspense, passion and true love will leave you breathlessly panting for more.