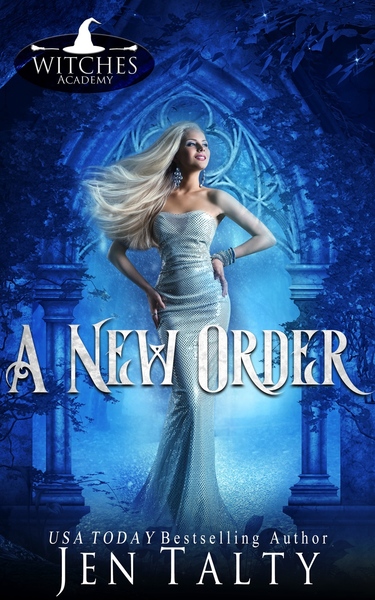 Harnessing her powers as a witch was easy, being the princess of the New Order was something no academy or amount of training could have prepared her for.

Cinnabar (Cinn) Knight understood that her parents and her aunts and uncles were the glue that held the collective order in place. Growing up, she accepted she was different, but she had no idea how special, or how powerful she’d become. Not only that but no matter how much training she’d received, she was ill-prepared to become the princess of the New Order. Worse, that her prince, Axel Grove, the arrogant bodyguard assigned to keep her safe from the Elite Brotherhood and those who wanted to the balance of psychic power to fall in the wrong hands, thought she wasn’t capable. As a matter of fact, he believed she was nothing but a spoiled witch who didn’t have what it took to lead the New Order into the future and beyond.

What do eight enchanted witches have in common? They’ve all attended the Witches Academy of Sorcery in the Big Easy, the foremost school of magic in the world. From coast to coast, each of these bewitched women will work at becoming who they are meant to be, using their powers to the fullest capacity.

Cinn has a life away from Lake George and her family, NY city is exciting and her modeling let to a role on a daytime drama. Now she’s been summoned home, the event they’ve been waiting for is close to becoming reality. Cinn has always been a strong witch but she’s out of practice. Something she’s not willing to admit.

Axel is a werewolf, he’s also Cinn’s mate. He’s been trying to move on since Cinn left to pursue her dreams but he loves her still. Her parents sent him to pick her up at the airport and Cinn is not happy. Axel is the one who chose to stay behind, he could have done his art in the city and stayed home instead of keeping them together.

These two have to find common ground or they will lose the coming battle. There’s also Cassidy who Axel has been seeing, he’s been thinking in terms of not having his mate and settling for less. She has different ideas and isn’t happy Cinn is back.

For years, she’d tried to get him to go to the city and be some kind of starving artist. But that wasn’t who he was and had nothing to do with protecting his pack and following a long-honored tradition. He was proud to be of one of the oldest packs in North America. The Lost Keepers had a long history in the Adirondacks, and he wouldn’t dream of leaving the land of his ancestors. It wasn’t just about doing the right thing; it was about being a part of something bigger.

“I still paint, and I have my own dedicated studio. I’ve even sold a few pieces.” He sat up tall, puffing out his chest. He might not have made a million or had any kind of showing in some big gallery. However, a few pieces hung in a local hotel and the owner had asked him to do a few more.

It wasn’t much, but he’d gotten a lot of gratification from knowing locals and out of town guests alike would be able to appreciate his work.

He shook his head. “I have everything I could ever want right here, at home. Why can’t you understand that?”

“I won’t be staying here forever,” she said softly, looking down at her perfectly manicured fingernails. They were long with light-blue, sparkly polish.

He used to love how they felt digging into his back and tickling his spine, but those days had long since passed.

“You made that abundantly clear when you made me chose between you and my family.”

“It never had to be that way.” She took his hand, lacing her dainty fingers between his thick ones, curling them together, creating heat, sending it right to his heart. “I didn’t choose between my family and career.”

“But you did. You just haven’t realized that’s what you’ve done.” He sniffed.

Cinn yanked her hand, stood, and spun. “What is that beast doing here?” She snarled, almost as if she were the werewolf.

Cassidy strolled into the moonlight.

Axel had to admit, the wolf was a beautiful creature with her shoulder-length, auburn hair, green eyes, and tall, lean build.

But she wasn’t the mate for him.

No matter how much he wanted to get Cinn out of his mind, heart, and soul, there was no replacing her.

“I heard you were back.” Cassidy stood behind the rock, resting her human hand on his shoulder.

He should shrug it off, but he didn’t. Leading Cassidy on would only cause her heartache in the long run, but he couldn’t bring himself to take a step away.

“How long are you staying?” Cassidy asked.

Other than the warriors in his pack, very few knew the real reason for her return. He stared at Cinn for a long moment, both seemingly searching for the right answer, unsure of what that might be.

“You’re not going to like this,” his father’s voice cut through his brain like a hot branding stick. “But you’re going to have to tell her—”

“Not the point. I don’t want everyone else thinking we’re together.”

“Ouch. That hurt.” Cassidy shook her wrist. “What the hell did you do that for, witch?”

“Because I don’t like your paws on my man.”

Axel could hear his father laughing in the distance.

“Your man?” Cassidy asked with disdain dripping from every syllable. She glanced over at Axel.

He exhaled through his nostrils. “Cinn wants to discuss the possibility of us getting back together.” He nearly choked on the lie. “I should have told you.” He really didn’t owe Cassidy anything. They had no ties to one another other than her family was well respected in the pack.

“And you’re considering this?” Cassidy took a step back.

“Cinn and I have a history. Our families are connected.”

“We belong together.” Cinn inched closer, resting her arm over his shoulders. She smiled, pressing her lips against his cheek.

“You’re making a big mistake,” Cassidy hissed. “She’s going to rip your heart out. Again. And then run off to her city and her show and leave you licking your wounds and I’m not going to sit around and wait to pick up the pieces.”

“I’m not asking you to,” Axel said, letting out a long breath, putting a little space between him and Cinn. “I’m sorry, Cassidy.”

“Right.” She took off running toward the woods. No doubt, she’d shed her clothes and change.

Seconds later, he heard her howl at the moon.

“You didn’t have to be so cruel or rub it in her face so harshly.”

“Are you seriously going to tell me you’d consider a life with her? You’d be satisfied leading your pack with her at your side?”

“Do you have someone else in mind?” He grabbed her wrist and yanked her to his chest, his lips so close to hers he could feel the heat pouring from her pores. He licked his own, staring into her blue orbs, daring her to kiss him.

“That’s not what I meant,” she said so softly he could barely hear her.

He tried to tell his body to stop, but even his mind wanted to taste her, even if for one tortuous moment. He pressed his mouth over hers, slipping his tongue inside with a broad stroke, finding every tasty crevice. Every muscle in his body ignited with a million firecrackers. “What did you mean, exactly?”

“I don’t know,” she whispered. “She’s always just made me crazy. Ever since we were little, she’s told me she was going to steal you away from

He let go of Cinn’s arms and stuffed his hands in his pockets. “I don’t belong to you anymore. You made that clear. If I want to be with her, that’s my choice. But for the sake of the future of the New Order, I will do my duty and fight alongside you to defeat Zelig. If we die, we die. If we don’t, you are free to go back to your life doing whatever it is you do, and I will choose whoever I want to lead my pack with me. Is that clear?” He didn’t wait for an answer. He wiped his lips and strolled off toward the woods and back to his home.

Axel and Cinn are going to her family’s private island to reconnect and work to strengthen her powers. Some new things pop up and then there’s the problem of the upcoming battle with Zelig.

Plenty of heat in this book, Axel and Cinn are mates and when it comes right down to it neither one of them wants to settle for less than the love they share.

Not so much action as planning and trying to figure out who to trust. Finding ancient artifacts and unlocking key elements are key in their battle.

This is not the end. The New Order needs to have all the Queens, and Cinn with Axel as her King is only the first.

I can’t wait to read the other books in this series. 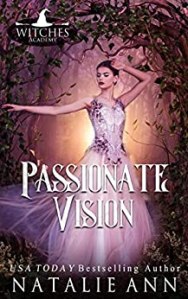 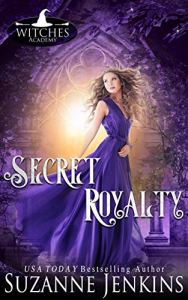 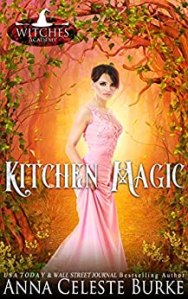 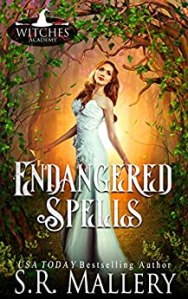 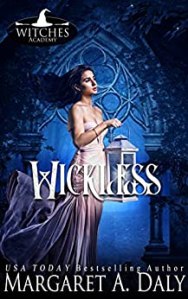 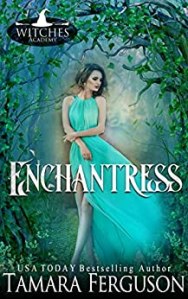 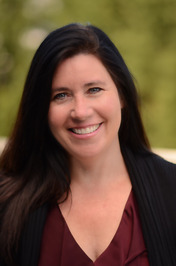