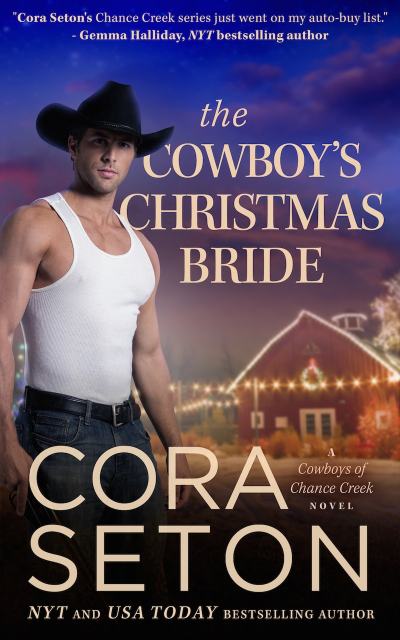 After traveling around the globe for over a year, Cole Linden is more than ready to return home to Montana, so when his fiancée, Sunshine, suddenly cuts their trip short and books them flights back to Chance Creek, Cole feels like the holidays have come early this year. He hopes she’ll love the present he bought her: a restaurant space downtown. If only he can transform it into the sleek, modern style she likes before Christmas, maybe she’ll finally agree to set a date for their wedding.

Sunshine can’t believe she’s pregnant, but she is, which means it’s high time to get back home. It also means she needs to re-think her career goals. She can’t run a world-class restaurant in tiny Chance Creek—especially not with a baby. So Cole will have to be the breadwinner of the family. Which means he needs a ranch. Luckily she’s found one. Three hundred acres of prime ranch land and a wonderful—if dilapidated—house. With Christmas looming, she’ll need to race to turn it into the comfortable family home they’ll need as soon as they get married.

But when a delayed flight results in the loss of their hotel room, Cole and Sunshine realize they’ll have to couch surf through the holidays. Staying with each of their friends in turn leads to a series of revelations that might undermine their relationship for good. Can Cole and Sunshine make it until Christmas?

Or will this be the holiday that ends it all?

Cole and Sunshine have been traveling the globe, getting to know each other better and enjoying learning about world cuisine and cultures. Now after years of travel they are heading home to Chance Creek, hopefully to stay.

While they are both excited to return, they are both keeping secrets. In an unexpected twist, they run into one of Cole’s old girlfriends at the airport, Fran is anything but subtle as she describes that relationship. Although Sunshine knows her relationship is secure, doubts creep in.

Once in Chance Creek, their reserved hotel room has been given away, this is a favorite scene.

She opened her eyes, took in the drab facade of the motel and nodded. Without a word she undid her seatbelt, gathered her purse and stepped out. Cole joined her, taking in her ridiculous but beautiful high-heeled leather boots. She’d likely break her neck on the ice before they reached the front entrance. When he went to take her arm, Sunshine smiled at him, but that didn’t dispel the tiredness that etched her face. He needed to get her to their room, fast.

They walked in silence to the lobby where a woman greeted them with a frown. “Sorry, folks. We’re full up, just like the sign says.”

“We have a reservation,” Cole said. “Under the name Linden.”

The woman was already shaking her head. “Like I said, we’re full up. Everyone’s already checked in.”

“We have a reservation.” He couldn’t keep the steel from his tone. “Look it up.”

“Okay, Mr. Linden.” She typed into her computer and shrugged. “I’m sorry. Just like I said.”

Cole braced his hands on the counter. “We have to be in there. We’re a little late, but—”

She pursed her lips and typed some more. “You’re more than a little late, Mr. Linden. Your reservation started last night.”

“We got held up at the airport.”

“It’s a shame you didn’t let us know. We could have held your room. Instead we gave it to someone else.”

Anger boiled up inside Cole. “Like hell. I reserved that room for two weeks!”

“And you didn’t show up or notify us of your change in plans. We didn’t charge you.” The woman shrugged again.

The woman folded her arms over her chest. “We’re fully booked, Mr. Linden. I think you’ll find most places are. You might try Billings—”

“I’m not driving two hours to find a motel.”

He clamped down on the urge to swear. She was right. Guilt swamped him again at the unhappy expression on his fiancée’s face.

“Isn’t there someone you know?” she asked.

He’d never seen her so pale and drained, even in the deepest jungle or on the most forbidding mountain. Maybe Sunshine was getting ill. If so, he couldn’t waste time arguing. “Take a seat,” he told her and waved at the armchairs positioned by the window. “I’ll find us somewhere to go.”
Seton, Cora. The Cowboy’s Christmas Bride (Cowboys of Chance Creek Book 9).Kindle Locations (231-248). One Acre Press. Kindle Edition.

From the moment Cole finds a room for them at Ethan and Autumn’s Bed and Breakfast you know this is going to be an interesting couple of weeks. They will only have this room for one night, then other friends step up and offer a room a night, right up to Christmas.

The thing is, Cole has bought a restaurant for Sunshine. It needs a lot of work before Christmas and his friends offer assistance in the project. He wants her to have what she wants, he also has to find a home for them. He isn’t kicking Scott Preston out of the apartment attached to his rifle range. He’d done so much while Cole and Sunshine were traveling.

Sunshine’s surprise is twofold, she is pregnant and she’s bought a ranch for Cole sight unseen. A ranch that Carl Whitfield wants to buy so badly he’s offering double the amount paid in cash. This has Sunshine questioning herself and Cole even as she and the other women start making the house livable.

Much hilarity as they make up excuses for not being where they said they were. That leads to a rock band and the guys taking dance lessons.

A fun read, with renewed friendships, new goals, and lots of love. Now I have to see which series I haven’t completely read. I love Cora’s books! 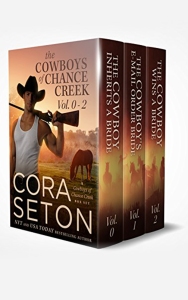 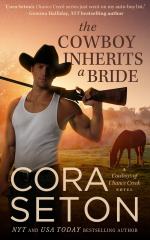 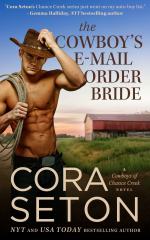 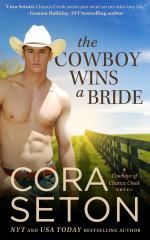 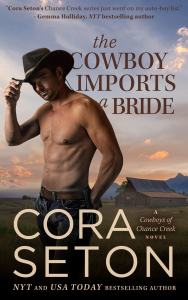 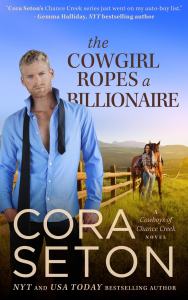 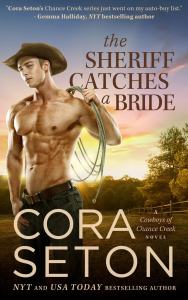 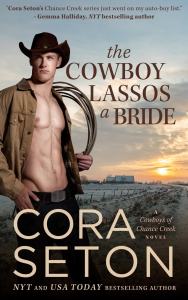 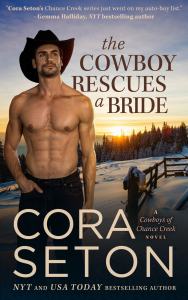 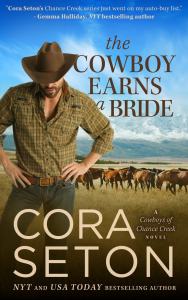 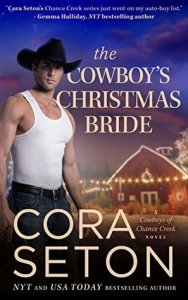 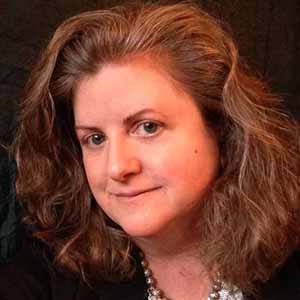