Madam Alexa learned the hard way to stay away from the opposite sex. She deals with men and takes their money, but doesn’t fall for them. Ever. And, she certainly doesn’t screw them—that is, until a billionaire Texan, who proposes a male virgin auction, catches her attention in every way possible. If the deal works, she’ll make enough money to retire and walk away from everything—no regrets..

Brooks Taylor hates deceiving, but he has no other choice. He’s ready to expose the dirty scheme he believes Madam Alexa runs in her glorified brothel. After all, his sister died because of Alexa’s sordid business. But, keeping his mind off Alexa and his hands and his cock to himself becomes more difficult the longer he works with her. When he learns she’s not the villain he believed her to be, it’s too late to come clean. But, stopping the sizzling attraction pulling them together is… impossible.

Brooks Taylor is determined to find out what really happened to his sister. He doesn’t accept she lost control of her car, she was too good a driver for that. He discovered she was going to sell her virginity at a Madam Alexa auction and that’s where he’s going to start looking.

Brooks approaches Madam Alexa with a twist on her Auction, a male virgin. The idea intrigues her and they start planning. At the same time Brooks is trying to gain access to information about his sister.

Alexa finds a picture of Pamela and confronts Brooks as to why he has pictures of one of her auction candidates. She is appalled that he could even think her auctions weren’t safe but agrees to help him put together her last hours.

There is plenty of sizzle in this book as Alexa and Brooks get closer in spite of themselves. Every clue adds another twist into the mystery as well.

This one truly kept me in suspense until the end. 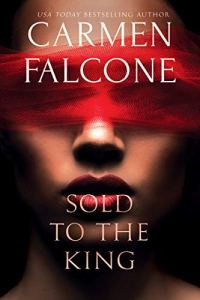