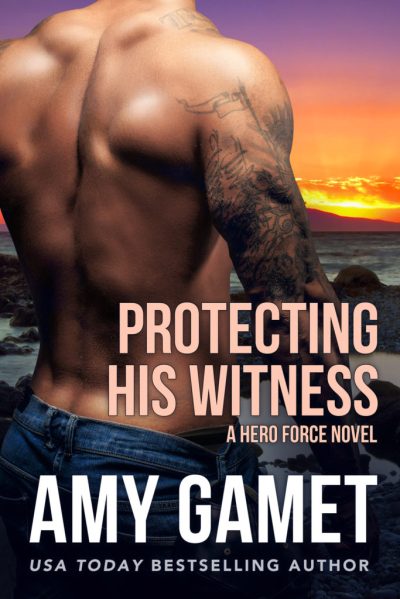 Scientist Summer Daniels is a witness to a bombing by an ex-employee who now wants her dead. Luke “Wiseman” Arroyo is a broken Navy SEAL on the verge of quitting HERO Force who must now stay and protect her. They’ll work together to find a rare element stolen during the attack, but Luke’s hiding a bombshell secret that could detonate a lot more than the explosive chemistry between them.

This book opens with a literal BOOM! A bomb has gone off in the testing area of Daniels Aerospace. Summer Daniels had been up in the office watching when an alarm went off, she was racing down the stairs when she collides with a former employee Steven Galbraith, just before the blast. In the aftermath she is almost run down by a van driven by that man. She’s a witness, she knows what he’s done. Now with the death of their chief engineer and the discovery the rare element needed for the testing is gone the demise of her father’s company was an almost certainty.

Fearing for her safety she recalls the article her father pointed out to her. A security company HERO Force run by former Navy SEALs is now operating in NY. Her brother Edward was a SEAL, one who didn’t survive. Perhaps they could provide both her father and herself with the protection they need and also help them find the stolen element.

Luke ‘Wiseman’ Arroyo was in the process of quitting his job with HERO Force. His boss Mac was trying to talk him out of leaving when he’s interrupted by the intercomm announcing a Summer Daniels to see him. Luke immediately recognized the name, Edward ‘Buckeye’ Daniels’ sister, his pen-pal for a while. No way was he leaving now, he had to know what brought her to them.

The phone rang loudly on the stereo speakers.

It was Mac. “We’re going to stop at the diner and get some coffee while you grab the dog. You want anything?” he asked.

Luke hung up, driving over the hill before turning onto a dirt road that ran along a creek. This was his sanctuary, and while it felt strange to bring her here, it was stranger still that he wanted her to see where he lived. No one but Mac had been to the cabin in years, and even he hadn’t been invited.

“What were you going to say?” she asked.

“I forget.” His cabin came into view, the fist of tension that held his nervous system in its grasp finally releasing as he pulled into the unplowed drive. He turned to her. “You want to come in for a minute?”

He opened the car door, getting hit in the face with a biting wind. The dog barked loudly as they made their way through the snow. “You like dogs?”

She bared her bottom teeth warily. “Cute little puppies? Yes. Ferocious beasts? Not so much.”

“Zeke is only ferocious to bad guys. He’s a sweet puppy dog to everybody else.” He unlocked the door.

“Yeah, I’ve had him since my SEAL days. He was in Afghanistan with our team.”

She was looking at him strangely and he cocked his head to the side. “What?”

“Is this my brother’s dog?”

Crap. How could you forget that?

Buckeye had been the dog’s handler. He’d even wanted Zeke to come back to the States with him after their tour was through, or whenever the navy was done with the animal. But Buckeye died and Zeke wouldn’t listen to anybody else. He was bordering on being a danger to their own men.

The large German shepherd had good instincts, bred and raised to be a fighter, but those days were done. Mac had pulled some strings and had Zeke transferred to Walter Reed to be with Luke under the pretense that he was some new kind of therapy dog.

The animal couldn’t have come at a more crucial time. It was his relationship with that dog that damn near saved his life. After what happened, Luke had struggled, barely alive. It was the angry dog without his handler that had given him a purpose, the slow battle for Zeke’s respect that had brought him back to life.

He opened the door, commanding the dog to heel. Zeke sat, his eyes locked onto Summer.

“Is it okay if I pet him? Edward said only the handler is allowed to touch him.”

“He’s retired. You can pet him all you like.”

She got down on the ground, taking his face in her hands and stroking his thick fur. “Hello, baby.”

The dog whimpered and licked her face, something Luke had never seen him do, then the dog rested his head on her shoulder as if he were giving her a hug.

“Yes, sweetie. It’s okay.” She wrapped her arms around the dog, saying soothing words as Zeke continued to whimper.

“I feel like I know him, too. My brother used to talk about him all the time. That’s all we ever heard about. Zeke, the weather”—she lifted her eyes—“and you.”

He swallowed against the tightness in his throat. What was this woman doing to him? She’d already cracked through the shell most women didn’t get through, ever. And while he knew her relationship to Buckeye would be his downfall, he also understood it was that relationship that had allowed her to break through that barrier.

Her voice was wistful. “Edward wanted to keep him when he got back to the States. I wondered what happened to him.”

“Been right here the whole time.”

She met his eyes, the look she gave him stirring something deep in his gut. “You have, haven’t you?” She smiled.

His throat was working, conflict churning in his gut.

This was his house, that was his dog, and right now Summer felt a hell of a lot like his woman. It was a good thing Mac was less than a mile away waiting for them to return, or else he’d be sorely tempted to make his second bad decision in as many days and take her into his bed.

Really? After what you did to Buckeye?

Luke turned away, moving to the kitchen and busying himself with Zeke’s food and supplies, throwing a small bulletproof vest emblazoned with K-9 ZEKE into his pack. He felt Summer walk up behind him. He’d always been able to feel people, their presence seeming to change the atmosphere in the room even before he could see them.

Summer made everything feel golden, sun-kissed, just like her name. She touched his arm, tingling pleasure shooting up it and down his spine. He wanted it to continue, wanted to turn around and touch her like she was touching him, and then some.

“This is so much more than I expected,” she said. He was fighting for control, fighting to do the right thing when he desperately wanted to throw right and wrong over a goddamn cliff. He closed his eyes. “The dog?” “Everything. HERO Force. You. I didn’t want to come to you guys for help, and already I don’t know what I would have done without you.”
Gamet, Amy. Protecting his Witness (Shattered SEALs Book 1). Kindle Locations (646-676). Kindle Edition.

Even with all the things that need to be solved, there is no denying the chemistry between these two. However Luke is going to have to come to terms with a lot of emotional baggage.

Summer is more than determined to break through Luke’s walls not knowing what will be revealed.

I loved this book so much, the dog, Zeke, the memories and the simmer to sizzle romance is perfect. 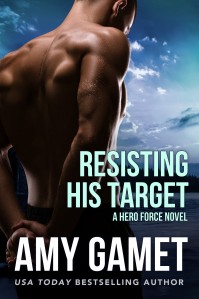 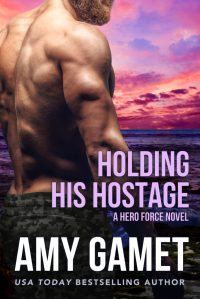 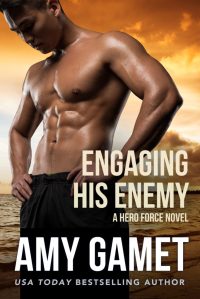 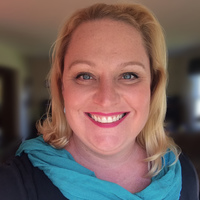 Amy Gamet is a USA Today bestselling author who lives in upstate New York with her husband, children, too many pets and the occasional litter of foster animals. She likes to swim in the sunshine, make jewelry, and lobbies professionally for household remodeling projects. She owns an unusual number of brightly colored T-shirts and black yoga pants, and her children always ask who’s coming to visit when she runs the vacuum cleaner.