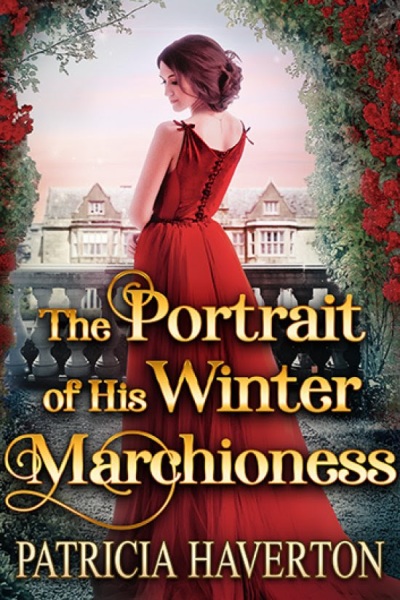 People usually fall in love.
But some people were born in love.
Already. And always…

Miss Annabelle Fernside’s dreams of one day becoming a famous painter turn to ashes when her father pressures her to marry. Watching everything she has worked for crumble before her eyes, she is determined to make this courtship fail at all costs.

Phillip Caney, the Marquess of Cottenhorn, has been drowning in sorrow ever since he lost his wife and son at childbirth two years ago. The sole heir to his father’s title, his parents arrange his marriage to force him to take on his responsibilities. However, his resolve to undermine the deal crumbles the moment he meets his intended.

Like an ominous storm cloud, anonymous letters tear through Annabelle and Phillip’s budding love. When Annabelle disappears a wet trail is the only thing she leaves behind, and Phillip must watch his life turn to ashes in order to get to her in time. For the past didn’t have a choice then, and it wears hatred like a cruel second skin.

Phillip Caney the Marquess of Cottenhorn faced a devastating loss when his wife and child died during the birthing. He has never truly recovered and while he doesn’t wish to marry again he knows it’s his duty to produce an Heir. He’s just really not in any hurry to do so.

Annabelle Fernside is a talented artist who dreams of having her work displayed in a Gallery. She realizes this may be a dream out of her reach since women of this time are expected to marry, give birth and run the household. Her father a retired General is pressuring her to marry. She is enduring the courtships of a couple of gentlemen found by a matchmaker. They don’t have an interest in the arts and she really wants a match she can discuss such things with.

When Phillip’s father has a heart attack, the time has come for Phillip to marry. He can’t promise his heart to anyone, he buried that with his wife and child. Any woman chosen will have to accept the union will be one of convenience only.

Annabelle’s parents are friends with the Duke and Duchess of Weavington, General Fernside served in several battles with the Duke in the Napoleonic Wars forming an unbreakable bond. As such they are aware of the Duke’s condition and receive updates from the Duchess regularly. This latest missive contains a surprise, the Duke and Duchess are proposing a match between Annabelle and Phillip. Such a match would not be proposed by their matchmaker, and it is one that they can’t help but think is perfect.

As their courtship begins, Phillip sets a stage of challenges to Annabelle to show her what she’s getting into. Their first outing is a prime example where he insists on her riding next to him as he drives the barouche. Their destination is also designed to shock or dismay. The ruins of a ‘haunted’ priory, which most would find off-putting Annabelle instead finds delight, as she sees it through an artist’s eye.

The carriage turned once more and they made their way through a bumpy side road at the end of which was a clearing. When they exited on the other side, Annabelle gasped. Before her stood the ruin of what once must have been a truly impressive building. A tower still stood, but a part of it had crumbled away. A window remained intact and the glass within reflected the late morning sun.

Around the tower was what remained of a wall, partially overgrown with weeds. The structure was both eerie and magical at once.

“What a treasure!” She exclaimed, evidentially to the surprise of her companion, for he looked at her with amazement.

“Do you really think so?”

He cleared his throat as the horses came to a stop. “It was a priory once upon a time. Built in the 12th century by William de Cuniac, I believe. After the Dissolution, it fell into the hands of my ancestor, the first Duke of Weavington. I’m sorry to say it was allowed to fall into disrepair and then caught on fire during the War of the Roses. Fiery arrows did most of the damage, and nature did the rest. At some point my ancestor allowed the citizens of the village to use the stones and wood to build their houses.”

“What a shame,” Annabelle sighed. “But what remains is beautiful. Don’t you agree, Mama?”

Her mother shook her head. “I think it rather ghastly. And fear-inducing. I shan’t sleep after laying eyes on it, I declare.”

Annabelle looked at the Marquess and grinned. Leaning in she whispered. “She is a little dramatic, my dear Mama.”

This caused him to chuckle. “As is mine. She refused to eat dinner the one time I brought her out here. Claimed it had upset her stomach so much not a bite would go down.”

“I suppose that is why they are such good friends. An equal tendency toward over-exaggeration.”

The two exchanged a look and something odd happened to Annabelle. Suddenly, she saw him as something other than an obstacle to her dreams. Something more than the cause of this sudden divergence in her life’s path. She saw him as a person, one she’d once called a friend. And one she was supposed to one day soon call husband.
Patricia Haverton. The Portrait of His Winter Marchioness: A Historical Regency Romance Novel (Kindle Locations 1091-1109). Patricia Haverton.

This will not be the only time Annabelle surprises Phillip with her reactions. Phillip becomes a bit disconcerted by his reactions to this lovely woman he is to marry. He finds himself feeling guilty for enjoying her company and the repartee between them.

There is someone who isn’t so pleased with this match as becomes apparent with letters showing up in the manor.

A bit of mystery and intrigue in a delightful tale of rediscovering love. 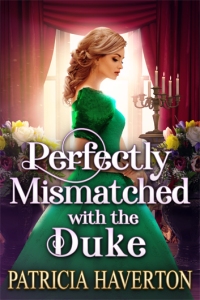 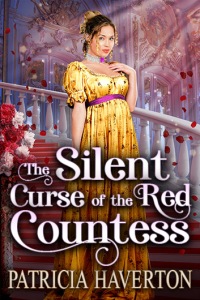 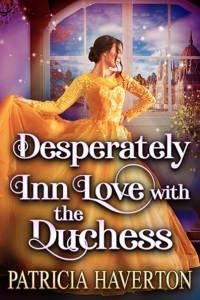 Born the oldest of three children, Patricia Haverton grew up believing that she’d follow in her father’s footsteps and pursue a career in science. However, her worldview changed when she decided to explore her British mother’s roots. The trip to her ancestral lands solidified her conviction that she had found her true calling in the romanticism of the Era of Kings and Queens.

A hopeless romantic and a firm believer in the idea of soulmates, Patricia changed the course of her life and decided to get her degree in Creative Writing and Psychology. As she jokingly says ever so often, “she lives in the past now, where love shows the way and Dukes save the day!”

When she’s not weaving tales of love that prevails, Patricia enjoys spending time with her husband, roaming the British countryside, where they have been living in for the past decade.

Now would be the time to let yourself go and experience the true magic of the Regency Era! Let your imagination run wild, live amazing adventures through the eyes of brave heroes! Like the legendary wise wizard, Patricia will be your guide!