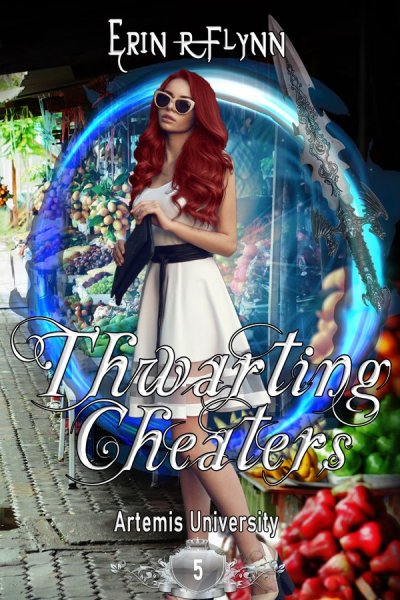 My name is Tamsin Vale and I’m the last known fairy. Someone found out and that was why I was abducted, which I survived.

And my boyfriend freaking out after drinking my blood.

And all the drama with Mel’s family.

And getting the havens running, which we received so much flack over.

And… A lot. There’s been a lot and it’s sort of a miracle I’ve not been outed or taken out.

Despite the crazy, things are back on track with Darby and I’m enjoying my fun with Hudson. I wish I could say the same about Craftsman, but I can’t. Things aren’t going well there and I don’t know what to do about it.

But there’s already so much on my overflowing plate I’m not sure I can handle him and what’s going on between us—or lack of it. My focus needs to be on Faerie and my people, the fair folk who need me to protect them.

So why does it hurt so much?

At least I have a lot to keep busy with, like our friends starting their business, and the Power Playoffs… Except both come with problems and threats that I can’t hide from or ignore.

So much for the rest of the semester being calm before summer break.

Artemis University is an ongoing hot burning reverse harem, university-age paranormal academy series with darker elements, strong language, violence, and a heroine who follows her own moral compass of what is right… And who she ends up giving her heart to.

Where to begin as these books are packed with the events in Tamsin’s day to day life. The book starts with the soiree for the witches designs where Tamsin again sticks up for someone being bullied. Not a student this time but a dragon. Lady Jane, is a beautiful woman but her mate’s true love advises her on clothing, none of which is flattering. Hearing Lady Jane’s thoughts has her confronting the man and boy does that start some interesting developments. Of course that’s not the only thing that happens at that party.

Then there’s the Power Playoffs, Julian Craftsman as her advisor wants her to withdraw, since the rules have been changed to try to out her species for all to see. Tamsin on the other hand is preparing with the help of Mel to maybe win if she’s smart about it. Although that whole debacle opens yet another can of worms.

We ended up in his lecture hall and he plopped me down on his desk, crossing his arms over his chest and staring me down when he probably saw in my aura, I was about to storm right back out of there. Instead, I copied the gesture—mocking him as much as I could in something so simple—and glared back.

I was so into our staring match I didn’t realize at first a few other people were there until Headmaster Edelman cleared his throat.

Craftsman sighed. “I never said you were stupid, duckie.”

“Don’t call me that,” I snapped, knowing he used it in place of “love” when others were around. “Don’t try to charm me when you’re being a dick.”

“Oh, this is going to be entertaining,” Professor White commented as she walked in with a few others of the faculty who knew about me. She smirked at me when I glanced at her. “Professor Richardson snitched on you. As charming as he might never be, he is a good soul and wants to keep you safe.”

Craftsman frowned. “So do I, which is why I said going forward like nothing changed is stupid, not that you were. I didn’t say you were for doing it. I said the plan was.”

“I don’t think I need to explain context to the professor who fucking teaches runes and lectures that intent makes the magic happen,” I snapped. “Your huffing, tone, and flat out dismissive attitude like I was being a child said lots without saying it to my face, Doc.”

He flinched, dropping his arms and blinking at me. “That’s—” he tried to defend but I wasn’t nearly done.

I jumped to my feet and shoved at his chest. “But you were being the idiot. All you were focused on was that one thing and my being humiliated there. So what if I lose? I might get hurt that day. So what? I mean so what? What about the rest? What about the bigger picture? What message will others take away if I throw the competition? You weren’t hearing me that there was more to this!”

He grabbed my hands when I tried to shove him again. “Like what?”

“Like Von Thann is setting her up,” Zack drawled.

I yanked my hands away from Craftsman and locked the lecture hall, throwing up a barrier when I saw everyone was there, all the usual suspects which somehow now included Lucca. I narrowed my eyes at him for a moment but then focused back on Zack. “How did you know?”

He snorted. “Because you wanted to kill him. You were pissed at the other parents and shitheads that plotted this but him you wanted to kill. There was something more to that all school meeting and his gloating announcement. You were so focused like when you’re listening to thoughts and then…”

“Everything about you turned murderous,” Ray explained. “Not just furious but murderous. I thought you might leap up on stage and slit his throat your aggression shot up so fast.”

“It was a thought,” I admitted.

“Set you up how?” Craftsman demanded, glancing between us.

“Yeah, I want to know that too because I thought I had a good grasp on what was going on,” Mel added, giving me a look like she might strangle me.

I winced. “In my defense, I didn’t tell you because I thought you might kill him.”

“I almost did,” Lucca drawled. He gave me a pitying look and answered for me. “Father decided if he can’t have Tamsin under his control as his pet fairy that he’s the gatekeeper for access to as the last one, including who breeds her, he’s going to out her. He thinks that will force her hand to beg for his protection. That’s his plan.

“He used the other parents who want to get revenge for either humiliating their kids by her being better as an unknown mutt among elites or those she’s started trouble with according to them. He came up with a way that he thinks will back her into a corner and she’ll out herself as being a fairy. He can’t figure a way she’ll compete and not expose herself as she’s too stupid not to withdraw.”

“It’s not being stupid,” I growled.

“I know, I know,” Lucca concurred, holding up his hands in surrender. “His words, not mine. I agree.”

“So do we,” Zack muttered, gesturing to himself and Ray.

“I’m missing the bigger picture where it’s a good idea to take the risk even more so now that the goal is to out you as a fairy,” Craftsman admitted.

I went to blast him but I saw the panic in his eyes and it quelled some of my upset. Part of me wanted to actually comfort him because even I could sense the fear coming from him that the supe world would find out I was the last fairy and in such a big way, live streamed no less.

“Everyone is watching her right now,” Professor White surmised, tapping her fingers against her lips as her other hand cupped her elbow. “It’s the main reason no party who wants her has made a move—too many eyes on her. However, if she throws the competition, basically shows our world that she came out of the gate fast but fizzled out—”

“She would lose interest with some parties,” Zack confirmed. “Others would follow thinking it was all overblown or spun rumors and move onto the next whatever. That would give any who know she’s the real deal the chance to make a move once less people are watching. So from a security standpoint, your idea she tank the competition is about the most dangerous thing for her. Idiot.”

Craftsman had a very eloquent reaction to that.

Now aside from the kicking butt that occurs, there are more developments with her love life. She’s mad at Craftsman, then there’s some interesting things with Hudson and Lucca, I didn’t see that one coming. The other thing involving them, well I did mostly figure that one out. Have I mentioned Hudson’s parents are pretty awesome?

Some circumstances are kind of dire and there’s things with the Rothchild Clan that had me in tears. Then more with Darby and his family. I mean dang can’t this girl catch a break.

More interesting projects for Tamsin to invest in, and the ‘book’ at the villa in Spain had me crying once more.

I am already starting the next book in this series, I think I may be addicted.

But I have to add a Hiss for editing as a couple of my pet peeves were in this book. 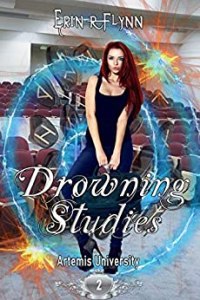 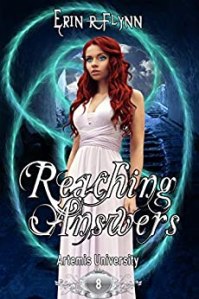 Erin is a born Chicagoan who decided to state hop a bit, given she works from home. She currently resides in Georgia with her pup, Lord Vader Flynn. With an eclectic and addictive personality, there isn’t much that doesn’t interest her or she won’t pour herself into if it catches her fancy. She has always been interested in the darker aspects of life and mythologies—especially vampires, shifters, the occult, and anything paranormal.

To date, she has published more paranormal books than she can keep up with the characters for, in different genres with dedicated readers who await each release to her numerous series under any of the three Flynn names she writes.