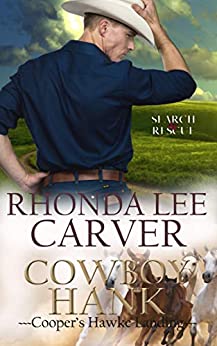 When he met her, she needed him…but he realized he might need her more.

Being on the run, homeless, and hungry, it seemed fate had led Helena and her daughter to Cooper’s Hawk where everyone was welcoming, especially one cowboy who took a protector role. She wasn’t a damsel in distress, but she wasn’t prideful either. She’d do anything to keep her daughter safe.

Hank Hawke wasn’t a stranger to challenges. His scars ran deep, but the invisible scars ran much deeper. Coming home from a tour in IRAQ after a bomb explosion killed men in his unit, and left him seriously injured, he had to rebuild and reshape his life. The last thing he needed was a woman with a lot of trouble showing up to breach the secure wall he’d placed around himself, and his heart. However, a cowboy was allowed to change his mind.

Trust wasn’t easy for Helena or Hank, but can they learn to overcome the past to have a future? Are they strong enough to combat the demons? Can Helena hide in a small town where everyone knows everyone…and everything. Someone from the past wants her to pay a price, but Hank will protect her, and her daughter, against all monsters.

Helena left the man her father wanted her to marry at the alter. She picked up her daughter, emptied her savings account and started driving. She’d pulled off the main highway to get gas and still hasn’t found the gas station the sign referred to, when her cell rings. She pulls to the side of the road and shuts the engine to answer. Her best friend is calling to be sure she’s okay. Helena wasn’t sure she and Freya are but she’s doing the best she can. Which right at the moment wasn’t very good, but they were safe and together. After the conversation Helena’s car won’t start and she’s contemplating what to do. The sign she saw said Cooper’s Hawke Landing 5 miles, but she isn’t sure how much of that she’s actually gone.

A truck stops and the driver and older man offers her a ride to town. It takes a bit of convincing but she agrees, at least to the edge of town, or so she thought. She was further from civilization than she realized when she refused to let the man take her further. Now walking in the rain carrying her daughter who had taken off her shoes again and is barefoot. She’s relieved when she sees the sign for Pelican Hawke a bar and grill. She couldn’t bring Freya inside but maybe there was some shelter in the back.

Hank is the owner of Pelican Hawke and when we meet him he’s having a nightmare flashback. He doesn’t get them often anymore thanks to medication and therapy, but it was a long day on Search and Rescue. When he goes downstairs to his office he’s watching the security cameras. He sees Helena enter the bar and realizes she’s a stranger in town. However when he sees her steal a sandwich he gets a bit angry.

Discovering her plight Hank asks her to come into the kitchen of the bar and have something to eat.

Hank hung up, left his phone on the desk and went back into the kitchen.

“All okay, my friend?” George whipped something in a glass bowl.

“You look a bit out of sorts.”

“Can you make some food—” The back door opened and Hank’s explanation disappeared with a hiss of breath. Helena and her daughter stepped inside. Now that the little girl was awake and standing on her own two feet, barefoot, Hank could see the similarity between mother and daughter.  “Hi,” he said to them both.

“I-I hope it’s okay.” Helena swiped a glance between Hank and George who if was surprised hid it well. Some of her natural color had returned but the suspicious element in her eyes remained.

“Ladies, this is George, best cook this side of Montana,” Hank introduced the man who greeted them with a smile.

“I’m Helena and this is Freya.”

“I’m Hank,” he told the child who stared up at him with wide doe-like eyes. She held her mom’s hand and partially hid. “Come and have a seat. George can make you whatever you like. Right, buddy?”

The man must have been in a semi-trance because it took him two seconds to answer. “Sure. Anything you want. I bet you like chicken tenders,” he said to Freya who answered with a nod that was so small it could have just been a movement.

“How about you, ma’am?” George asked, already gathering ingredients.

“Don’t worry about me,” she answered quietly. “I’m not hungry.”

Hank studied her face. He didn’t know her, but he could see by the set of her jaw that pride kept her from accepting a handout. Was she scared he’d ask her for payment?

“Ah, come on,” George said. “It’s not often I get to prepare a meal for special guests. Can I interest you in a cheeseburger and sweet potato fries, not to toot my own horn, but it is my specialty?”

There was only a second’s hesitation. “Sure. I appreciate it.”

“Come and sit down.” Hank pointed at the bar stools organized around the wooden kitchen island.

Once they were seated, Hank washed his hands and dried them then nervously stuffed them into his front pockets. What had come over him? He’d met plenty of petite, pale, suspicious women in his day so what made her different?

Helena laid her hands politely in her lap while Freya stared at him.

Feeling like he needed to do something quick, he asked, “Can I get you both something to drink?”

“Can I have cherry pop?” The little girl asked with big eyes.

“We’ll take water,” Helena cleared her throat and resituated herself on the stool. Little, spirals of hair had stuck on her long, lithe neck and other curls had weaved their way around tiny, sparkling earrings which seemed out of place compared to her outfit.

Realizing he had steered off track, he stepped over to the refrigerator and grabbed two bottles of water and placed them on the table. Then he grabbed the bottle of brandy from the cabinet and poured a small amount, not enough to get a person drunk but enough to take the chill off. He pressed the small glass into the woman’s hand who looked at him like he’d grown horns. “Just enough to take the chill out of your bones.”

She made several swipes from the amber liquid back to him as if debating what she should do.

He started to get the idea she would hand the glass back to him. “It’s only a swallow but if you don’t want it—”

She took a sip. Her slight quiver told him she savored the pool of warmth in her stomach that would soon spread to the rest of her body. He knew that look all too well from a time when he’d relied on the bottle to warm him too…but not from the cold weather.

“Can I have some?” Freya asked.

“If it’s okay with your mom I can make you hot chocolate,” Hank offered, receiving a nod of approval from Helena.

While he went about preparing a cup, she emptied the brandy. When he set the cup of steaming hot chocolate piled with marshmallows in front of Freya she appeared excited as if he’d just given her a bowl of candy. “Be careful,” Hank said. “It might be a little hot.”

When George placed their plates on the table, they dug in. Freya snatched up a handful of fries and rammed them into her mouth.

“Slow down or you’re going to choke,” Helena said to her daughter.

She slowed shoveling the food in but only slightly.

Helena went about eating with more refined control. She shook out a napkin and laid it over her lap, and Hank was caught by her proper manners. Not that anyone in her situation couldn’t have manners, but there was a quality about her behavior that told him she’d been taught proper etiquette.

Hank gave them a few minutes of uninterrupted eating before he finally asked, “Are you two just passing through?”

The creases around her eyes returned and he realized he’d crossed a line he didn’t even know was there.

“I’m going to take a break.” Whether George sensed the tension or truly needed a break, Hank couldn’t be sure but alone with the woman and her kid he felt a bit awkward. He couldn’t seem to get his communication right.
Rhonda Carver. Cowboy-Hank-Final-with-toc (Kindle Locations 658-700). Kindle Edition.

A warm dry place for the night in the form of Hank’s apartment over the bar, allows Helena and Freya to have a good night sleep. Now comes the hard part, her car, a job and a place to stay. All of these happen because of Hank.

Trusting isn’t easy for Helena but gradually and with some gentle persuasion from Hank, her story gets told. They also acknowledge the attraction between them. Helena still isn’t sure this is where she wants to stay but the signs are it would be a good place to settle with Freya.

A search and rescue and a fugitive add some intrigue.

I loved seeing Hank’s family together, it was a fun gathering.

A courtship, with fun, intrigue, some suspense and of course some sizzling heat. 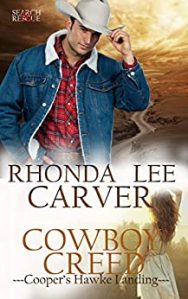 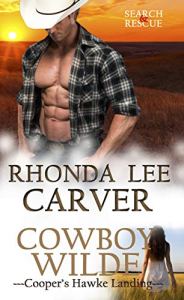 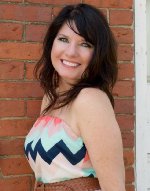