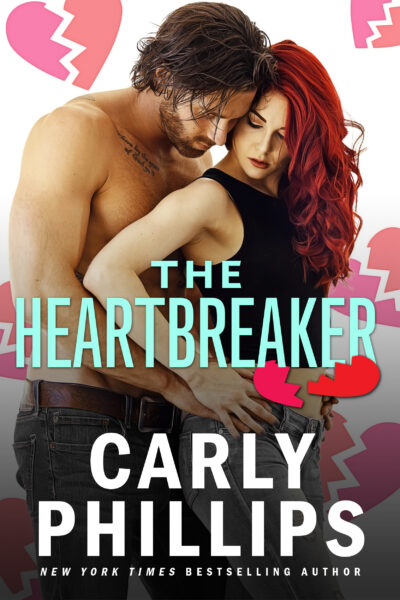 As the eldest of three rebel-rousing brothers, Chase Chandler has waited a long time to leave his small-town roots behind. All bets are off when the single journalist meets a redhead who arouses a lot more than lust. Yet Sloane Carlisle isn’t just any woman. She’s a senator’s daughter who is about to thrust him into the eye of a breaking political scandal-and a shot at a story that’s already making headlines. All Chase has to do for an exclusive is keep her out of harm’s way. A woman who refuses to play the Washington game, Sloane has just been hit with a bombshell that calls her entire identity into question. Feeling vulnerable, she does something completely out of character: She spends an incredible, passionate night with a handsome stranger. The last thing she expects is to ever see him again. But when she goes to the Chandlers’ hometown of Yorkshire Falls to uncover the truth about her family, there he is! Not only that, her sometime amour Chase Chandler is sticking closer than a Capitol Hill groupie and igniting more sparks than the Fourth of July. Suddenly a guy who has always steered clear of marriage is falling for a serious-minded woman with a family secret that could land them both in danger. If they survive the fallout, what will it take to get Sloane to say the two words that could turn the town’s most eligible bachelor into the world’s sexiest spouse?

As this book opens Chase Chandler lands at Dulles Airport, finally having the opportunity to step away from the Yorkshire Falls Gazette and maybe make his mark in journalism. His brother Roman, an op-ed columnist for the Washington Post, meets him. It really is about time the oldest Chandler brother spread his wings a bit. The link that makes this trip plausible is that Senator Michael Carlisle’s deceased wife was from Yorkshire Falls and the man is now a top pick to run for vice president. Roman also drops some hints about Sloan Carlisle, totally not related to her father’s announcement.

Sloan Carlisle is about to have dinner with her father and step-mother. It’s the eve of his announcement to run as Vice President. As she approaches their hotel suite she overhears her father’s manager, Franklin Page, arguing with his aid Robert. The subject is her paternity and what they say turns her life upside down. As she tries to come to terms with what she’s learned she heads to a bar away from where she might be recognized. A bar that Chase just happened to be having a night cap at.

He ordered a beer on tap and took in the scenery, which consisted of a pool table, a small, scarred dance floor, varied beer signs hanging on old paneled walls, and not much else. Until the door opened and she walked inside, a vision in a dress so pink, so short, so bare, it ought to be illegal.

No matter what his brother thought, Chase wasn’t a monk. He’d just kept his social life discreet in deference to his fatherlike status, and over the years, the habit stuck. Most recently he’d hooked up with Cindy Dixon, who lived in Hampshire, the next town over. They were friends who’d begun sleeping together when the whim struck, neither wanting to be indiscriminate in this day and age. The arrangement satisfied Chase physically, but no longer inspired him, so he wasn’t surprised when this sexy siren captured his attention.

Russet-colored hair cascaded past her shoulders in thick waves, making him itch to run his fingers through the unruly strands. Chase tightened his grip around the bottle and let out a slow groan. One glance and he wanted to know her. All of her.

“She’s a hot number, all right.” The bartender swiped the counter down with his rag. “Don’t think I’ve seen her in here before. I’d remember if I had.”

Chase wouldn’t be forgetting her anytime soon. The combination of sultry sexiness in her appearance and the inherent vulnerability in her expression as she settled in beside him made one heck of an impression.

“What can I get you?” the bartender asked, leaning across the expanse of the bar, too close in Chase’s biased opinion.

“Hmm.” She pursed her lips as she thought. “Scotch straight up.”

Chase cocked an eyebrow, surprised. He’d have voted for a cosmopolitan or a white-wine spritzer.

“You sure about that?” the bartender asked. “A big drink like that doesn’t mix well with a little thing like you.”

She squared her shoulders, clearly offended. “Last I heard, the customer was always right,” she said in a haughty tone more due a blue blood or politician than the sprite she appeared to be.

Chase grinned. Obviously, he could add gumption to her list of attributes.

“It’s your choice,” the bartender replied. “Just don’t say I didn’t warn you when I have to confiscate your car keys.”

“Then it’s a good thing I took the Metro,” she shot back.

“Point, to the lady.” Chase laughed.

“Thank you,” she said without bothering to look his way.

The bartender placed the glass filled with amber liquid in front of her. “Remember, I warned you.” He headed for a new round of customers at the end of the bar.

She stared at the contents a moment before lifting the glass for an experimental sniff and wrinkled her nose. “Still smells as vile as the last time I tasted it,” she said to herself.

Chase laughed. Again. Twice in a matter of minutes. A record for him. A testament to the staid life he lived and a tribute to this woman’s effect on him. He was beyond intrigued. “Then why order it?” he asked her.

“Heavy-duty stuff for a heavy-duty night.” She shrugged but didn’t lift her stare from the glass.

Chase wasn’t insulted. Her preoccupation was obvious and from her words, so was her pain.

“Bartender? Give me the same,” Chase said when the other man glanced over.

“What are you doing?” she asked, surprised.

“Joining you. It’s unhealthy to drink alone.” She looked his way at last and a burst of raw sexual energy exploded inside him, knocking him off balance.

Apparently, he wasn’t alone because gratitude and a hell of a lot more flickered in her golden gaze. He thought he’d been prepared, but it had been too damn long since he’d felt anything beyond the ordinary for any woman or any thing. Since stepping off the plane in D.C. a few short hours ago, the world had opened up for him, offering myriad possibilities. He wanted her to be one of them.

“Here you go, buddy.” The bartender slid the glass Chase’s way. “She just became your responsibility,” he said, and walked off to help the thickening crowd.

She flicked a long strand of copper hair back off her shoulder. “I can take care of myself.”

“I’m sure you can.” He raised his glass, waiting while she did the same. “Cheers.”

She inclined her head. “Cheers. Wait. It’s proper to toast before drinking, and I always do the proper thing. To …” She paused, nibbling on her full lower lip.

His mouth watered, since he wanted nothing more than to suck that luscious, full pout into his mouth and taste her. “To?” he prompted.

“Life’s dirty secrets.” She clinked her glass against his.

The sound echoed inside him as did the raw anguish he sensed inside her. “I’m a good listener,” he said, then mentally kicked himself. He wasn’t looking to be her friend, when he’d rather be her lover.

Instant attraction, instant lust. He’d never experienced the surge quite so strongly before. He wasn’t about to walk away from it now. Not on the night that represented the beginning of his new life. To hell with his usual sense of caution. It was time to leave the noble Chase Chandler behind and act on his desires.

“Thanks, but … I’d rather not talk.” The flickering in her gaze told him she desired something more. Something from him.

Something he was all too willing to give.
Carly Phillips. The Heartbreaker (Kindle Locations 172-216). CP Publishing.

An interesting and seriously hot night ensues but Chase is left alone by morning. Sloan figures she’ll never see him again and had given him only her middle name when she finds he’s a journalist.

Roman has arranged for Chase to have an exclusive one on one with Madeline Carlisle, what she requests of him is a bit unusual but he is willing to keep an eye on her daughter Sloan in his hometown. It’s the picture she shows him of Sloan that shocks him though. The beautiful woman he just spent the night with is Sloan Carlisle.

Things get pretty interesting once Sloan hits Yorkshire Falls, the small town is quite the gossip mill and Sloan does manage to get an address for the man believed to be her father. That home exploding just as Chase arrives behind her is just the beginning of the suspense and intrigue that now surrounds her life.

Chase manages with the help of Rick to convince her to stay with him for her protection. Not an easy task, and the chemistry between these two is off the charts.

A page-turning read with fun, intrigue and sizzle. Plus all the secrets revealed as this trilogy comes to a satisfying end.